India has overtaken Russia in overall coronavirus infections, pulling into third place globally behind the US and Brazil. Authorities have reversed a decision to reopen the Taj Mahal as case numbers continue to spike. 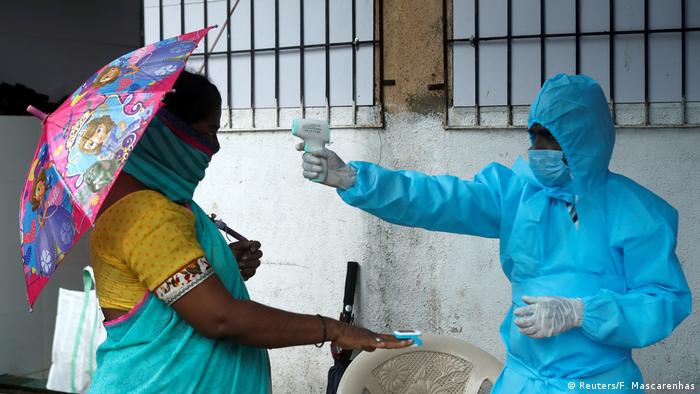 According to the country's health ministry, over 24,000 new cases were confirmed on Sunday, bringing the total number of infections in India to 697,258. Russia currently has just over 681,000 cases.

Just under 20,000 people in India have died from the virus, far fewer fatalities than other badly hit countries have registered.

India on Sunday announced it was reversing its decision to reopen the Taj Mahal, the country's most famous tourist attraction, in the city of Agra, 200 kilometers (125 miles) southeast from the capital of New Delhi. Agra was the site of one of the country's first big clusters of coronavirus and remains the worst-hit city in Uttar Pradesh, India's most populous state. 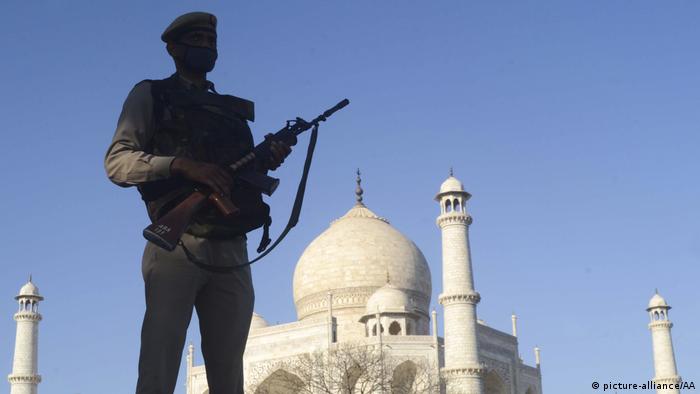 Major cities have been hit hardest by the outbreak, with around 100,000 cases in both New Delhi and Mumbai. New Delhi recently opened a new, temporary hospital outfitted with 10,000 beds to accommodate the growing caseload.

Other cities have tightened restrictions to public life. The state capital of Kerala, Thiruvananthapuram, on Monday instated a new lockdown that shut down public transportation and allowed only pharmacies to remain open.

The move came after hundreds over new cases emerged across the state, which had previously been praised for reining in its outbreak.

Prime Minister Narendra Modi last week said India had brought the coronavirus death rate "under control" but stressed that the country is at a "critical juncture." He called for greater adherence to health guidelines and stricter enforcement of social distancing.

Most recently, the prime minister temporarily put aside the coronavirus crisis for a Friday visit to the country's Himalayan border region, where Indian and Chinese troops clashed in a deadly standoff last month.