It's the first election in the region since the Indian government stripped Kashmir of its semi-autonomous status. The win for the PAGD shows that Kashmiri people want their region's special status back, say lawmakers. 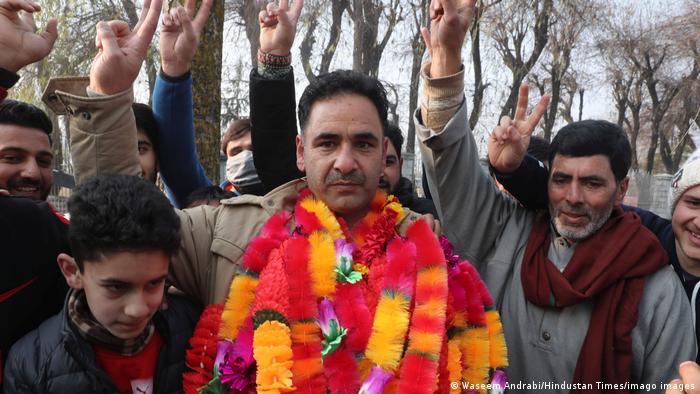 An alliance of parties in Indian-administered Kashmir, opposed to the government's policies in the region, has won a majority of seats in local elections.

The Peoples Alliance for Gupkar Declaration (PAGD) won 112 out of a total of 280 seats in District Development Council elections. The group is pro-India but favors self-governance in Kashmir.

The BJP won 74 seats. Most of these came from four Hindu-majority districts in the Jammu area where it has significant support.

The elections were held in a staggered eight-phase process between November 28 and December 19.

There was around a 51% turnout from the 6 million eligible voters. The Electoral Commission called this "the biggest festival for democracy."

Results for a few remaining seats will be announced later.

A vote against Article 370

Mehbooba Mufti, president of the state political Jammu and Kashmir Peoples Democratic Party (JKPDP) said the win for PAGD have made it clear that the people of Jammu and Kashmir rejected the unconstitutional decision torepeal Article 370 — the article in the Indian constitution that gave special autonomous status to the region.

"They have overwhelmingly supported PAGD which stands for restoration of J&Ks [Jammu and Kashmir's] special status," added Mufti.

Why are these polls important?

The election is part of a process in which residents directly elect their village representatives, who then vote to form development councils for clusters of villages.

Members for the larger District Development Councils are also directly elected. Members are responsible for economic development and public welfare but have no legislative powers.

At one booth in the Kashmir valley, a voter told the news agency AFP she had voted "to facilitate development work, like paving the roads."