Indian Prime Minister Narendra Modi has overhauled his Cabinet dropping a total of 12 ministers, including those in charge of health and education. 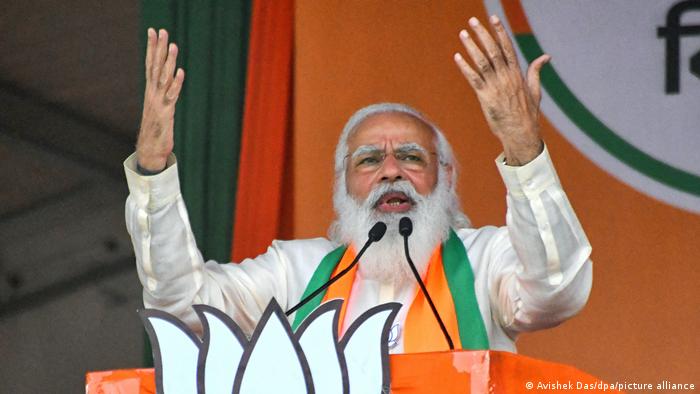 Among those asked to step down was Health Minister Harsh Vardhan — seen as an acknowledgment of the government's disastrous response to the coronavirus crisis.

The exit of Information and Broadcast Minister Prakash Javadekar, responsible for the government's media management, came weeks after Modi faced a barrage of bad press, mostly in the foreign media.

Later in the day, Modi swore in 43 new ministers in a major reshuffle that saw at least six junior members promoted. The council was also enlarged from 52 to 77 members, just three shy of the constitutional limit.

Home Minister Amit Shah, the number two in Modi's government, was also put in charge of the newly-created Ministry of Cooperation. The precise purpose of this new department is still somewhat unclear, even in India.

Wednesday's departures and the new additions signal the first change to Modi's Cabinet ahead of important state elections early next year.

It also comes as the country attempts to speed its vaccination program while bracing for another possible wave of infections.

India has logged more than 400,000 COVID-19 deaths since the pandemic began, the world's third-highest death toll behind the US and Brazil.