Independent report details anti-Roma discrimination in Germany | News and current affairs from Germany and around the world | DW | 06.07.2021

Sinti and Roma face ongoing discrimination in Germany, an independent commission has found. 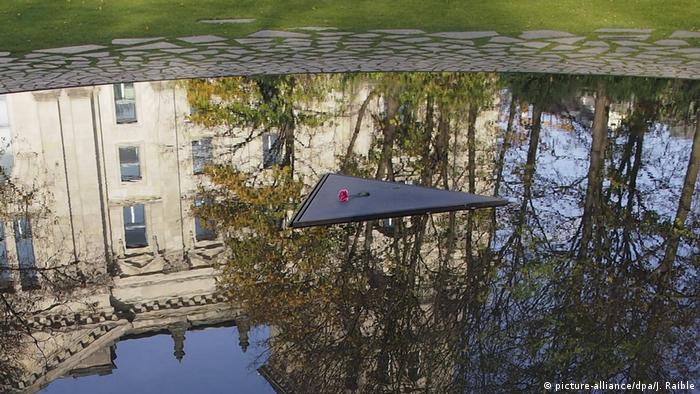 The German parliament asked the Independent Commission on Antigypsyism (UKA) to analyze the situation of Sinti and Roma in Germany. Its report shows that the ethnic minority groups still face discrimination in Germany and sets out how to tackle the problem.

The foreword of the report clearly outlines what exactly the UKA means: "It requires a fundamental shift of perspective in society in order to recognize the relevance of antigypsyism and to critically reflect upon and seek to overcome interconnected structural and institutional power relations."

The UKA calls for a policy that aims to make good for the injustices meted out to Roma Holocaust survivors and their offspring even after World War Two.

The UKA recommends the appointment of a government commissioner to fight antigypsyism and an independent circle of advisors, the creation of a standing committee of the German federal government and the German states, as well as full recognition of the Nazi genocide of the Sinti and Roma. In addition, the report says it is imperative to set up a commission to deal with injustices done to Sinti and Roma in post-war Germany. The results of the report are based on three large-scale and several small-scale studies to analyze the needs, challenges and demands of the Sinti and Roma communities and their own organizations in Germany.

Social worker Isidora Randjelovic was in charge of one of the studies and describes the effects of lifelong trauma upon one of the interviewees:

"One woman was born in a concentration camp, survived, and, as a young woman, cared for her sick parents who were deeply scarred by their experiences in Nazi detention. The family's apartment had been expropriated and they were not paid any compensation. They lived in barracks assigned to them by city authorities after the war. There, they were subject to regular checks by social workers and the police. In the 1980s she and her family were shot at when they were on holiday on a campsite by an armed gang.

But when the police arrived, they did not search for the perpetrators. Instead, the traumatized family were asked what on earth they thought they were doing there. And the story doesn't end there:

In the late 2000s the same woman was the victim of a racist attack when she was out walking in a park  — a man kicked her about the body several times. The woman did not seek medical treatment because of her bad experiences. Later, she suffered renal necrosis and ultimately lost a kidney."

Hajdi Barz was the coordinator of a study conducted by the University of Applied Sciences in Mittweida. It illuminated the possibilities of strengthening and consolidating participative structures of Sinti and Roma organizations in Germany. She clearly describes what these groups say is needed:

"Political will was given its own chapter in the study for the sake of visibility because a relevant part of the recorded cases of discrimination takes place in interaction with the structures of state institutions. In concrete terms, that means: Sinti and Roma organizations are not just fighting against racism — they are also affected by it. In addition, the representatives of community interests are barely protected from being treated as perpetrators rather than victims, from hate speech and physical violence."

Nothing without asking us

This makes it all the more important, says Barz, to involve Sinti and Roma in the work and decisions made about them in order to be able to correctly gauge their needs:

"The study was created with the participation of people from the communities and thereby embodies the participative approach, which is also being called for by the majority of self-organized groups. Often people speak about Sinti and Roma without asking for their opinion," she said. In Germany, many Sinti and Roma feel they are seen as second-class citizens

As a result, she believes that a lot of knowledge and skill is being missed out on. She says the study shows the broad thematic diversity and transcultural competence of the community groups.

However, this much-needed engagement is, according to the study, continually under threat as a result of financial shortages or short-term funding. This stops the establishment of stable structures and the production of sustainable results. More than 90% of all Romani organizations — including local, national and international associations, initiatives, umbrella organizations and foundations — are calling for more support for their work.

The UKA report also deals with the role of the media. Isidora Randjelovic says that it helps cement stereotypes: "One of the reasons for the lack of knowledge and the creation of myths in collective perception is the strengthening of stereotypes in the media, the distortion of information and the emotionalization of news in the context of Sinti and Roma communities."

'An issue for all of us'

The German parliament discussed the UKA report on June 24. Several parliamentarians stressed Germany's special responsibility in the fight against antigypsyism. Helge Lindh (SPD) pointed to the fact that the phenomenon did not just exist in far-right circles:

"Antigypsyism is not just an issue for the others and the Nazis. It is an issue for all of us. Including us democrats. If we do not grasp that, we will never be able to achieve justice for Sinti and Roma in this country."

The Central Council of German Sinti and Roma welcomed the debate. In an official statement, it said the fact that the German government and parliament had concerned itself with the commission’s report and its recommendations was "an important step both for the minority group and for the democratic health of our society."

It will only become clear in the next legislative period what will actually be implemented from the BKA report.