In U-turn, Germany backs Google and Apple on virus app

The government has ditched a German-led alternative after pressure over privacy concerns. Berlin says it now favors an app backed by US tech giants that stores data on users' phones rather than a central database. 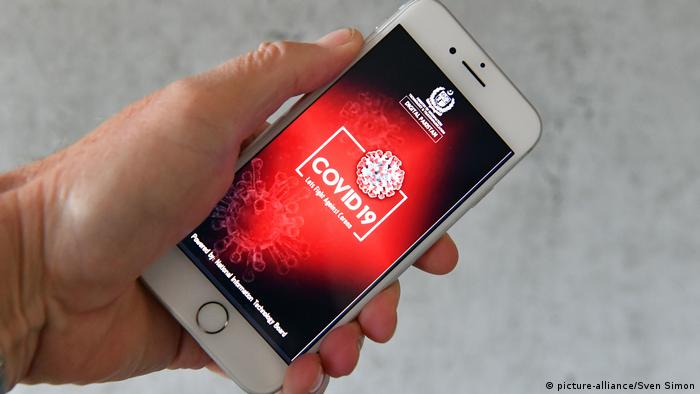 Germany on Sunday changed course over which type of smartphone technology to use to trace coronavirus infections, backing an approach supported by Apple and Google.

Health Minister Jens Spahn and Chancellor Angela Merkel's chief of staff Helge Braun told the Welt am Sonntag newspaper that Berlin now favors a "decentralized software architecture" that would see data stored on users' phones instead of on a central database.

PEPP-PT had faced growing criticism over its plan to store data on a central server. Hundreds of scientists signed an open letter last Monday warning that the technology could allow governments to gather personal information, leading to mass state surveillance.

They said an approach being developed by Apple and Google, whose operating systems run most of the world's smartphones, was more privacy-friendly. The tech giants plan to collaborate with apps like the Swiss-led DP-3T, which would see data stored on individual devices.

Read more: Apple, Google team up to make software to slow down spread of coronavirus

Fraunhofer HHI was told on Saturday that it was being taken off the project, correspondence seen by Reuters showed.

"The project will be handed over and others will be able to make use of the results we have achieved so far to build a decentralized solution," Fraunhofer HHI head Thomas Wiegand said in a message to colleagues.

Nations are rushing to develop apps to assess at scale the risk of catching COVID-19, where the chain of infection is proving hard to break because the flu-like disease can be spread by those showing no symptoms.

The app will alert smartphone users when they have been in contact with someone infected with the virus. The rollout is considered crucial in the fight against the pandemic as countries like Germany relax their lockdowns.

Germany has repeatedly stressed that the use of any coronavirus app would be voluntary and anonymous, in a country still haunted by the spying of the Nazi era and the former East German secret police.

Video-conferencing platform Zoom issued an apology over privacy and security issues, as it prepared to introduce new safety measures to address concerns raised by many governments around the world. (17.04.2020)

Opponents of the rollout of a new 5G data network have damaged and set alight several towers in the Netherlands. Activists have expressed concerns over possible health risks and privacy violations. (11.04.2020)