Apple, Google team up to make software to slow down spread of coronavirus

Software developed by two of the world's biggest tech giants will allow users to log other phones they have been physically close to. 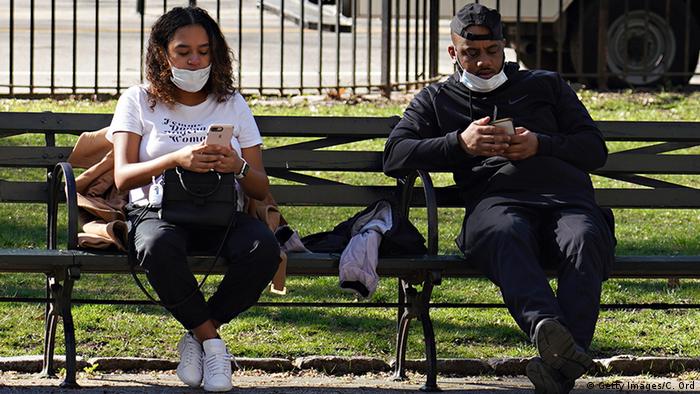 Tech giants Apple and Google said on Friday that they will be collaborating to work on contact tracing technology, to slow down the spread of the coronavirus. This will allow users to opt in to logging other phones they have been in proximity to.

Apple and Google operating systems are used in 99% of the world's smartphones. The contact tracing tool will help people with their smartphones to determine whether they have been close to anyone who has the virus.

"It's very interesting, but a lot of people worry about it in terms of a person's freedom. We're going to take a look at that, a very strong look at that,” said US President Donald Trump about the initiative, in a press briefing.

This would help public health authorities get potentially exposed individuals tested and quarantined in a faster and more reliable manner than currently possible.

Users' phones with the technology enabled would emit Bluetooth signals. Phones within about six feet can record anonymous information about encounters. Both the companies said that the personal data or GPS location of infected individuals would not be tracked by them.

Stanford University lecturer and former external counsel to Google, Al Gidari told Reuters: "This isn't a substitute for testing — you need to know who has it — but it produces actionable results so people can act responsibly, self-isolate and reduce anxiety in the community as a whole.”

The software is expected to be rolled out in May. It is unclear whether the technology would be internationally available. Google will launch it through their Play Store, whereas Apple will release it as a software update.

Similar apps, rolled out in different countries have attracted the attention of privacy advocates.

However, Pam Dixon, executive director of the World Privacy Forum, told the Associated Press she had been reassured by Apple that it would protect people's privacy.

"I think they've taken care of some of the really big problems,'' Dixon said, noting the companies say they can turn off the system
when it's no longer needed. "The government is not going to have identity information of those testing positive.''

Sensitive information will reportedly stay on individual phones in encrypted form, no personally identifiable data will be collected, and
alerts would be handled by public health agencies, not the tech companies, according to briefing paper seen by The Associated Press.

So-called quiet quitting is the act of doing exactly what the job calls for and nothing more. Now workers are using their free time and peace of mind to find new ventures.