In eastern Germany′s Görlitz, fear and understanding after AfD election win | Germany| News and in-depth reporting from Berlin and beyond | DW | 28.09.2017

The right-wing AfD was the strongest party in Germany's eastern state of Saxony in parliamentary elections last Sunday. DW's Daniel Pelz went to the city of Görlitz to find out how residents feel about the results. 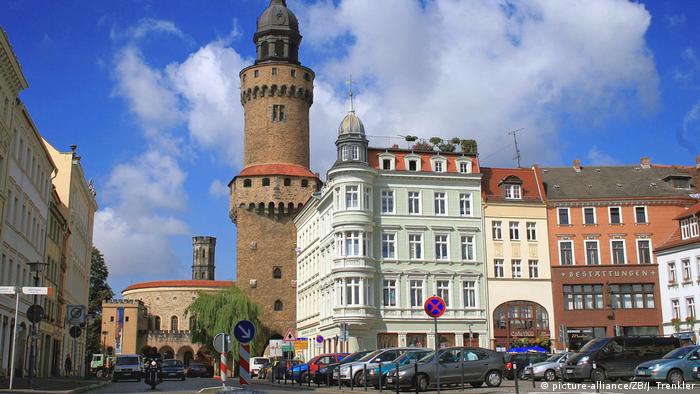 The AfD fared well in the eastern state that borders Poland

When the news of the AfD's election victory in Görlitz came through, Johannes Hübner was no longer in the right mood to party. On election night, he was busy celebrating the first anniversary of his Cafe Hotspot. "On Sunday night, it was a shock, but it had not fully come through. On Monday morning it felt like a hang-over. I think many people felt that way. You felt like you'd been hit over the head," Hübner says, drawing from his cigarette. His eyes wander along the ivy-clad walls of the cafe's courtyard. 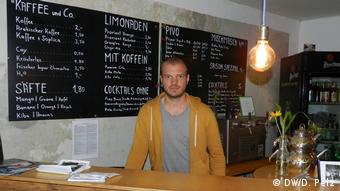 The Cafe Hotspot, situated at the city's Obermarkt square with its ornate merchants' houses, is meant to be a meeting point for refugees and locals. The cafe with its raw gray walls is popular with young residents and students from the local university, who like to sit at the old cable-drums that serve as tables or come to attend concerts and movie nights. And it's one of comparatively few places where locals and migrants meet and talk. Hübner says that he's also gotten used to the racist comments on the Cafe's Facebook page. With the AfD now the strongest political force in town, he's afraid that matters could actually get worse.

"I'm afraid that the discourse in society moves further to the right, that racist and xenophobic positions could become more socially acceptable and more popular. But we have to wait and see what it means for us here", he tells DW.

The AfD won 32.9 percent of the votes in the area in the September 24 elections, pushing Chancellor Merkel's CDU party into second place. Local MP Michael Kretschmer was sent packing after 15 years in parliament.  The constituency will now be represented by the AfD's Tino Chrupalla, a 42-year old painter. 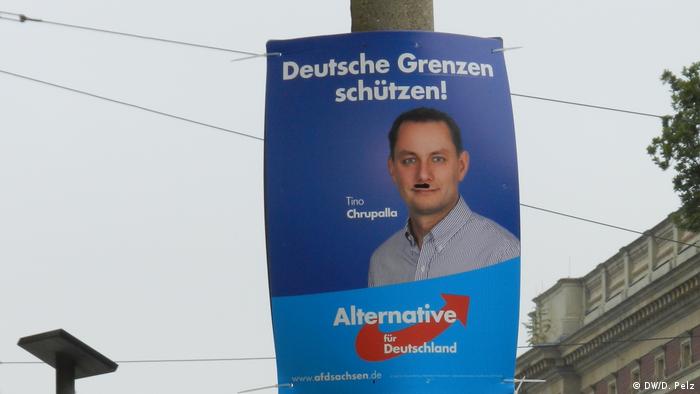 'The result did not come as a surprise'

But few people who are enjoying the bright autumn sun in the city's picturesque old town are willing to talk about the elections. Out of almost 30 people, only seven agree to talk to DW.

"Go away quickly," an old woman snaps who's sitting on a bench next to a fountain. "I'm not talking to journalists," snarls a man in a dust-covered blue workman's overall who is drinking an early-afternoon beer on the next bench. The mood is fractured in the border town, often because of financial concerns

A middle-aged woman with blond hair who's hurrying down the main shopping street nearby is at least willing to provide some clues. "You can understand why it happened. People simply did not see any other way out," she says and walks away quickly.

"It happened out of frustration, because nobody thinks about the people", says a white-haired woman in a red coat. "Many things here are not ok, our pensions for example."

"The election results do not surprise me", says Jolanta Tiedemann. She was born in Poland, but moved to Germany 38 years ago. She doesn't believe that the AfD's success was all about the party or its message: "Many people voted for the AfD because the other parties did not care for them. They were arrogant. I don't think that all people here are nationalists."

There's plenty that the residents of Görlitz are unhappy about. Unemployment has fallen in recent years, but still stands at 8 percent — compared to a national average of 5.7 percent. Many young people have left the region to look for work elsewhere. Crime is also a problem. Car thefts and burglaries are much more common in Görlitz than in many other places in the state of Saxony. Many residents blame organized gangs from neighboring Poland. And many people apparently did not trust the local CDU of Chancellor Angela Merkel, which had been in power since 2005, to solve them.

"We were not close enough to the people. Otherwise the results would have been different. We have to listen to the people now and find out what we can do differently", says Octavian Ursu, the head of the local CDU branch.

Cashing in on the people's concerns

The AfD managed to cash in on such feelings.

"We managed to give the residents a platform where they could express their hopes, problems and concerns", says Sylvia Littke-Hennersdorf, who ran the AfD's local campaign. "We have huge social problems here. Thousands of people fear for their livelihoods. We have carpenters, painters, masons or plumbers who are entitled to a [monthly] pension of maybe 550 or 700 euros after they have been working for 40 years. They wonder how they will be able to make ends meet once they retire, if they will be able to keep their homes or give their grandchildren birthday presents. And they did not get any answers or did not trust the promises they were given."

But in its campaign, the AfD often emphasized other issues. Campaign posters sporting slogans such as "Bikinis, not burkas" or "New Germans? We'll make them ourselves," were criticized as anti-migrant or Islamophobic. The party verbally attacked Germans of foreign descent and promised to drastically reduce the number of migrants. Candidates branded senior German politicians as "traitors". The AfD's lead candidate Alexander Gauland, caused public uproar when he said that a prominent Social Democrat politician with roots in Turkey should be "disposed of" in eastern Anatolia.

It's not clear how such slogans will go down with the many foreigners who regularly come to Görlitz. The city sits right at Germany's border with Poland. Roughly 4,900 Polish citizens work in Görlitz and the neighboring district of Bautzen. The number of Polish employees in the border region has risen in recent years, because many are willing to work for lower salaries than Germans. But the AfD's Littke-Hennersdorf doesn't believe any will stay away after her party's success.

"I didn't hear any such voices. It was necessary to use clear language in the election campaigns so that people wake up. But that's not always our language. I hope this is all a thing of the past, I do not want to hear certain slogans now being used inside parliament."

Someone the AfD has managed to scare with its anti-migrant rhetoric is 23-year old Mohammed Aleleiwi. The Syrian refugee has lived in Görlitz for six months. "They don't like refugees and want to kick us out. We are afraid of that. Maybe we won't be able to live in Germany anymore and there's war at home. I hope it won't get that bad. Many Germans still like us and perhaps we can stay in Germany and have some kind of a future here."

Read more:   AfD in the Bundestag: Can Germany learn from Scandinavia's far-right problem?