Climate change could in future exacerbate international conflicts. Experts say it's already led to a spiraling dispute between Ethiopia and Egypt over Nile river water rights. 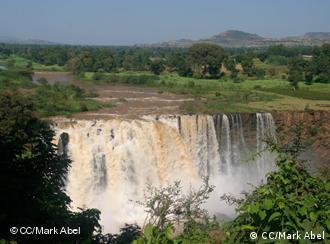 "Water is the only issue that Egypt would once again go to war over!" declared Nobel prize-winner and former Egyptian President Anwar al Sadat.

That threat still holds true, especially for Ethiopia which like Egypt is located in the Nile basin. Ethiopia is pushing for a more equitable water-sharing agreement that would allow for more irrigation and power projects.

Ethiopia's situation is somewhat paradoxical, due to a law that harks back to the colonial era: even though the country is the source of over four fifths of the Nile's waters, Ethiopians aren't permitted to use the Nile to irrigate their fields.

Back when Britain was in charge of most of East Africa, it decided to grant Egypt a monopoly on the Nile river waters. According to this same agreement signed between Egypt and Britain, Cairo may also veto any attempts to use the Nile for irrigation projects made by other riparian states, which include Rwanda, Burundi, Democratic Republic of the Congo, Tanzania, Uganda, Ethiopia, Eritrea and Sudan. 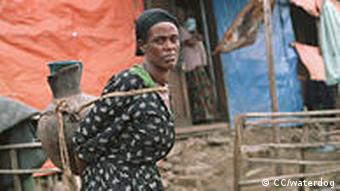 From its source in the Ethiopian Highlands, the Blue Nile flows hundreds of miles north into Sudan and then Egypt before eventually reaching the Mediterranean.

Recently, with climate change increasingly jeopardizing farmers' livelihoods, Ethiopia has been defying the colonial-era law as well as Egyptian sabre-rattling by starting to exploit the massive natural resource which snakes through it.

Six hydropower stations are in the pipelines which will boost irrigation options for farmland. One of the poorest countries in the world, Ethiopia is in dire need of energy sources. Large swathes of the population lack access both to clean drinking water and to electricity.

According to Stephan Roll, an East Africa expert at the Berlin-based German Institute for International and Security Affairs (SWP), Ethiopia's plans will most certainly impede the flow of water to Egypt. Egypt has wasted no time warning that Cairo's water rights are a "red line" which cannot be crossed.

Against this backdrop, it's hardly surprising that the Nile is a matter of national security for Egyptians. 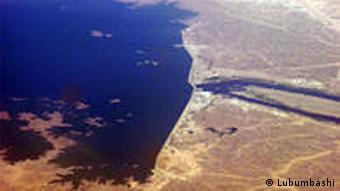 The Merowe Dam in Sudan: Egypt and Sudan control 87 percent of the water resources of the Nile

Since 1999, Egypt, Ethiopia and the other eight riparian countries have been renegotiating Nile river water rights with an intergovernmental Nile Basin Initiative. It sought to develop the river in a cooperative manner, share substantial socioeconomic benefits, and promote regional peace and security. However, no agreement was reached.

The move has threatened a crisis that observers say could, at its most extreme, lead to war. But East Africa experts are confident this can be avoided.

"We need to bear in mind that most of these countries are barely in a position to mobilize their armies," points out Soeren Schollvin from the German Institute of Global and Area Studies in Hamburg.

"A growing water shortage in East Africa is more likely to lead to greater solidarity between the countries there," says Stephan Roll from the SWP.

"Egypt will continue to refuse to use less Nile water than hitherto, but one possible compromise might be for Egypt to have a hand in dam-building projects on the river's upper reaches, i.e.: in the Ethiopian highlands." In return, Egypt would continue to use the Nile's water to meet its basic needs. The water flow could even be thereby stabilized and the quantity of usable water increased.

Roll also moots the idea of an East African water market, which would see riparian states buying and trading water. In his opinion, this would also, crucially, help ease any brewing conflicts.

The polls in Egypt have been marred by allegations of vote-rigging and fraud. Now the question is whether Western nations step up their support for political reform or simply stand on the sidelines? (29.11.2010)

For thousands of years, Egypt has been dependent on the Nile and it uses the lion's share of the river's water. However, other African countries are demanding a fairer approach to sharing the river. (04.11.2010)

A human rights advocacy organization has filed a criminal complaint against a German engineering firm over its involvement in the Merowe Dam project in northern Sudan. The company has denied all allegations. (19.05.2010)