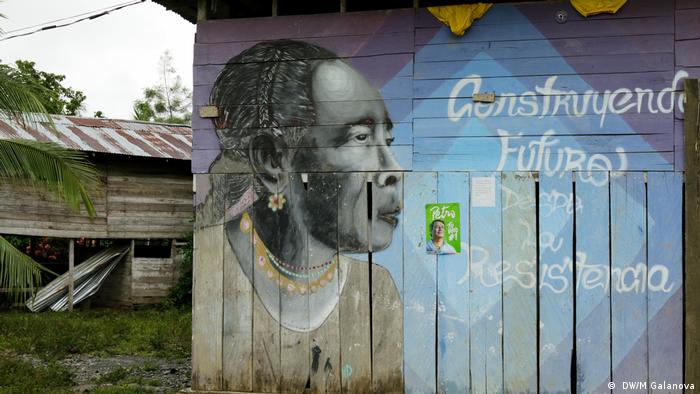 "We have to banish violence as a way of doing politics. They cannot keep killing us because we have different ideas," says Cristian Delgado. He has faced threats for his activism since he was a student leader over a decade ago. "In Colombia, you are at risk for such a thing as defending public education."

The peace deal that the government signed with the country's largest rebel group, the FARC, in November 2016 promised activism would be a safe endeavor. However, some 300 social leaders and human rights defenders have been killed since then, according to figures collected by Marcha Patriotica, a social and political movement where Delgado is a human rights coordinator. The members of the organization appear frequently on the list of victims.

Many have been killed because they went against the interests of organized crime or the powerful rural elite. They championed the substitution of coca — the raw ingredient for cocaine — and the return of land grabbed during the conflict, denounced illegal logging or opposed mining mega-projects.

Many members have received death threats calling them "Castro-Chavistas" and "guerrillas posing as human rights defenders." 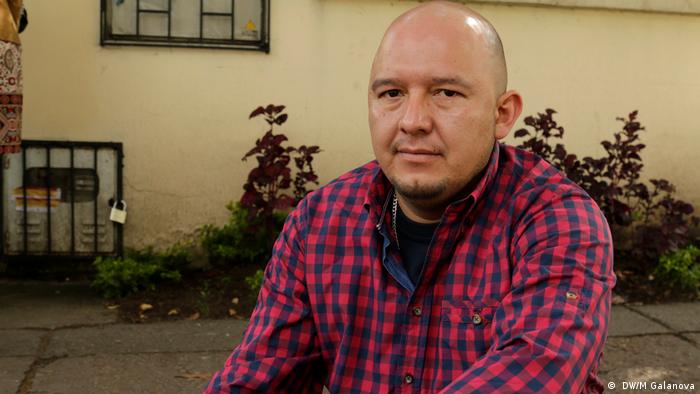 Cristian Delgado has been receiving threats for over a decade

"Marcha Patriotica used to be stigmatized as the FARC's political arm," says Delgado. "With the negotiations with the ELN [another guerrilla group], this tactic is now used against the People's Congress and the Black Communities' Process. This is like putting a gun to the heads of their members."

Their involvement in the controversial peace process is for some yet more proof that social leaders are Marxist guerrillas in disguise. "That's why they have been killing us," says Delgado. "Violence increases whenever there is an advance toward peace — the announcement of a ceasefire, disarmament, beginning of a dialogue with the ELN, social mobilization …"

Marcha Patriotica headquarters in Bogota is covered with security cameras. The movement has lost 166 members since its beginnings in 2011, while 389 others are at great risk according to an Inter-American Commission on Human Rights resolution, which urges Colombia to protect them.

Demobilized FARC members have also been targeted: 68 ex-combatants and 18 relatives have been assassinated since November 2016. Six others have disappeared.

The think tank Indepaz has warned there is a risk of repetition of the Patriotic Union (UP) "genocide." Over 3,000 leaders of this left-wing opposition party — founded during peace negotiations between the FARC and President Belisario Betancur in 1985 — were assassinated by right-wing paramilitaries and security forces in the 1980s and 1990s. 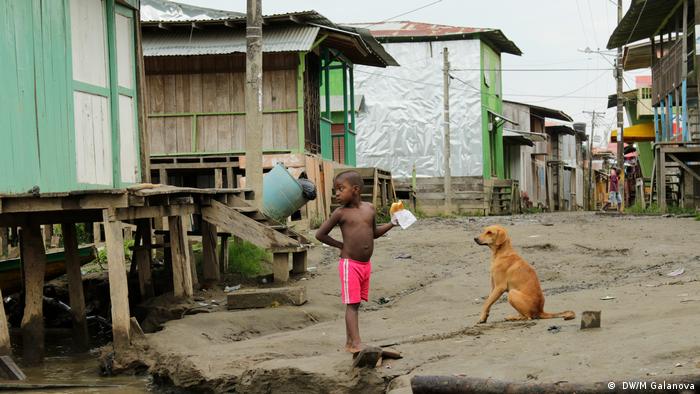 "The goal was to physically exterminate members and the organization itself," says UP member Pavel Santodomingo. At the age of eight, he survived a grenade attack meant to kill his father, a UP leader. He recalls constant pain during his childhood as one family friend after another was murdered.

The government is striving to deliver on the peace deal promise to safeguard activists. Thousands, including 72 Marcha Patriotica members, have protection schemes. The police and the army have been deployed in regions where there was no state presence previously. But that is not enough.

The assassinations tend to happen in former FARC territories that have been taken over by other armed groups. Last year the National Commission of Security Guarantees was formed to dismantle such organizations. It is made up of the president and the interior, defense and justice ministers, among others. But it has yet to start functioning properly. 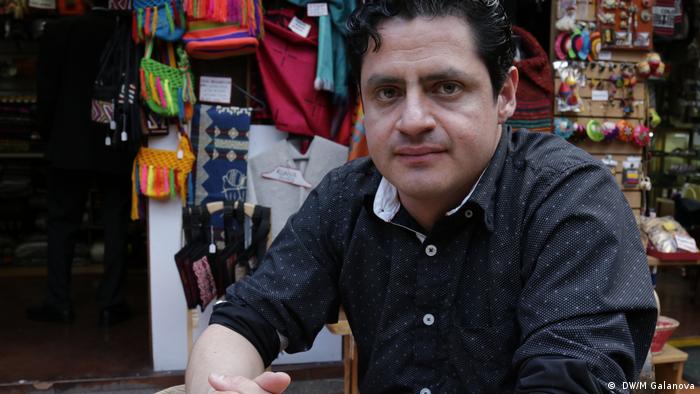 Santodomingo has lived with danger since he was a child

Few doubt the goodwill of President Juan Manuel Santos, who won the Nobel Peace Prize for the deal with the FARC. However, the lack of support from the political and business elite hinders its implementation. It also makes it difficult to establish who is behind murders of activists.

"There have been arrests of assassins, but none of the people who ordered the assassinations," says Ariel Avila, a political analyst with the Peace and Reconciliation Foundation. "We are talking about people who finance presidential and gubernatorial election campaigns." 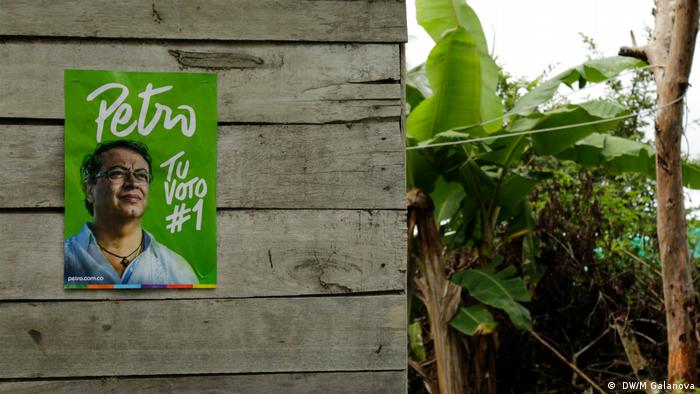 Still, the conditions for left-wing movements to take part in politics have improved.

The left-wing presidential candidate Gustavo Petro — backed by Marcha Patriotica and the UP — made it to the second round of the election. But his voters have received threats from a man as dangerous as the chief assassin of Colombia's late drug lord Pablo Escobar: "We will fight them by any means. 'Any means' means 'any means'," John Jairo Velasquez, alias Popeye, tweeted last month.

Velasquez is a loyal supporter of right-winger Ivan Duque, who is running against Petro.

Anxiety among left-wing activists is palpable. "He is the candidate of Alvaro Uribe Velez, whose government saw the most victims in recent history. If he wins, the risk will increase to exorbitant levels," says Santodomingo.

In Colombia, the military killed thousands of random people to boost its body count. The crimes are the basis of controversial discussion as the Constitutional Court decides how the transitional justice system will work. (12.08.2017)

On Sunday, Colombians head to the polls to pick a new president. Whoever wins will play a crucial role in the country's ongoing peace process. Below, we detail the most important steps taken so far. (26.05.2018)

Conservative candidate Ivan Duque has prevailed in Colombia's presidential election with 39 percent of the vote, though he fell short of the margin needed to avoid a runoff. Gustavo Petro landed in second place. (28.05.2018)

Colombia has opened a new chapter in its history, with a former leftist rebel sworn in as president. Gustavo Petro has pledged to fight inequality, achieve peace and rethink the war on drugs. Colombia's new vice president also represents a new start.