In Colombia, the military killed thousands of random people to boost its body count. The crimes are the basis of controversial discussion as the Constitutional Court decides how the transitional justice system will work. 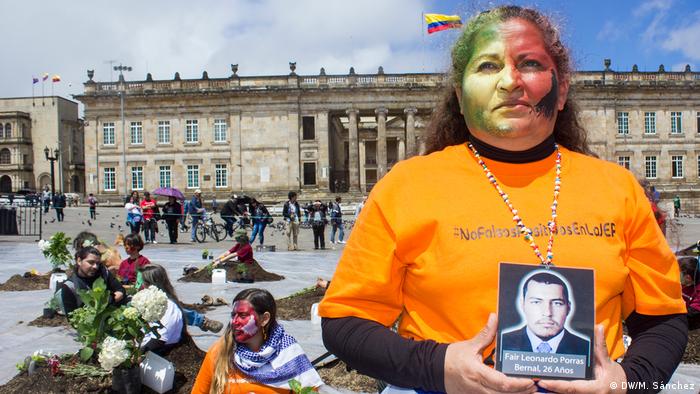 On January 8, 2008, Luz Marina Bernal (photo above) left the house early in the morning to accompany her husband running errands. She came back around 4 p.m. and no one was home. Three of her children were probably working or at school, and Fair Leonardo, the second, was most likely helping someone from the neighborhood. He was a good-hearted man who liked to lend a hand. But Leonardo - as she calls him - never came home.

For months Luz Marina and the family looked for him. They went to hospitals, prisons, forensics and searched among the homeless and the junkies of Bogota. "I kept thinking I'm having this meal and I don't know if my son has enough to eat or a clean bed to sleep in," says Luz Marina.

On September 16 she got a call from forensics. "I immediately knew my son was dead." According to the death certificate, Fair Leonardo Porras had been killed on January 12, 2008 in Ocana, North Santander, more than a 1,000 kilometers away from his home, in a clash between insurgents and the military's 15th brigade. The certificate also stated that he was the leader of the rebels. 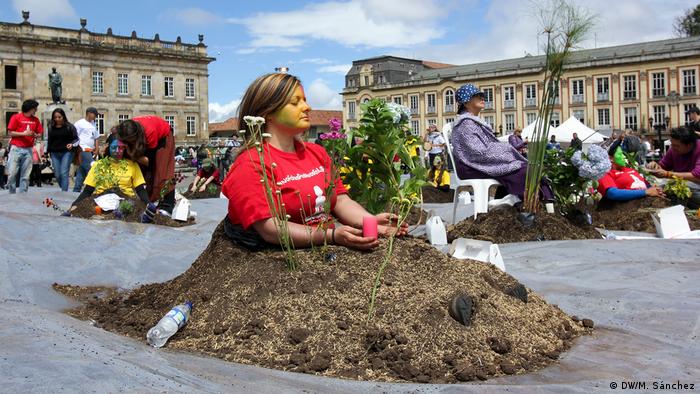 After a four-year court battle Luz Marina proved that her son was not a member, and much less the leader, of an insurgent group. He was a 26-year-old with the mental capacity of an eight-year-old, who could not use his right arm properly and had a limp on his right leg.

It was the first case of "false positives" were declared a crime against humanity, and six military members were found guilty of conspiracy to a commit crime - among other charges - and sentenced to over 50 years in prison. Fair Leonardo's case set two important precedents: 1) Such crimes should be judged by the ordinary justice system; 2) They were not isolated crimes committed by a few members of the military, but part of an organized system of killing within Colombia's armed forces.

Under Alvaro Uribe's government (2002-2010), the armed forces were rewarded with monetary bonuses, promotions, medals and days of vacation for casualties in enemy lines.

"Alvaro Uribe lied when he said that in his eight years of government 7,000 insurgents were killed. It was our children they murdered," says Luz Marina.

Men from poor families like Fair Leonardo - sometimes women and adolescents as well - were taken from their homes, shot and presented as guerrilla members killed in combat to add to a brigades' body count. So far there are around 5,000 known cases of "false positives." Most of them occurred between 2002 and 2010.

"The level of impunity with these cases is around 97 percent," says Carolina Lopez Giraldo, a member of the Movement of State Crimes Caldas Chapter and of the organization United Voices Demanding Justice.

Ladier May went missing the night of August 31, 2006. His wife, Montes Rojas, is still waiting for the trial to begin.

Jhojan Munoz Sanchez disappeared in 2007. His uncle said he had been offered a three-month job in a farm, got in a cab, and his family never saw him again. The trial in his case began several years ago and is still ongoing. 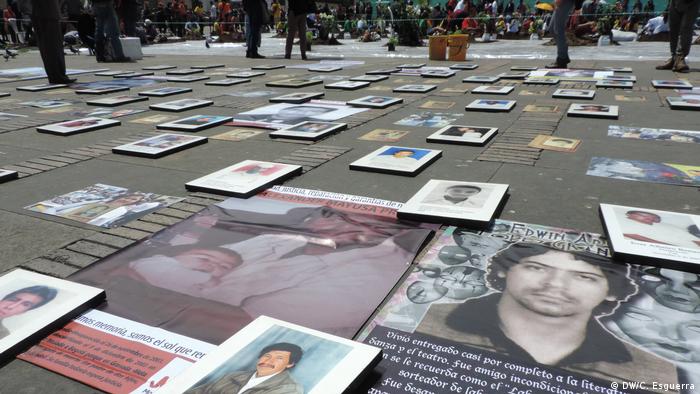 With the peace agreement signed and the mechanisms to establish truth, justice and reparations about to begin work, the discussion of how these cases should be judged in the future is growing. One issue is whether they should go before the newly created transitional justice system Special Jurisdiction for Peace (SJP).

"All six men involved in Fair Leonardo's death want to benefit from the SJP," says Luz Marina. The question is: Should they? Did the crimes take place because of the armed conflict? Do they have a direct or indirect relation to it, as the law states they must?

For Carolina Lopez Giraldo and Luz Marina Bernal "false positives" were committed for the personal benefit of military members and did not occur because of the armed conflict.

Yet for Carlos Lasprilla, a professor of constitutional law at Javeriana University in Bogota, the incentives could prove an indirect link to the armed conflict because of the state's body-count policy of the time. "The matter will be determined by how the term 'causality' is understood. If the judges use the logic of equivalence then everything can be taken as cause, and the 'false positives' go to the SJP," says Juan Carlos Henao, president of Externado University and one of the government's lawyers during the peace negotiations. 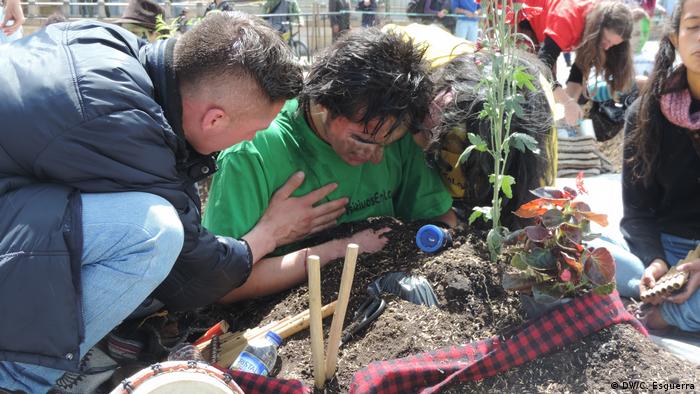 The SJP, and the system it is a part of, was chiefly created thinking about the victims needs. Apart from the Special Jurisdiction for Peace, a truth commission will be created - similar to the body established in South Africa after the end of Apartheid - so "the legal truth is separated from the one the [truth] committee seeks to construct," says Henao.

"They are different, and one should not hinder the other." Lopez Giraldo has her hopes set on the committee and is already preparing to participate. But both she and Luz Marina fear armed force members will take advantage of the SJP's benefits - five to eight years of restricted freedom to those who accept their crime and tell the truth - without telling the whole story.

"I know the men currently being accused are the lower ranks, the ones who had to abide by orders," says Luz Marina. "We haven't been able to get to the higher ranks."

According to Semana, the most influential magazine in the country, by 2015 around 3,000 military members had been accused of "false positives." Of the 815 sentenced only five were colonels, the rest were mostly soldiers or sergeants. At the time the article was published another five colonels were being judged for the murder of 72 civilians between 2006 and 2007. That year the Pedro Nel Ospina Batallion of Medellin had the highest body count in the country, and it wasn't even specialized in combat. 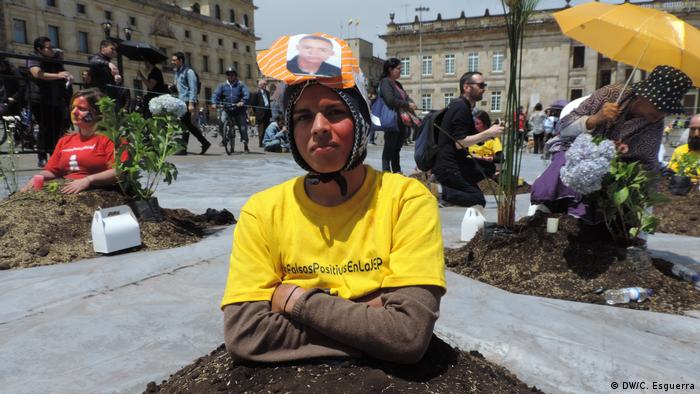 The International Criminal Court can intervene if there is impunity when dealing with crimes against humanity. It has already shown a particular interest in the cases of "false positives" and has its eyes set on 23 generals and six colonels, among them the current commander of the military forces, General Juan Pablo Rodriguez Barragan, and three others who held the same post: Mario Montoya (according to Luz Marina, he is implicated in her son's murder), Jaime Lasprilla and Oscar Gonzalez.

So far, if the "false positives" enter the SJP more requisites are needed to determine the command responsibility of the armed forces than that of the FARC.  This distinction was strongly lobbied by the association of retired military members.

"It hurts to think that those soldiers come from families like mine. The men fighting are not the sons of senators or congressmen. It is our children who have to serve their country, and the war is poor people killing even poorer people," says Luz Marina.

Luz Marina and other families of victims of state crimes gathered with human rights activists in late July in Bogota's central square, Bolivar Plaza, to commemorate Fair Leonardo's trial, to remind Colombians of what happened and to demand truth and justice.