The International Monetary Fund has walked out on talks with Greece, dashing hopes of a compromise in ongoing debt negotiations. The EU told Prime Minister Alexis Tsipras to "stop gambling." 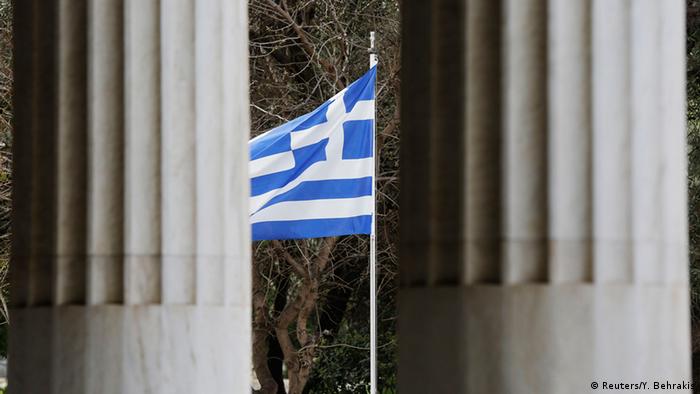 The IMF said it was bringing its team back to Washington because there had been no sign of a compromise.

"There are major differences between us in most key areas," IMF spokesman Gerry Rice said in Washington. "There has been no progress in narrowing these differences recently and thus we are well away from an agreement."

However, the IMF said that while "the ball is very much in Greece's court right now," the fund "never leaves the table and remains engaged."

The creditors want Greece to commit to economic reforms before they pay another 7.2 billion euros ($8.2 billion). Athens needs the money to meet debt obligations worth 1.6 billion euros at the end of the month and later this summer.

While creditors have been keen to say that time is running out, Greece itself has told them to "stop pointing fingers." 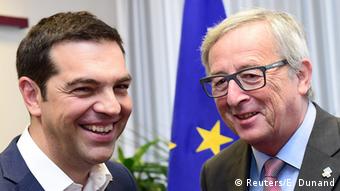 Tsipras (left) met Juncker on Thursday, but little progress seemed to be made despite the smiles

European Council President Donald Tusk warned Greek Prime Minister Alexis Tsipras that he should stop biding time with demands that would not be accepted. "For me it is very obvious that we need decisions not negotiations now, and it's my opinion that the Greek government has to be a little bit more realistic," said Tusk.

"There is no more time for gambling. The day is coming, I am afraid, that someone says the game is over," said the former Polish premier.

'The cow must come off the ice'

Meanwhile, European Commission President Jean-Claude Juncker - who met Tsipras on Thursday - used an agricultural metaphor to underline the urgency of the situation. "The cow has to come off the ice, but it keeps slipping. We will try to push her again today."

The IMF is said to be the most hardline of Greece's three bailout monitors - the others being the European Commission and European Central Bank.

Without fresh external funding, Greece is set to default on its debts, meaning it could crash out of the eurozone.

The Greek government on Thursday said it would "intensify" its previous efforts to resolve differences with its creditors.

Government spokesman Gabriel Sakellaridis said Athens would "continue to work on the unresolved questions" regarding the budget and debt.