The International Monetary Fund criticized Trump's tariffs plans and warned of their negative impact. The IMF also said by 2020 US economic growth will dip to lower levels than the White House predicts. 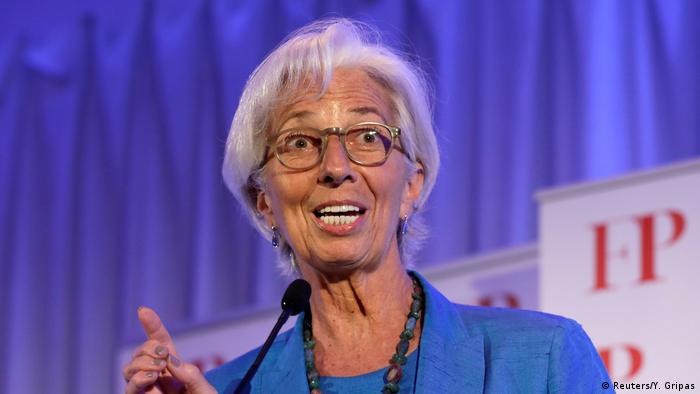 A report by the International Monetary Fund (IMF) released in Washington on Thursday predicted that US President Donald Trump's new tariff policy and its consequences could be damaging to the global trading system and the US economy.

The IMF assessment comes as the White House is soon to announce its decision on whether to impose 25 percent tariffs on $50 billion (€43 billion) worth of Chinese goods. For its part, China promised on Friday to retaliate immediately should the US place any tariffs the hurt Chinese interests.

IMF Director Christine Lagarde urged countries to not understate the larger economic toll that retaliation from trading partners like Canada and Germany could bring.

The direct economic impact of tariffs is hard to calculate, the report concluded, as it is dependent on the size and timing of the tariff responses. But Lagarde insisted any trade conflict could undermine confidence and cause businesses to withhold investments.

She encouraged the United States to "work constructively" with trading partners to resolve trade disputes and refrain from imposing tariffs.

US and EU talk tough on trade

US and EU talk tough on trade

The report concluded that imposing tariffs was "likely to move the globe further away from an open, fair and rules-based trade system, with adverse effects for both the U.S. economy and for trading partners."

A critique of Trump's tax cuts

The IMF was also not optimistic about the US economy over the long-term. The report conceded that tax cuts would help fuel growth this year and next, but it also predicted this growth would decrease from 2020 to a level much lower than forecast by the White House.

The IMF projected US growth will hit 2.9 percent this year and 2.7 percent next year. Beyond that, the IMF forecasts growth will slow steadily and drop to 1.4 percent in 2023.

This represents half of the 3 percent growth that the Trump administration said their tax policies will yield.

The Trump administration responded quickly and defended its economic agenda.

The US Treasury Department said that it differed "significantly" with the IMF and reaffirmed its belief in US policies, including the idea that a productivity-boosting mix of tax reform and regulatory relief would result in more sustainable economic growth.

While the IMF praised the US tax reforms for addressing what it said were long-overdue simplifications and reductions in the corporate rate, it added that some features favor the wealthy and run "counter to the authorities' objectives of increasing equity."

The IMF suggested that "it would be preferable to recalibrate the rate structure in order to concentrate tax relief to those earning close to or below the median income." 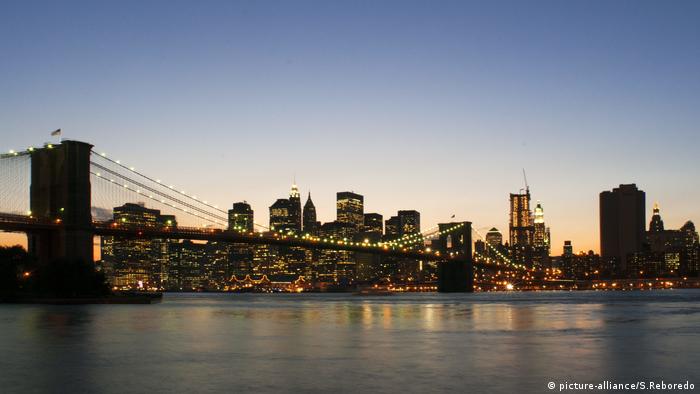 Additionally, the report says the government has failed to make allowance for needed spending to upgrade US infrastructure, which would help boost economic growth in the long term.

"The combined effect of the administration's tax and spending policies will cause the federal government deficit to exceed 4.5 percent of GDP by 2019. This is nearly double what the deficit was just three years ago," the report added.

The IMF report marked the harshest assessment the Washington-based lending agency has ever produced on the economic policies of its largest member country.

While in Germany, IMF chief Christine Lagarde has argued that larger German investments could help reduce regional and global imbalances that she's concerned about. Her advice did not go down well in Frankfurt. (18.01.2018)

The EU has said US tariffs would be met with a "proportionate response." The European Council, IMF and WTO have warned Trump he is very wrong about trade wars being easy to win. (07.03.2018)

The IMF has warned some Arab nations against complacency over a looming debt crisis. It urged greater reform efforts, saying the current rise in oil prices should not prompt governments to delay fiscal policy measures. (02.05.2018)