Thousands of Ethiopians and Somalis flock to South Africa through Tanzania every year. Their journey to reach a safe haven is not without challenges. In June alone at least 88 people were found dead in East Africa. 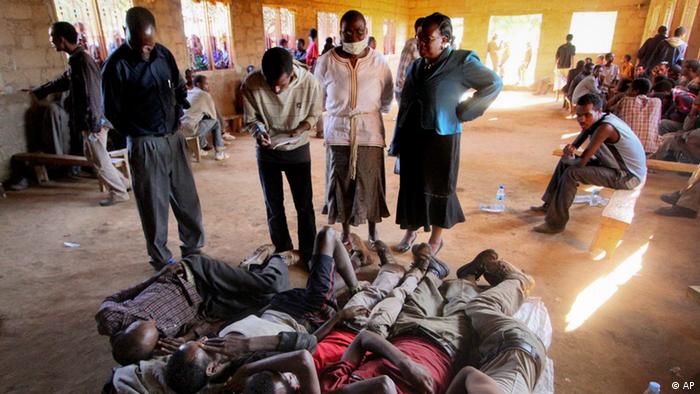 In desperation the Ethiopian migrants inside the vehicle hammered with their fists and called for help, but by the time the driver stopped it was too late. 41 young Ethiopians suffocated to death inside an overcrowded van in Tanzania. With the aid of human traffickers, they had been hoping to start a new life in South Africa.

Some ended up paying with their lives, while those who survived will be deported back to their home country, Pereira Silima,Tanzania's Deputy Minister of the Interior told DW. "Unfortunately some of our residents are taking part in these activities," said Silima. "They know what routes they could take with less risk of being caught." 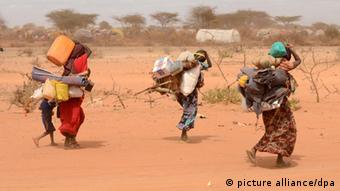 Most refugees from Ethiopia and Somalia flee war and political persecution

The International Organization for Migration (IOM), estimates that around 20,000 refugees go to South Africa through Tanzania every year. Fatal accidents happen over and over again. Also in June, 47 Ethiopians drowned in a boat that sank on its way from Tanzania to Malawi. In December 2011, 20 dead bodies were found on a Tanzanian road.

Yitna Getachew is an expert for migration in eastern and southern Africa with the IOM. He believes that most refugees travel with the help of human smuggling gangs. "This is a loose network of smugglers operating with each other," he said.

"It's a chain of them in every country, one chain passing people to the other chain and the people being moved southwards, down to South Africa. They may give the impression to the migrants that they are actually facilitating the entire journey but then, when you speak to the migrants and when you listen to their stories, you find that they are abandoned at certain points so that the next smuggler in the line can benefit from their abuse and exploitation," Getachew told DW.

Most refugees from Ethiopia and Somalia are economic refugees, says Getachew. But others flee also from war and political persecution. 32 year-old Mohad Abdul is among those who fled to South Africa because of violence in Somalia. 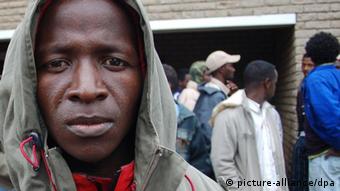 For two weeks he travelled through several countries illegally, by using public transport and with the help of smugglers. He is particularly annoyed by the way refugees are treated as criminals.

"My country is collapsed completely, there is no stability and no government. Of course in this kind of a situation, you will look for a safe haven. And all the time you will be asked for documents. For 20 years now we don't have a country, how can we have documents? " Abdul asks.

Integration in South Africa was relatively easy for Abdul. He quickly obtained a residence and work permit. Today he is a businessman in Johannesburg and watches closely as more and more Somalis and Ethiopians flock into the country.

In no other country are there so many asylum applications. In 2011 alone, there were 100,000 applications. The authorities can scarcely keep up with processing them. Some South Africans even fear that the Somalis will take away their jobs, says Abdul. But he is happy with his new life, because he now has something that was lacking in his troubled homeland: security and a job.

The United Nations refugee agency UNHCR has issued its 'Global Trends' report, revealing that 2011 saw the highest number of newly created refugees since 2000. (18.06.2012)

More than 53 nations come together on Thursday to discuss Somalia's future once the mandate of the Transitional Federal Government (TFG) expires in August. Host nation Britain has a strong security interest of its own. (22.02.2012)