Identifying the Roots of Immigrant Crime | Germany | News and in-depth reporting from Berlin and beyond | DW | 08.04.2006

Identifying the Roots of Immigrant Crime

In Berlin, young male immigrants are three times more likely to commit violent crimes than their German peers. It's a similar story across Europe, but government efforts to find a solution vary across the Continent. 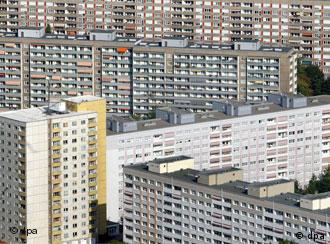 No employment prospects, out-of-work parents, domestic violence….the standard excuses for juvenile delinquency among immigrants seem credible enough, but don't explain why it's a rare problem in the western German city of Duisburg, where the immigrant population is just as large as it is Berlin.

According to Hans-Jörg Albrecht, director of the Max Planck Institute for Foreign and International Criminal law in Freiburg, this is because one over-riding factor in youth crime is peer group pressure.

"As a rule, criminal or violent careers usually begin at an age when jobs and the job market don't yet play a role, which is between 14 and 17." he pointed out. "Access to criminal groups is a key factor. If a young person grows up in an area where there are lots of criminal gangs ready to welcome him into the fold, then the risk that he gravitates towards crime is significantly greater than it would be in other areas. In this respect, ethnic considerations play no role at all."

It's a minority opinion that has never been thoroughly researched. But in fact, few studies on the roots of violence and crime among young immigrants exist at all. Germany, France, Britain and the Netherlands are countries that have all experienced juvenile delinquency within their immigrant communities, but share no best-practice strategies when it comes to tackling the problem -- largely due to a complete lack of research into its origins. 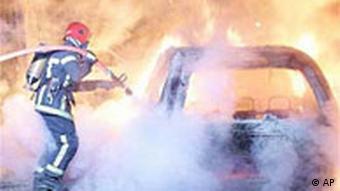 Last November, cars and buildings were torched by youths in many of France's immigrant areas

When violence erupted on the streets of France's suburbs earlier this year, Germany debated the possibility of similar scenes occurring in its own cities. They already have in the Netherlands, where the source of the unrest was similarly traced back to young immigrants.

In the last couple of years, resentment in this famously tolerant country has been simmering away among its young Muslims. Meanwhile, the Dutch government feels it's pulling out all stops in its attempts to better integrate its young immigrants into society.

"In the Netherlands we believe in individual supervision," said Rob Witte from the Institute for Multi-cultural Development in Utrecht. "We have professional people assigned to supervise teenagers who have fallen foul of the law. They accompany them to the authorities, and the point is to give them consistent advice rather than conflicting information from different sources."

Tackling the symptoms, not the roots

Britain, in contrast, can only dream of that kind of social support.

"There are a lot of heroic people doing very interesting and innovative things to prevent people from drifting into crime here," said Simon Hailsworth from the London Metropolitan University.

But it's all to no avail when the Blair government prefers to tackle the symptoms of the problem rather than roots. "The trouble is that the kind of heroic and innovative things they're doing receive very little funding. I live in society where significant resources are expended on law enforcement instead," pointed out Hailsworth.

No light at the end of the tunnel 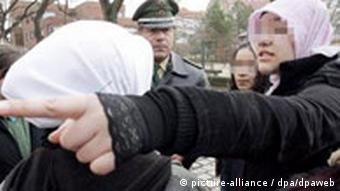 However, prevention is all very well if young criminals can be persuaded that staying on the straight and narrow is worth it. Unfortunately, telling teenage immigrants they'd be better off in a job training scheme than holding up a kiosk is pointless when they know full well they'll never get a place on it.

But what are the options?

"It's time we asked ourselves as a society how to stop isolating young people with poor academic results, and how to offer them the social recognition and financial means necessary to lead a contented life that's free of violence," said Berlin social worker Elvira Berndt.

As debate rages in Germany over a school banning students from speaking languages other than German, Holland is grappling with its own controversy sparked by a suggestion that only Dutch be spoken on the streets. (Jan. 25, 2006)

France's prime minister summoned key ministers to his offices on Saturday to determine a political response to the violent night-time clashes which began on the outskirts of Paris more than a week ago. (Nov. 5, 2005)

Migrants contribute over $2 trillion (1.67 trillion euros) to their host countries' economies each year but are often mistreated, a study released Wednesday said. As a top destination, Germany benefits from them too. (Oct. 6, 2005)