Idealistic and independent radio for all Syrians | World | Breaking news and perspectives from around the globe | DW | 10.07.2012

Idealistic and independent radio for all Syrians

Syrian activists living in exile in Cairo want to broadcast independent news to Syria - with the help of the new radio channel Radio Ana. Its aim is to lay the foundation for a democratic Syria. 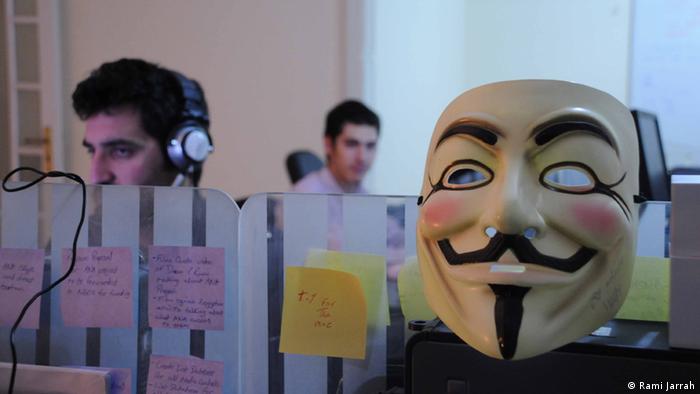 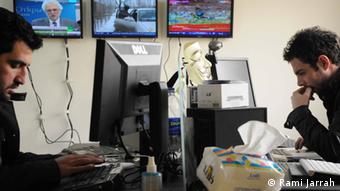 Rami Jarrah is taking a sip from his whiskey. "Anyone else having one?" he asks, "the only way to cope with such news really," he mumbles. His computer screen is showing the latest video from Homs. More blood, more dead bodies. Jarrah, 28, gets videos like that sent to him every day to Cairo by a network of some 350 people from all over Syria. They call themselves citizen journalists who report from the demonstrations around the country.

Until now, Jarrah and his four colleagues in Cairo have collected and documented the videos because they were dreaming of one day pressing charges against Syrian President Bashar al Assad with the International Court of Criminal Justice in The Hague.

Voices of everyone in Syria

But documenting alone isn't enough any more, believes Rami Jarrah. He and his team plan to set up their own radio channel in Cairo with reports about and from Syria. Their channel is to be called ‘Ana', which means ‘I' in Arabic. "We don't have a media outlet that will represent the voices of everyone in Syria," explains Jarrah. "The radio station will convey the voices of all the different voices and all the different aspects - whether they support the regime, whether they're against the regime, or whether they're just on the sidelines - what we call the silent majority."

With the help of their radio channel, Jarrah and his colleagues are striving to achieve one thing above all: they want to deliver independent news to the Syrian population, something the people in the country don't have access to. The Assad regime is using the state media for its propaganda. And private radio and television stations that are dependent on licences avoid covering politics altogether. Any form of criticism of the President and his family is illegal in Syria. As far as the videos posted online by rebels are concerned: It's difficult to verify where they are from; and only few Syrians can watch them at all. Access to the internet practically only exists in urban areas and is subject to strict controls.

In addition, there are few foreign journalists left who report from Syria. Those who do enter the country on an official journalists' visa only get to see a few selected places, handpicked by the ministry. Very few reporters dare enter the country illegally to get the chance to talk to opponents and supporters first-hand. 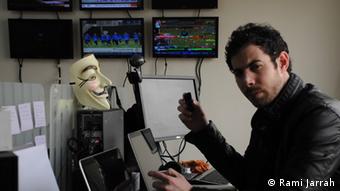 The goal of Radio Ana is to launch discussions that don't happen inside the country. But above all Radio Ana aims to lay the foundation for a democratic system for the period after Assad. Rami Jarrah and his colleagues say it's important to learn from the mistakes other countries made after their presidents were toppled.

The Syrians living in exile in Cairo experienced the struggle of the Egyptian revolutionaries first-hand. Now they're hoping that the same thing won't happen to them after the Assad regime has been toppled. The editors of Radio Ana are sure that the regime will fall. When, is the crucial question, they say in unison. And they hope that by the time it does happen, Radio Ana will have established itself as a well-known radio station.

Some pieces of technical equipment have still not arrived; the Ana team is still waiting for the delivery of the missing parts. Time is running out, the plan is to go on air in two weeks' time. Initially, Radio Ana will broadcast two hours a day - and can be received worldwide via satellite and the Internet. The donors in the Netherlands and in Sweden are eagerly waiting for the launch. Non-governmental organizations are supplying the money for the project. Eventually, the plan is to train journalists in Syria with their help, too. But initially, Radio Ana will broadcast from Cairo. 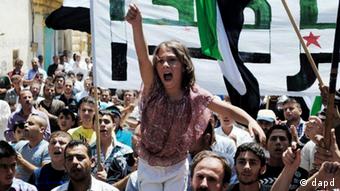 Radio Ana reaches out to both Assad opponents and supporters

The editorial team of Radio Ana is made up of five Syrians who have all fled the country during the revolution. Rami Jarrah and Deiaa Dugnmoch founded the radio station, then there's Mohammed from Daraa, who used to work for a travel agency and who got shot in the face during a demonstration. Majdi from Banias is a computer expert who left Syria because he was facing conscription with the army. And then there's Joseph from Damascus, a student, who was tortured in a Syrian prison.

The only two with at least some radio experience are Radio Ana's founders. That's why the team is still practicing non-stop in their office in Cairo, where they will be broadcasting from. Mohammed, radio host-to-be, is excited. "It's hard for me to be far away from my country," he says. "I don't know how my family and friends are, but now I feel that I can do something for them."

All of the Radio Ana team are outspoken opponents of the regime and have experienced its brutality first-hand. The opposition, the Free Syrian Army, kills, too- the Radio Ana team has heard that. But these reports don't conjure up the same negative emotions. And yet, the members of the Radio Ana team know that their only chance to reach all Syrians is if they stick to the principles of neutrality and objectivity.

That's going to be a difficult task for the young journalists, believes Samira Nur, a media researcher with Cairo University. "If you're emotionally attached it's hard to keep an objective distance," she points out. "You have to overcome those emotions and look at the facts to give a realistic picture of what's going on on the ground."

The Radio Ana team does want to report objectively. That's why for their very first program they want to invite a supporter of the regime to voice his opinion. Mohammed is still looking for an appropriate candidate. His family in Syria know that they can soon hear him on the radio. "My mum is particularly happy," says Mohammed, "because that means that I'll be in her living room again - if only via the radio."

'It's not about retaliation, it's about defending our country'

In an interview with German public broadcaster ARD, Syrian President Bashar al-Assad says terrorist groups are behind the killings of civilians in his country and accuses the West of destabilizing Syria. (09.07.2012)

UN and Arab League special envoy Kofi Annan and Syrian President Bashar Assad have decided on a new political "approach" after talks in Damascus. Annan did not give further details. (09.07.2012)

At least two people were killed in Lebanon when shells were fired from across the border in Syria. It is thought that Syrian troops were targeting opposition fighters who had crossed the frontier to seek refuge. (07.07.2012)