ICTR: A tribunal that failed Rwandan genocide victims and survivors

During the 1994 Rwandan genocide, the world failed to intervene. Despite later setting up an international tribunal to try the perpetrators, opinions remain divided on whether or not the court dispensed justice. 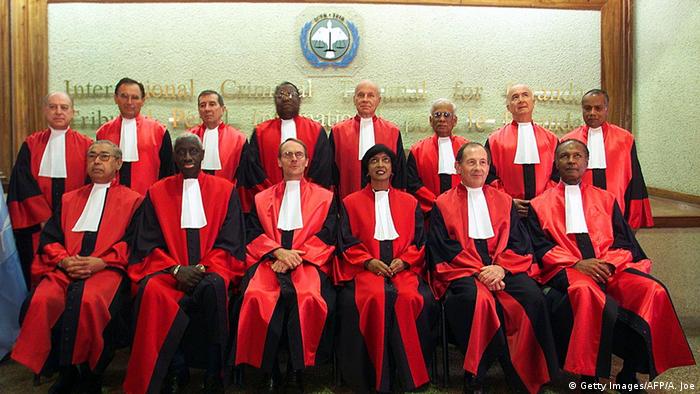 When the Rwandan genocide against the Tutsis started in April 1994, Hutu extremist media called for the killing of Tutsis and moderate Hutus. Soon afterwards, mutilated corpses began appearing in rivers like Akagera, and Lake Victoria. According to the United Nations Security Council Resolution 2150, more than one million people were killed during the genocide. Depite the daily killings, the world turned a blind eye.

Diane Paula was just six at the time. She hid from the killers at the Kicukiro Technical School (Ecole Technique Officelle) in Kigali, which then served as one of the bases for the UN peacekeepers. "I lost my mum there. Everything that happened to her, happened to all the women," Paula recalled in a DW interview.

Belgian soldiers, who were part of the United Nations Assistance Mission for Rwanda (UNAMIR) that was established the previous year, had been stationed there. However, when the mass killing began, the Belgian battalion – mandated to protect the then prime minister Agathe Uwiligiyimana – left the school as Belgium peacekeepers withdrew from Rwanda. Thereafter, the Interahamwe Hutu militia group moved in and killed an estimated 2,000 Tutsis who had sought refuge on the premises.

In 100 days, most of the country's minority ethnic Tutsis and moderate Hutus were killed. The armed wing of the Rwandan Patriotic Front (RPF) under the leadership of Paul Kagame overpowered the Hutu killer gangs and ended the genocide.

It was not until November 8, 1994, that the UN Security Council decided to set up a special court to deal with the crimes against humanity that took place in Rwanda. In early 1995, the International Criminal Tribunal for Rwanda (ICTR) began its work in Arusha, Tanzania. While the masterminds of the genocide were hauled before the ICTR, other perpetrators had to face the so-called "Gacaca", traditional courts in Rwanda. 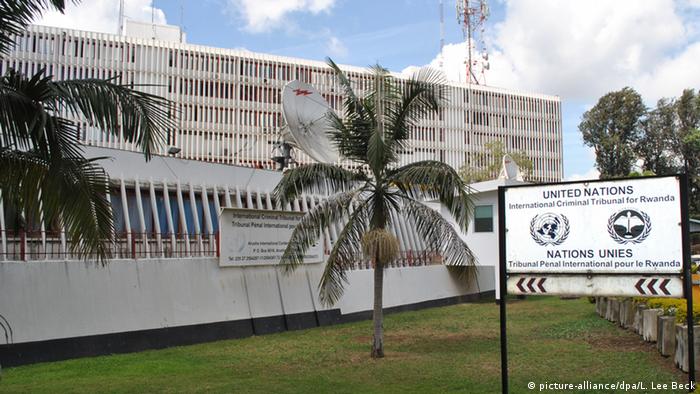 21 years after its inception, the ICTR ceased its work. ICTR Attorney General Boubacar Diallo drew a positive balance at the time: "We have handled an extraordinarily large number of cases," Diallo told DW.

The tribunal succeeded in bringing to justice military chiefs, local politicians, journalists, and also administrative leaders involved in the genocide. The ICTR also drafted a large proportion of the legislation that serves as a model for other courts worldwide today. "These courts can now continue the very important fight against impunity in our world," Diallo said.

Geraldine Mattioli-Zeltner,  a researcher at Human Rights Watch said the ICTR had made a significant contribution to the establishment of an international criminal prosecution system for crimes against humanity. However, nine accused persons could not be transferred to Arusha. But these cases were by no means forgotten, and a detention institution pursued them under the auspices of the UN, Diallo noted.

No prosecution of Tutsi rebels

The ICTR had a mandate to also prosecute former Tutsi rebels, some of whom now occupy leading positions in Rwanda. "Not a single RPF crime was investigated. We find it very problematic that this other side of the genocide has not been dealt with by the court," Mattioli-Zeltner told DW in an interview. 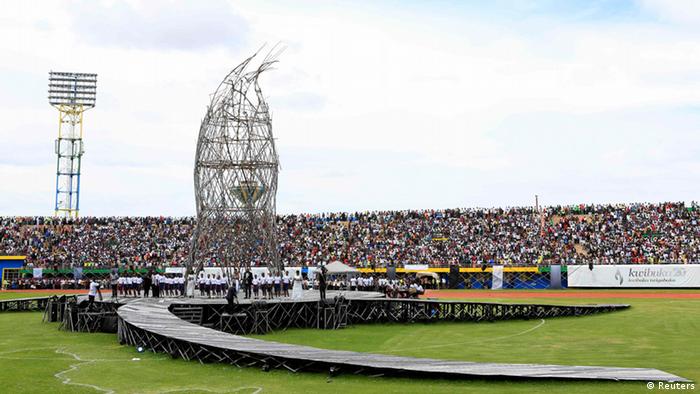 Commemoration in Kigali stadium, 20 years after the genocide

Another point of criticism of the ICTR is that the criminal proceedings proved to be extremely costly. The tribunal is said to have devoured about 2 billion US dollars (1.8 million euros). In the past, the court, which employed more than 1,200 people, was repeatedly criticized for inefficiency, lack of professionalism, and corruption.

Martin Semukanya, a veteran journalist who covered the ICTR proceedings for two years, calls it "artificial justice". He says that "justice is there to serve the victims and survivors and to punish the perpetrators."ICTR was not based in or near Rwanda, but  in the north of Tanzania. The trials did not serve the purpose of the Rwandans, and many [Rwandans] do not even know that such a tribunal ever existed happened. Few even traveled there," Semukanya told DW.

To him, the ICTR failed in its duty to dispense justice. "How many people were convicted, to what extent and based on what? Less than 70 people were tried in almost 20 years. That was not satisfactory to Rwanda as a society. That's not justice. I think it was a big failure."

What's the next step?

One thing is clear: even after the ICTR concluded its work, the atrocities have still not been fully dealt with. In Rwanda, the trials mainly against civilians are still ongoing. . 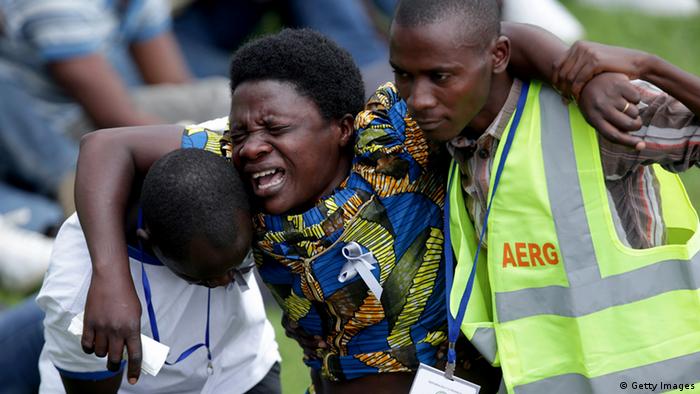 For many Rwandans, wounds from the 1994 genocide are yet to heal

Following the closure of the ICTR, human rights activist Mattioli-Zeltner appealed to the international community to prosecute the remaining perpetrators and backers of the genocide in Rwanda. "After the 1994 genocide, many of the perpetrators fled to other countries. "We believe it is important that these countries remain vigilant. And if there is a suspicion that someone is involved in the genocide, then third countries can investigate these cases and bring the suspects to justice," Mattioli-Zeltner said.

Paula says that for justice to prevail, there must be truth. She decided to forgive those responsible for murdering her mother."We trust that all of the perpetrators will be arrested and also maybe come back, either today or tomorrow to ask for forgiveness and share the truth."

A German court set a precedent almost four years ago: Genocide is one of the offenses that can be tried in Germany according to the principle of international law. This means that German courts may be competent to uphold international law, even if the acts took place outside Germany and without the participation of Germans. At the end of 2015, the Higher Regional Court of Frankfurt am Main – sentenced a former Rwandan mayor to life imprisonment. In April 1994, the accused Onesphore Ruwabukombe had "knowingly and deliberately prepared, organized, ordered, and carried out" a massacre on church grounds, the court found. Even after the closure of the ICTR, there are still ways to hold the remaining perpetrators to account.