Ethnic violence in crisis-torn nations like South Sudan is often in the news. But how serious is the situation in the whole of Africa? DW put that question to the UN's Special Advisor on Genocide, Adama Dieng. DW: Which countries in Africa are most at risk at the moment?

Adama Dieng: I will not just focus on the risk of genocide because my office also handles other crimes [such as] crimes against humanity and war crimes. I remain very concerned about the situation in South Sudan, and in the Central African Republic. The current uprising in Sudan is also of concern. The situation in Mali, despite some positive developments, remains of concern. There is a trend that remains of concern; I am referring to the situations in Nigeria, in Cameroon and in the Democratic Republic of Congo which I visited in the past, especially in Kasai [province].

You mentioned a number of countries that have experienced conflict for years. Why is it so hard to stop the atrocities that are going on there?

One of the main reasons behind the crises in many countries is related to governance issues, it is also related to a lack of inclusivity. Take South Sudan for instance: The chronic lack of accountability for gross human rights violations and serious violations of international humanitarian law committed by all parties to the conflict continues to fuel the violence and perpetrates the conflict. A couple of weeks ago my colleagues, the special advisor on sexual violence, the special advisor on children and armed conflict and I issued a statement to condemn the outrageous rape of 150 women, including a young girl of 10 years and an old woman of 65 years. This is simply unacceptable.

When I met President Salva Kiir and Riek Machar in 2014, both stated their commitment to accountability, promising that those responsible for atrocities would face justice. Unfortunately, despite the efforts by the African Union which led to the signing of a peace accord and deciding at the same time to establish an African Union hybrid court, we are not seeing that the court is in place. My view is that unless those perpetrators are brought to account, we will continue to see this violence, impunity has to be brought to an end. We also have to invest more on reconciliation in South Sudan. When I spoke with Riek Machar, he understood the importance of accountability and President Salva Kiir also accepted it. But the problem is extremely difficult and unless we start taking action, I am afraid that it will continue. If I take the situation in another region, like Iraq, we have seen ISIS [Islamic State] committing horrendous crimes and the Security Council finally adopted a resolution to at least get the cases investigated so that the ISIS people are held to account.

In South Sudan, we should be able [to do so], because the African Union has taken bold action. For the first time in history, the African Union set up a commission of inquiry, led by former Nigerian president Obasanjo, and my office provided support. His report was a premiere, a very strong report which addressed the atrocities committed in South Sudan. We need to see action and I am concerned about the delay in taking action. But there is no doubt that non-state actors will also face justice sooner or later as well.

Some observers say that the best way to end genocide or crimes against humanity is foreign military intervention. What is your view?

Military interventions should be the exception; they should be a last recourse. There are enough other tools to address crises. When world leaders adopted the principle of "the responsibility to protect” during a meeting in New York in 2005, it was as a lesson of the failure of the international community to prevent the genocide against the Tutsis in Rwanda, to prevent the genocide in Srebrenica. Unfortunately, the principle was not applied in a context like the one in Syria, simply because you have forces which are opposed. That led Mexico, a Security Council member at the time, and France to launch an initiative for the non-use of the veto power at the council when populations are facing the risk of genocide.

We have to realize that we can use all tools provided in the United Nations charter, particularly in Chapter 6. At a regional level, the African Union has one of the best peace and security architectures; take ECOWAS, the West African regional body, which has made history by preventing atrocity crimes committed by the Gambia, making sure that the will of the people following the election which saw the victory of Adama Barrow should not be frustrated. We have also seen ECOWAS intervening in a situation like Mali after a coup in 2012 which overthrew then President Toure, which means that there are possibilities to resolve a problem where there is political will. 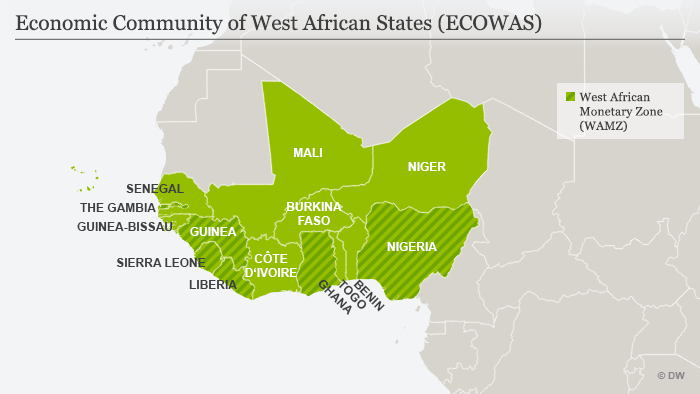 Dieng highlights the support of ECOWAS in combatting atrocities

Are there any countries in Africa where the situation has improved?

If I may give an example:  I can say that the situation in Guinea-Bissau was of concern, but thanks to the support of ECOWAS, thanks to the support of the United Nations, it was resolved and they are going to have elections very soon.  Let's hope that at the end of the day, the politicians will consider that  it is important is to work for the people to answer their economic and social development needs. I can also say that in the Central African Republic, despite the fact that violence is ongoing, we were able to prevent the commission of the genocide. My office has been supporting efforts aimed at preventing atrocity crimes and in the near future, we will be sending a team of religious leaders to work with their partners there. I do believe that religious leaders and actors have an important role to play in preventing incitement to violence and prevent atrocity crimes.

Senegalese diplomat Adama Dieng has been Special Advisor to the UN Secretary-General on the Prevention of Genocide since September 2012.

The interview was conducted by Daniel Pelz.

An estimated 800,000 people were killed during the 100 days of bloodshed following the 1994 assassination of former Rwandan president Juvenal Habyarimana. Kigali accuses Paris of complicity in the genocide. (26.12.2018)