Sigmundur David Gunnlaugsson has offered his resignation after initially resisting pressure to step down. The prime minister was among those caught up in a worldwide scandal following the release of the "Panama Papers." 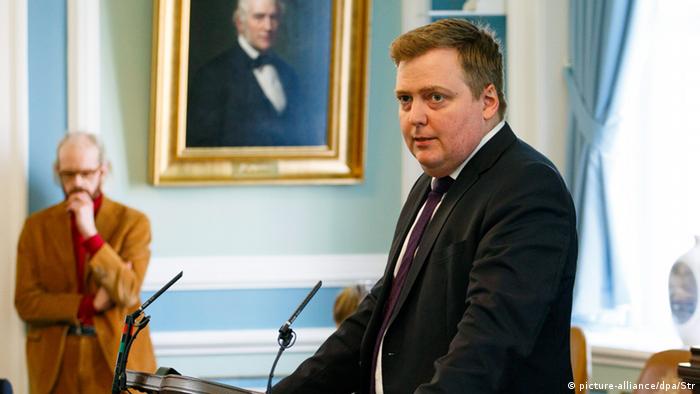 Gunnlaugsson's party said on Tuesday the prime minister would step down after it was revealed he had engaged in under-the-table dealings involving an offshore company.

"The prime minister told [his party's] parliamentary group meeting that he would step down as prime minister and I will take over," said Sigurdur Ingi Johannsson, deputy leader of the Progressive party, during a television broadcast.

Gunnlaugsson is the first big casualty in the wake of a massive leak from a law firm in Panama revealing the offshore business dealings of hundreds of prominent world leaders and celebrities.

Despite his announcement, opposition parties in Iceland said they still wanted to hold snap elections.

Mounting pressure for PM to step down 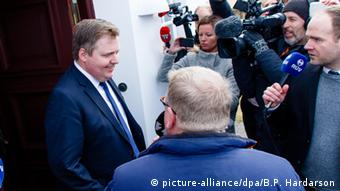 The prime minister initially resisted pressure to step down

Earlier on Tuesday, Icelandic President Olafur Ragnar Grimsson rejected calls to dissolve parliament after a meeting with the embattled Gunnlaugsson, insisting that he talk with the main parties first.

The revelations yesterday drew thousands of people to the center of Reykjavik, where they demanded the prime minister's resignation. 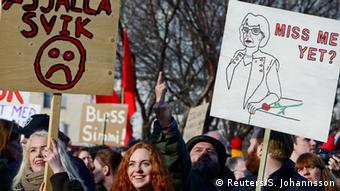 The controversy centered around a company in the British Virgin Islands, which the prime minister and his wife Anna Sigurlaug Palsdottir purchased in 2007 from Mossack Fonseca, the Panama law firm from which the thousands of documents were leaked.

The pair purportedly bought the company so that Palsdottir could invest money from the sale of her share in the family's business. Gunnlausson then sold his share of the company to his wife for $1 just after being elected as an MP in 2009.

The prime minister was initially confronted about his ties to the company in a television interview with a Swedish journalist. A flustered Gunnlausson denied any wrongdoing at the time and walked out of the interview.

Iceland's president has refused a request from the prime minister to dissolve both government and parliament and call a new quick election. Gunnlaugsson could be the first casualty of the "Panama Papers" leaks. (05.04.2016)

Panama Papers: What did the EU Commissioner know?

The wife of a Spanish EU Commissioner had a shell company in Panama - but the EU Commission has dismissed it as "apparently" harmless. Bernd Riegert reports from Brussels. (04.04.2016)