Panama Papers: What did the EU Commissioner know? | Europe| News and current affairs from around the continent | DW | 04.04.2016

Panama Papers: What did the EU Commissioner know?

The wife of a Spanish EU Commissioner had a shell company in Panama - but the EU Commission has dismissed it as "apparently" harmless. Bernd Riegert reports from Brussels. 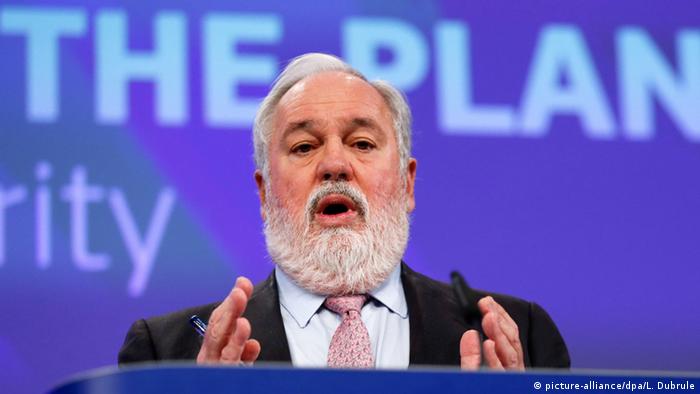 The name is one of thousands of names listed in account files from Panama made public by several media operations. Solis-Beaumont is married to Miguel Arias Canete (pictured above), Spain's EU Commissioner for Energy and Climate Protection. His wife is from a wealthy family and had the power to sign documents for the Rinconado Investment Group - a shell firm in Panama - in 2005.

The company existed at a time when her husband held public office in Madrid, and when he joined the EU Commission in 2014. A journalist from the investigative group that evaluated the "Panama Papers" informed the Spanish Commissioner, who in turn immediately called EU Commission President Jean-Claude Juncker with the news of possible negative publicity the Commission might face. 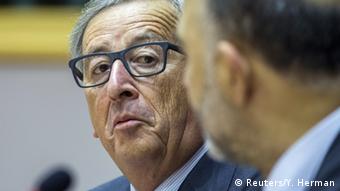 There is no evidence the Canetes were involved in illegal business or evaded taxes, but EU Commissioners are expected to meet high ethical standards.

Canete had disclosed his finances upon taking office - as required - including the business activities of close relatives. Commissioner Canete's "declaration appears to be in compliance with the code of conduct for commissioners," EU Commission spokesman Margaritis Schinas said on Monday in Brussels, and twice pointed out that this assessment is based on Canete's statements.

According to the spokesman, Canete declared the company in Panama had been inactive for years, so there couldn't have been a conflict of interest that in turn might have influenced his job. His wife's lawyers said Micaela Demecq Solis-Beaumont had given the Spanish revenue offices all the necessary information.

The EU Commission has taken up the fight against tax avoidance and international tax loop holes.

A European Parliament committee is looking into whether EU Commission President Jean-Claude Juncker turned Luxembourg into a tax haven by introducing tax evasion models for large companies when he was prime minister.

The accusations, roundly dismissed by Juncker, emerged two years ago in the wake of the "Lux Leaks" disclosure of secret tax deals between Luxembourg finance authorities and companies.

EU lawmaker Michael Theurer says the Panama Papers are shocking. "Of course, our special investigative committee will also take up the trails and findings from the Panama Papers," he said. "We knew that Panama is a tax haven, but the apparent extent of the tax evasion and the suspicion that heads of state and government are involved is a scandal," the German lawmaker said.

EU to tax profits where they're generated

Luxembourg has extremely low tax rates for profits generated in other parts of the world. This custom, also a common practice in other EU states like Ireland or the Netherlands, is to be curbed by a new EU law. The EU Commission, led by French EU Commissioner Pierre Moscovici, submitted a proposal earlier in the year that would see profits taxed where they are actually generated. Tax evasion schemes like those in Luxembourg would, then, cease to be attractive.

Moscovici told French broadcaster RTL that the EU was now free of tax havens: "We are complying with international standards." Potential allegations emanating from the Panama Papers would have to be investigated. However, the mere existence of an offshore firm was not illegal, he added. The French, Dutch and other governments in Europe announced that tax authorities and state prosecutors would scrutinize the bank account data. 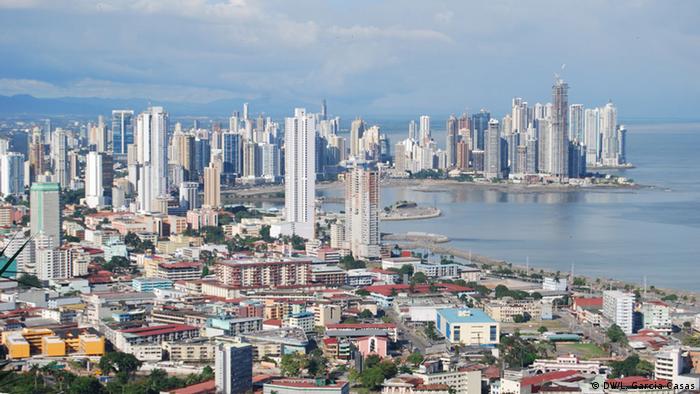 Panama City has been an offshore hub for years

Sven Giegold, a member of the European Parliament for the Green party and financial expert, demanded sanctions on European banks which are engaged in business with dubious offshore companies: "Through their inactivity, EU member states allow wealthy elites to make funds disappear in third countries and thereby evade inland tax payments. It's scandalous that there is no transparency whatsoever for this sort of business and that we still have to rely on information provided by whistleblowers and journalists," Giegold said in Brussels.

The EU Commission promptly expressed disagreement with Giegold's view. European banks already had to disclose their tax operations and shares, said a spokesperson for the Commission.

A close aide of former Greek prime minister Antonis Samaras and the late father of British prime minister David Cameron are also believed to have been active in Panama.

After journalists published a tranche of documents exposing the shadowy world of offshore business, two German banks have said helping customers set up shell companies abroad is not illegal per se. (04.04.2016)

African public officials are among the high-ranking figures to find their names in the leaked Panama Papers. Kofi Annan's son Kojo and a nephew of South Africa's President Zuma are among those listed in the disclosures. (04.04.2016)

Naming politicians, sports stars and others using offshore tax havens in the 'Panama Papers' leak of documents has offered an unprecedented look into how the elite conceal money. Tax authorities have started to react. (04.04.2016)