African public officials are among the high-ranking figures to find their names in the leaked Panama Papers. Kofi Annan's son Kojo and a nephew of South Africa's President Zuma are among those listed in the disclosures. 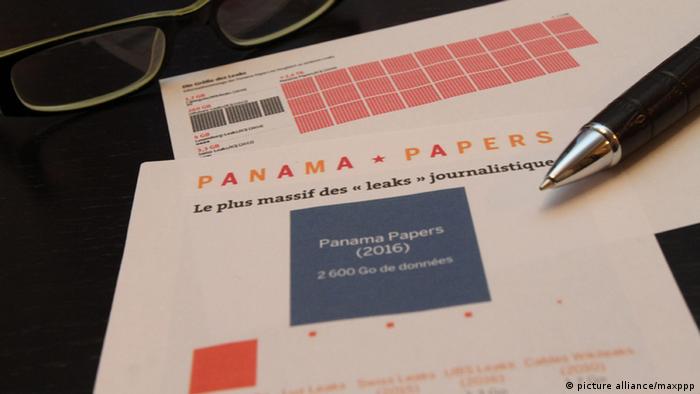 The law firm Mossack Fonseca in Panama sells anonymous offshore companies around the world. It’s not illegal to own such a company or shares, but they can be used to cover up deals that could be illegal. Research by the International Consortium of Investigative Journalists (ICIJ) and a German newspaper Sueddeutsche Zeitung has uncovered trade deals between Mossack Fonseca and several African public officials.

South Africa's President Jacob is currently battling parliamentary impeachment proceedings following corruption allegations including the Nkandla and Gupta Family scandal. The Panama Papers could provide Zuma's opponents with fresh ammunition in their bid to oust him. The documents link President Zuma in an oil mining deal between a British Virgin Islands-based oil company Caprikat Limited and Joseph Kabila, President of the Democratic Republic of Congo (DRC).

According to the documents, Zuma helped Caprikat to secure oil fields in the DRC and ordered his nephew to head the firm's operations in the country.

Kalpana Rawal, Kenya's deputy Chief Justice was implicated in several business deals linked to two companies based in British Virgin Islands. Rawal and her husband were directors of the companies prior to her appointment as deputy chief justice. The documents revealed Rawal's involvement in real estate in the United Kingdom through offshore companies. Rawal has not stated if she had declared any of her investments to Kenya's judicial service commission. Kenya's constitution bars public servants from owning a bank account outside the country.

Ghana's former President John Agyekum Kufour 's eldest son, John Addo Kufour, was also mentioned in the revelations. During President Kufour's first term, the son and his mother allegedly controlled a bank account in Panama worth $75,000 (66,000 euros). They appointed the Panama-based law firm, Mossack Fonseca, to manage the fund which was called The Excel 2000 Trust. Local media in Ghana had reported allegations that the younger Kufour gained lucrative government contracts and private sector business deals through his father. But an official commission later found no evidence of wrongdoing.

Mamadie Toure, widow of Guinea's late president, Lansana Conte, was allegedly granted the power of attorney to Matinda Partners and Co Ltd, a British Virgin Islands company, in November 2006. Authorities in the US claimed that Toure received $5.3 million to help a mining company win a mining concession from President Conte shortly before he died in 2008.

Mounir Majadi, personal secretary to Morocco's King Muhammed VI, allegedly purchased a luxury 1930s schooner “Aquarius W” in 2005 on behalf of SMCD Limited, a British Virgin Islands firm. After the purchase, the vessel was registered in Morocco and renamed “El Boughaz I.” It is now owned by King Mohammed VI.

Jose Maria Botelho de Vasconcelos is Angola's oil minister. Oil is the southern African country's main export. He also held the portfolio for energy and water. Prior to the Panama files, de Vasconcelos had never been linked to any corruption allegations. According to the Panama Papers, he secretly ran a company based in the South Pacific. The company was worth $1 million, according to his own statements. The company was disbanded in 2009.

Ian Kirby began his career as a tax specialist and has been the head of the Court of Appeal, the highest court in Botswana, since 2010. According to research by ICIJ, Kirby had shares in seven offshore shell companies based in the British Virgin Islands. The purpose for which these companies existed is unknown, but Kirby told ICIJ that he and his wife had invested only the required minimum contribution in the company and want to use them for investment purposes. Due to the economic crisis they had lost a large part of the money.

She is considered one of the most influential people around President Joseph Kabila. Jaynet Desiree Kabila Kyungu has been sitting in Democratic Republic of Congo's parliament since 2012. She also has a media company. The Panama Papers revealed that Kyungu together with a Congolese businessman were co-heads of an offshore company based in the South Pacific. The company is said to have shares in one of the largest mobile operators in the DR Congo.

Kojo Annan purchased an apartment in London for $500,000 in 2013, according to the ICIJ's Panama Papers, through an offshore company headquartered in South Pacific nation of Samoa. He is also registered as a director of two other companies, based in the British Virgin Islands in the Caribbean. His company acted according to applicable laws and purposes, according to Kojo Annan's lawyer. Kojo's father, Kofi Annan, was Secretary General of the United Nations (UN) between 1997 and 2006. During this period, the UN placed an order under the oil-for-food program to a Swiss company for which Kojo Annan worked. Allegations of corruption and nepotism were made, but an independent investigation found no proof.

Mouhamadou Mbodj, coordinator of the "Forum civil" and Transparency International in Senegal, said he was not surprised by the Panama Papers' revelations. In a DW interview, Mbodj said money disappearing through tax havens was exactly the reason why African countries lacked better social policies. "This probably can be explained by the absence of these funds and that's also the reason why so many people emigrate to Europe," Mbodj said.

Who, what, where and when: The release of the so-called "Panama Papers" on offshore financial dealings of the wealthy, the famous and the powerful is being called the biggest leak in history. (04.04.2016)

Rarely has "Süddeutsche Zeitung" been in such great demand in newsrooms. The exclusive story on the "Panama Papers" highlights the power as well as the impotence of journalistic work, DW's Marko Langer writes. (04.04.2016)