After journalists published a tranche of documents exposing the shadowy world of offshore business, two German banks have said helping customers set up shell companies abroad is not illegal per se. 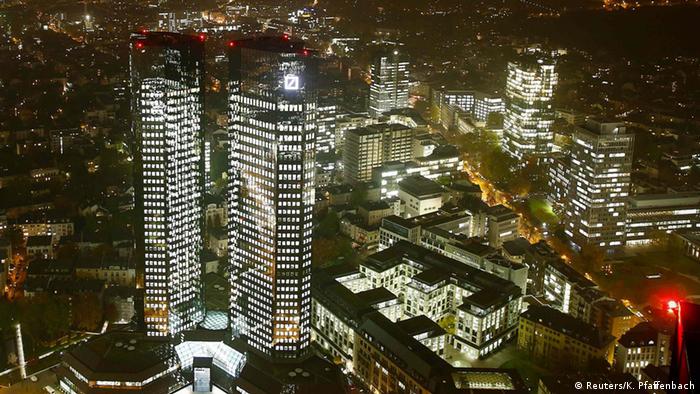 The allegations were part of the so-called Panama Papers, a massive trove of leaked emails, PDFs and other records that expose a world of letterbox companies and business arrangements that until recently had been largely hidden from public view.

The Panama Papers were first obtained by reporters at the German daily "Süddeutsche Zeitung," and on Sunday, the head of the paper's investigative unit suggested to a German TV host that every bank in Germany was somehow implicated.

"If you were to ask me which German bank hadn't helped its customers go to Mossack Fonseca, I would have to think long and hard to see if a single one came to mind," said Georg Mascolo, referring to the Panama-based law firm that is at the center of the leaks because it's where the documents originated.

Mascolo proceeded to single out Deutsche Bank and Berenberg bank, the latter of which he said had "especially distinguished itself."

Not illegal per se

Both institutions promptly denied any wrongdoing. Speaking to the news agency DPA, a spokesman for Berenberg's Swiss subsidiary insisted there was nothing inherently illegal about dealing with offshore companies.

"This is, of course, done in line with legal regulations, but it does require greater due diligence on the part of the banks," he said, noting that such accounts were "permanently monitored."

Deutsche Bank, for its part, said in an emailed statement that it had improved protocols for accepting new customers and was "fully aware of the significance of this matter."

"As far as the Deutsche Bank is concerned, we verify with whom we do business, making sure that our guidelines, procedures and systems are designed to comply with all applicable laws and regulations," the statement said.

So far, state prosecutors and tax authorities from around the world have pledged to get to the bottom of whether any national laws had been broken.

The German government, which has come down hard on tax evaders since Wolfgang Schäuble took control of the finance ministry, said it saw the revelations as an opportunity to reinforce global efforts to curb tax fraud and money laundering.

So far, no Germans have been identified by the Panama Papers as having established an offshore account through the law firm Mossack Fonseca, but the "Süddeutsche Zeitung" noted that it would publish a comprehensive list by the end of the month.

The global Pandora Papers investigation into secret wealth and offshore dealings has revealed the names of several high-profile leaders within the European Union. That has raised uncomfortable questions for EU honchos.