More than 85% of the country's workers have either opted for shorter hours for the same pay or have earned the right to work less. The huge endorsement of a shorter working week followed two trials of a four-day week. 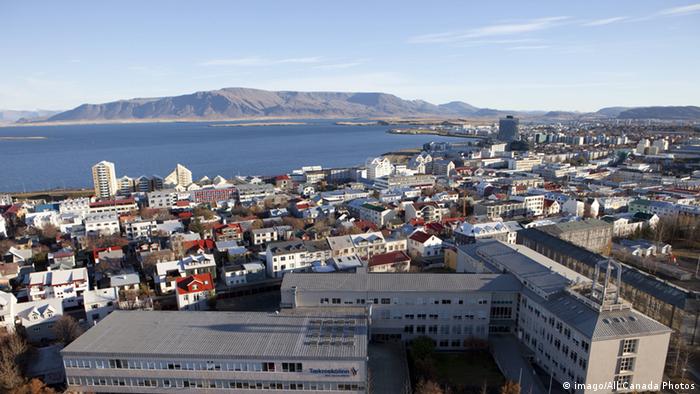 The experiment involved over 2,500 workers — more than 1% of Iceland's entire working population

Workers in Iceland have been increasingly opting for a shorter working week after two large-scale studies showed that clocking fewer hours at work "dramatically" increased their well-being and work-life balance.

The two trials, which ran from 2015 to 2019, also found that productivity remained the same or improved across most workplaces enrolled in the experiment.

The researchers said the trials run by Reykjavík City Council and the national government were an "overwhelming success," and, since their completion, about 86% of workers are now working shorter hours without taking a pay cut, or have gained the right to do so.

"The Icelandic shorter working week journey tells us that not only is it possible to work less in modern times, but that progressive change is possible, too," said Gudmundur Haraldsson, one of the researchers.

Iceland trails its Nordic neighbors such as Sweden, Norway and Denmark in evaluations of work-life balance, largely thanks to its workers having to clock longer working hours.

The experiment, which involved more than 2,500 workers — over 1% of Iceland's entire working population — covered a wide range of workplaces from playschools to hospitals and offices to social service providers.

Many of the trial participants moved from a 40-hour week to a 35- or 36-hour working week.

Workers reported that shorter hours made it easier for them to do various errands around the home, such as shopping, cleaning and tidying, during weekdays. Many male participants in heterosexual relationships said they could devote more time to household chores, especially around cleaning and cooking.

"It shows that the public sector is ripe for being a pioneer of shorter working weeks — and lessons can be learned for other governments," said Will Stronge, director of research at UK think tank Autonomy, which, along with the Association for Sustainable Democracy (Alda) in Iceland, analyzed the results of the trials.

Four-day week - a model for the future?

The idea of a four-day working week has been steadily gaining traction across the world.

Spain is trialing a 32-hour workweek for companies in a €50 million ($59 million) pilot program. Consumer firm Unilever has launched an experiment in New Zealand in which it is paying dozens of its employees their full salaries while asking them to work only four days a week.

In Japan, the government has recommended that companies allow their staff to opt for a four-day week to improve workers' well-being. Companies, on their part, would be able to retain capable and experienced staff who might otherwise have to leave due to family responsibilities.

In August, Germany's biggest trade union, IG Metall, called for a shorter week, arguing the move would save thousands of jobs otherwise threatened by the automobile industry's transformation to electric mobility.

A report commissioned by the 4 Day Week campaign from Platform London showed that shifting to a four-day working week also offered environmental benefits. It could shrink the UK's carbon footprint by 127 million tons per year by 2025, or equivalent to taking 27 million cars off the road, the study suggested.

The new world of work