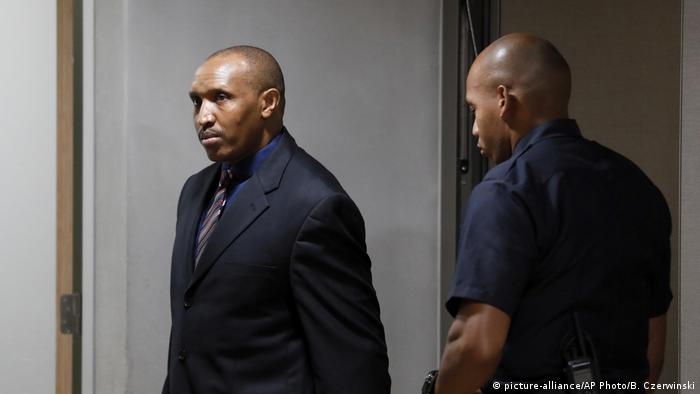 In this file photo from August 2018, Bosco Ntaganda appears before the International Criminal Court

The sentence, handed down in 2019 on 18 counts of war crimes committed in the early 2000s, is the longest in the court's history.

What was the previous ICC ruling?

Dubbed the "Terminator," the Rwandan-born 47-year-old was found guilty of crimes against humanity, including murder, sexual slavery, rape and using child soldiers.

The ICC convicted him in July 2019 and sentenced him in November 2019.

On March 8 this year, the ICC ordered a record $30 million (€25.3 million) in reparations to Ntaganda's victims.

The court said it was offering "collective reparations with individualized components" for possibly more than 100,000 eligible victims.

Judges said Ntaganda was a "key leader" of the Union of Congolese Patriots (UPC) rebel group and its military wing, the Patriotic Forces for the Liberation of Congo.

The group operated on the eastern border of the Democratic Republic of Congo in 2002 and 2003, killing hundreds of civilians in the fight with rival militias over minerals in the region. Ntaganda's UPC, which was primarily made up of the Hema clan, targeted Lendu people in the mineral-rich Ituri Province. Since 1999, tens of thousands of people have been killed in the area. 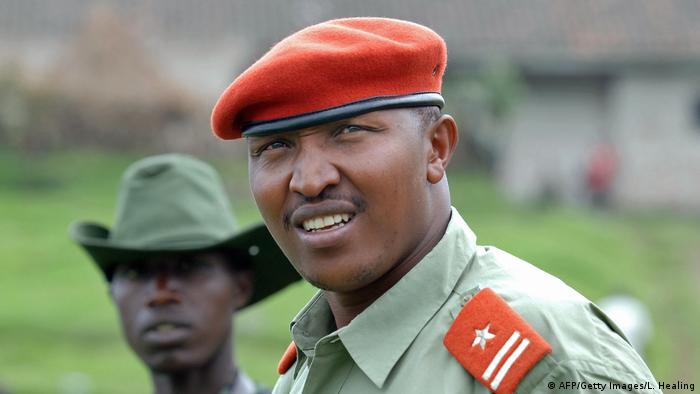 Who is Bosco Ntaganda?

Ntaganda was a former army general who later became a founding member of the M23 rebel group, which signed a peace deal with the government in 2013.

He was the first-ever suspected war criminal to surrender to the ICC in 2013 by walking into the United States Embassy in the Rwandan capital Kigali. An ICC warrant for his arrest was first issued in 2006.

He said during his trial that he was a "soldier not a criminal," insisting that the nickname "Terminator" did not apply to him. The name refers to the 1984 science fiction film depicting a relentless robot killer.

Congolese rebel leader Bosco Ntaganda, also known as the "Terminator" will spend 30 years in prison after being sentenced for war crimes. Ntaganda turned himself in 2013, and his time in detention will be deducted.