Child soldiers and other victims of Congolese militia leader Bosco Ntaganda are to be awarded millions of dollars by the International Criminal Court. Ntaganda was sentenced to 30 years in prison in 2019

International Criminal Court (ICC) judges in The Hague on Monday ruled that the victims of convicted war criminal Bosco Ntaganda should receive a total of $30 million (€25.3 million) in compensation.

The judges asked the tribunal's Trust Fund for Victims to establish programs, including vocational training, to support victims of his crimes. They said Ntaganda, sentenced in 2019 to 30 years in prison, did not have the resources to pay the compensation himself.

Ntaganda was jailed for murder, rape and other atrocities committed when he was military leader of the Union of Congolese Patriots (UPC) militia in the eastern Democratic Republic of Congo (DRC) in 2002-2003.

Hundreds of civilians were slaughtered and many thousands forced to flee during the violence.

Who is eligible for reparations?

The judges were unanimous in their reparation ruling, which sets a new record for the court.

"The Chamber encourages the Trust Fund for Victims to complement the reparation awards to the extent possible and engage in additional fundraising efforts as necessary to complement the totality of the award," Judge Chang-ho Chung said. 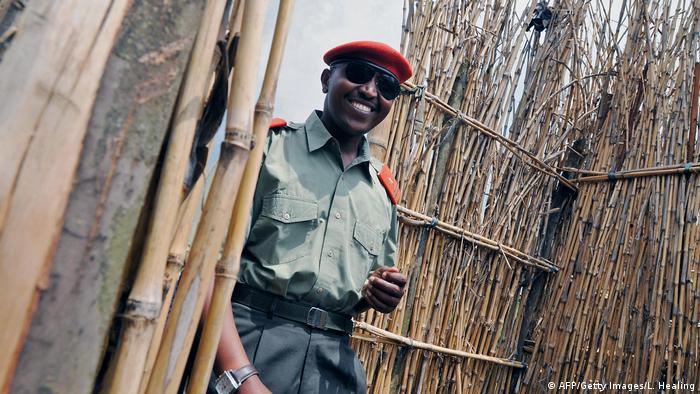 The fund, which relies on voluntary contributions, had about €18 million in reserves in 2018. Much of that was already pledged in other cases.

Ntaganda became the first ICC suspect to surrender himself to the court's custody in 2013,  surprising diplomats when he turned himself over to authorities at the US Embassy in Rwanda's capital city, Kigali. He was flown to The Hague soon after.

From 2002 and 2003, the Congolese rebel leader, known as "The Terminator," led UPC troops who were accused of perpetrating a multitude of abuses, including murder, sexual slavery, recruiting child soldiers and rape.

More recently, he commanded the militia known as M23. He is believed to have fled to Rwanda along with some of his troops after a defeat dealt by Congolese government troops.

Mahamat Nouradine Adam is suspected of war crimes and crimes against humanity and is still leading a rebellion.