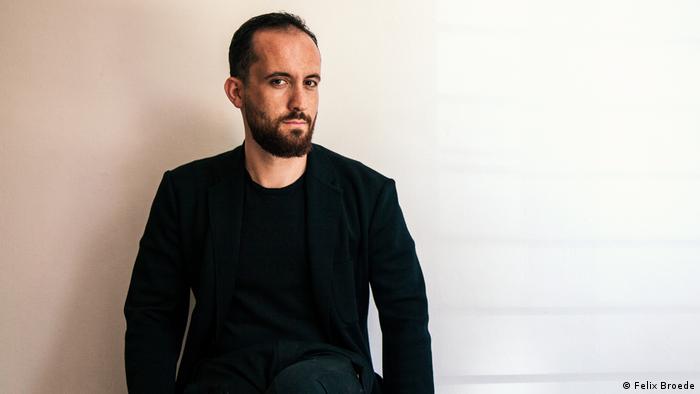 Igor Levit started to play the piano at age 3

"Igor Levit may well be one of the best pianists of the century. In any case, he is the most noticeable," writes Florian Zinnecker, in the preface to Hauskonzert, the new biographical book he co-wrote with Levit .

The celebrated 34-year-old concert pianist is in fact omnipresent in the German media, not only as a musician but also as a vocal critic of the far right and social problems.

During the first weeks and months of the pandemic last year, Levit streamed house concerts every evening from his Berlin living room, hence the title of the book. He reached a broad international audience, including people who normally might not have tuned in to classical music. The improvised event was so popular that Levit was allowed to stream one of his house concerts from Bellevue Palace, the residence of the German president.

He was also awarded a Cross of Merit, though not for playing for audiences from his home but for his civic engagement in general.

More than a musician

Zinnecker, an editor at Germany's weekly Die Zeit, lives in Berlin "just a few doors down" from Igor Levit. The fact that they are neighbors was not the only reason why Zinnecker was chosen as co-author for the book — they simply got along. "I trusted him, I confided in him," Igor Levit told public broadcaster NDR.

Zinnecker in turn wanted to understand Igor Levit as a person, and he was surprised to find they have so much in common. He was also surprised to find "a very normal human being" behind the superlatives and his role as a concert pianist and virtuoso.

A classical music aficionado, Zinnecker offers astute observations of the crazy life of a star musician during the coronavirus crisis. For about a year, the journalist accompanied Levit to concerts, rehearsals, sound recordings and television appearances. 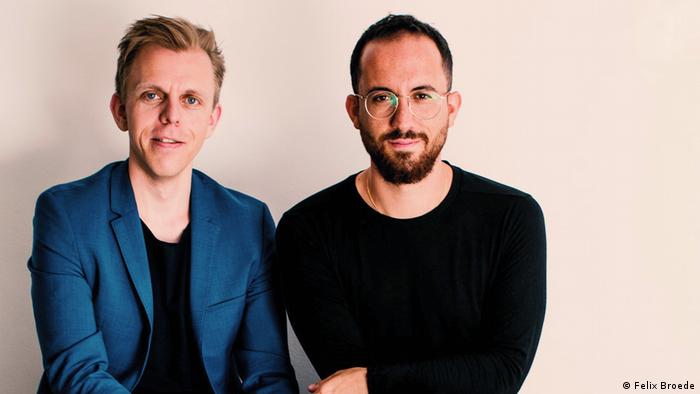 Music is Levit's language, his weapon, and to a certain extent his "means to an end" — that much was clear from the start. But just being a sought-after piano virtuoso is not enough. "I want more," says Levit, adding that not even the grand piano is enough for him: "I play pieces all the time that are too big for the piano."

That's why he is constantly on the go, getting involved in day-to-day politics, traveling to refugee camps, all the while taking criticism and even death threats in his stride.

Hauskonzert is neither a diary nor a classic biography. The authors shift back and forth between times and themes, close-ups and retrospectives. Press agents, sound engineers, music critics, directors of concert halls and festivals are quoted and names of famous conductors and popular piano teachers are mentioned.

The book's pleasantly factual, sometimes ironic tone becomes emotional for example when it tells the story of how the pianist's mother, Elena Levit, a young music teacher, walked past the desolate prefabricated buildings in the Soviet city of Gorky (now once again called Nizhny Novgorod) in the winter of 1987, dreaming of how her still unborn son would play Rachmaninoff on stage on day. A few pages further along in the book, Elena Levit and Florian Zinnecker try to make the reader believe no one ever aimed to turn little Igor "into a musical genius." 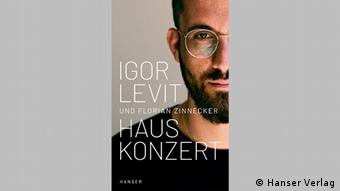 In December 1995, the Levit family left the Soviet Union for Germany, admitted to the country on humanitarian grounds as part of the more than 220,000 so-called Jewish "contingent refugees" from the former Soviet Union who were to migrate to the country over the years.

The Levit family settled in the city of Hanover with its superb piano teachers. The following years were difficult, but the family managed, and integrated into German society. Igor Levit, a "rather unhappy" overweight teenager, dropped out of high school. A wizard on the piano, he did not lack confidence, however.

"We live in a country that doesn't like egomaniacs, for various reasons, including historical ones," Levit is quoted as saying in the book. "Honestly, the accusation bores me," he adds. But Levit is not about egomania at all, Zinnecker writes, explaining that the musician is more about the "small and subjective," someone modestly presenting himself as "it's only me."

The biographic work Hauskonzert certainly manages to give the reader a glimpse of the artist's persona with all his strengths and weaknesses.

Hailed as one of the greatest and most prolific musicians of the last century, his birthday wish is for the speedy return of live performances.