"I Try to Be an Example of an 'OK' American"

Jonathan Franzen is an American author whose 2001 book, "The Corrections," was a bestseller on both sides of the Atlantic. Franzen was recently in Germany promoting his autobiographical memoir, "The Discomfort Zone." 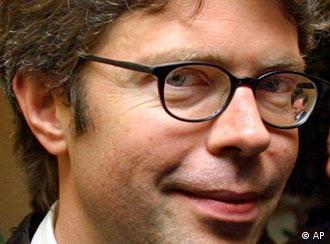 Spanning different worlds leaves the author in "The Discomfort Zone"

Jonathan Franzen's new memoir groups six chapters with subjects ranging from his childhood love for "Peanuts" comics, to the time he spent studying German literature as a Fulbright scholar in Berlin, to his current obsession with bird watching.

Franzen spoke to DW-WORLD.DE shortly before he read to a sell-out crowd at the Cologne Opera House, as part of this week's LitCologne international literary festival.

DW-WORLD.DE: Jonathan Franzen, how do you explain the success of your writing in Europe, considering that your subjects and themes are so essentially American?

But I think a lot of it has to do with our being, for better or worse, the one superpower. And even if you are the enemy of the US -- and I can understand why in the last six years you might have been an enemy -- it still helps to know that enemy.

Otherwise, I can say, I've got great publishers in Europe.

With Bush in the White House and the war in Iraq, America's stock is down right now in Europe. As a result it seems that the balance between admiring and deriding American culture is tipping toward the negative. What does this mean for an American writer?

The irony of the plummeting of American stock, under Cheney and Bush, is that Europe -- each time I come over here -- looks more and more like America. So there is a certain psychological necessity to finding something to hate. In a way, Bush and Cheney have given the Europeans a great gift -- they've made it morally defensible to dislike the country.

I think expats and American writers alike have something verging on a national responsibility to remind Europeans that Bush didn’t win the first election, and he barely won the second one -- it was, in its own way, stolen. And that less than a third of the American population thinks he's doing a good job. That's what I would hope to do as an American writer, to try and be an example of an OK -- which is to say, self-critical -- American. 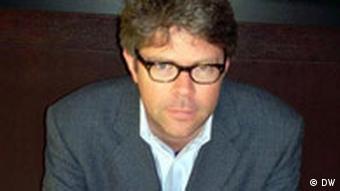 Franzen: "Bush and Cheney have made it morally defensible to dislike the US"

When you say Europe and America are more and more alike, what are you referring to?

I mean the shopping centers. I got on a train in Berlin yesterday, and it was like getting on a plane at the Pittsburgh airport: the train station as shopping mall. It just doesn't feel like Bahnhof Zoo. If you look hard enough, you can still find the Imbiss (snack bar), but you have to go by the clothing stores, and the electronics stores, and the banks. Always the banks.

Can you tell me about the title of your new "personal history," "The Discomfort Zone?"

I grew up in the middle of a battlefield in my own family, with very different personalities that were warring with each other. And I grew up in the middle of a country that was, at the time, very divided between an older generation and a rebellious youth movement generation. And I've gone on to inhabit an intensely polarized country -- the red-blue, conservative/less-conservative division of the country. And as a writer I have tried to bridge an almost unbridgeable American gap between the populist and the seriously literary.

And in all of these instances, I have felt sympathy for both sides. And I think just setting yourself up as someone who has affection for both Europe and America, and wants to defend one to the other, all of these are themselves recipes for discomfort.

And then of course there are the many psychopathologies that I live with as well, that toss off their own discomforts.

There is a chapter in "The Discomfort Zone" called "The Foreign Language." On the surface it appears to be about your learning German and reading German literature. But if you look closer, the chapter is really all about, well, sex, and self-discovery. Did German literature really play such a big role in your personal development?

Absolutely, yes. One of the reasons I studied German was that it was a ticket to Europe, a way for my parents to approve of my coming over here by myself, without their surveillance. 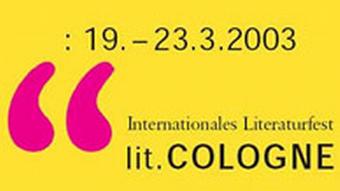 Cologne's annual international literature festival has been on since 2001

And my already-existing interest in being a writer was made much, much worse by my exposure to modern German literature -- modern prose in particular -- in that it made writing seem not only like a fun job and something I could do to get some attention and entertain people, but like a religion almost. Something that could give meaning to my life, and something that could be part of an effort to really transform myself, and to become the person I needed to be in order to escape from my parents and move on in life.

So all of that was really bound up in those exciting years, of 18, 19, 20, 21. And I feel fortunate that it was Germany, just because I continue to have the highest respect for German literature.

A significant theme in "The Discomfort Zone" is your obsession with your current hobby, bird watching. Have you been bird watching during your book tour in Germany?

I spent a wonderful eight hours in a field northeast of Berlin. We saw 45 different species of birds, six or seven of them new to me. It was the real highlight of this trip! Although it's also nice to do the public presentations and meet readers.

At the end of your book, you seem to have grown more comfortable with yourself -- not least thanks to the enjoyment you find in bird watching. Would you say you have reached a "comfort zone" after all?

I don’t actually feel as if I'm in a much more easeful place. Even to be out in nature looking at birds, it brings me great joy but it also is really, minute by minute, full of great sadness over the terrible future in store for so many species on the planet, as we change the climate and destroy more and more habitat.

So it's maybe not as exquisite an embarrassment; it's turned into something more like a weird mixture of joy and great sadness. But I would still call it discomfort.

But in your book, you talk about coming into your apartment in New York and being grateful that you had at last become the person you always wanted to be … right?

Actually, I talk about coming into my apartment and not recognizing the person who lives there -- that it feels like I'm in somebody else's apartment.

Whoops. Guess I got that wrong.

Sorry to disappoint you. No, that was yet another moment of discomfort.

Are you working on another novel? If so, is it harder to do considering the huge success of "The Corrections?" Winning the National Book Award is a hard act to follow.

I am writing a novel -- and it would be hard even if I hadn’t had the success with "The Corrections." It's always hard, but it's not like I don’t have a lot of confidence now. Yet the more time that goes on, the more stuff you've used up, so... no, the the pressure doesn't bother me so much. It's there, but there is always some sort of pressure like that.

There's always something to complain about as a writer. But this isn't a very good time for me to complain -- I have a lot to be grateful for.

Franzen on his literary escape