The Category 4 storm could have a "potentially catastrophic impact" on Western Sinaloa and Nayarit states. The hurricane will make landfall on the same day as Tropical Storm Vicente hammers the coast further south. 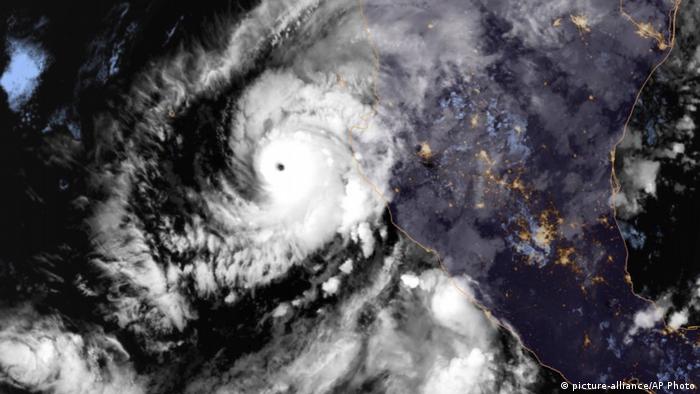 Willa is headed to shore with maximum sustained winds of 233 kilometers (145 miles) per hour, the National Hurricane Center (NHC) said in its latest update.

Despite downgrading from Category 5 to 4 on approach, "Willa is expected to be a dangerous major hurricane when it reaches the coast of Mexico," the NHC said.

The authorities warned that Willa could produce "life-threatening" storm surges, wind and rainfall with large and destructive waves, and  have a "potentially catastrophic" impact on western-central and southwestern regions of the country.

Mexican authorities urged residents to evacuate their homes and head to temporary shelters. Shipping ports have been closed, school is canceled, and beachside activities are also suspended.

The storm is set to make landfall south of the resort town of Mazatlan, in Sinaloa state, on Tuesday afternoon local time. But other tourist destinations in the neighboring state of Nayarit are also near to the storm's path.

Willa could bring 6 to 12 inches (15 to 30 centimeters) of rain to parts of Jalisco, Nayarit and Sinaloa states, while flash flooding and landslides could occur in mountainous areas.

Further south, Tropical Storm Vicente is also set to make landfall on Tuesday and expected to bring heavy rainfall and flooding to Mexico's south and southwest.

Officials have already reported 12 deaths due to heavy rains as Vicente approached.

Mexico's Pacific coast has already experienced deadly storms and rains this hurricane season. In September, at least 15 people were killed during flash floods in the states of Sinaloa and Michoacan.