Hungary's opposition Klubradio to be taken off the air 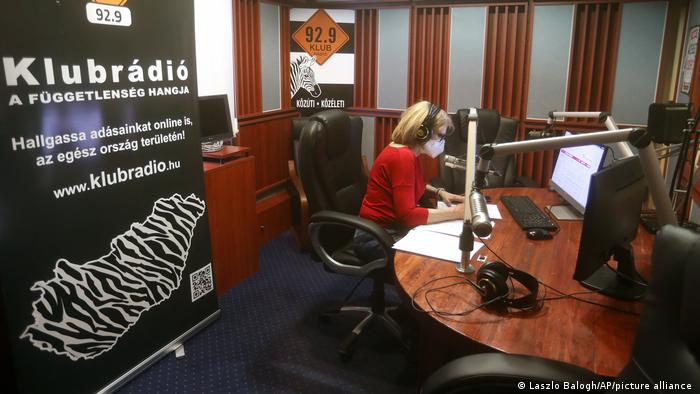 Klubradio, one of Hungary's last independent radio broadcasters, will be taken off the air on February 15 after a Budapest court on Tuesday upheld a decision by regulators to revoke the station's license.

The station, which has been broadcasting for 19 years, often featured talk shows with guests who would criticize policies of Hungary's nationalist government, led by Prime Minister Viktor Orban.

In a statement issued last week, the National Association of Hungarian Journalists called Klubradio "the only remaining ... public service broadcaster in Hungary whose content is not under government influence.''

The prime minister has been criticized in recent years by the European Union for slowly dismantling democratic principles in Hungary, including clamping down on media.

Media watchdogs say state-owned broadcasters in Hungary are becoming government mouthpieces while other outlets are shut down or taken over by owners loyal to Orban.

The station has acknowledged it was late in filing reports on programming content. Similar mistakes by other broadcasters have not resulted in the revocation of their licenses.

The early-evening talk shows and call-in broadcasts are particularly popular because they address important political and public affairs and permit listeners and guests from all political camps to comment.

"We are a disturbance," Gyorgy Bolgar, the station's most prominent presenter, told DW in September. "And it lies in the unscrupulous logic of a dictatorial one-party system to bury or assimilate everything that is disruptive."

The commissioner for human rights of the Council of Europe, a non-EU body which advocates press freedom and freedom of assembly, also slammed the decision on Tuesday.

Klubradio was once broadcast nationwide, but its range has gradually been reduced since Orban took office in 2010.

Now, the station can only be heard in and around the capital, Budapest, reaching an estimated 500,000 listeners. It's operators have said they plan to continue as an online station.

Klubradio CEO and director Andras Arato told the AP news agency that the verdict was "shameful."

"We are witnesses to a verdict that serves an endlessly cowardly, anti-democratic, illiberal system. It is not a surprise, but it is still sad,'' Arato said.