Hungarian lawmakers have approved a controversial measure to detain all asylum-seekers in camps along the country's southern border. Human rights groups warn that the law flouts key EU principles. 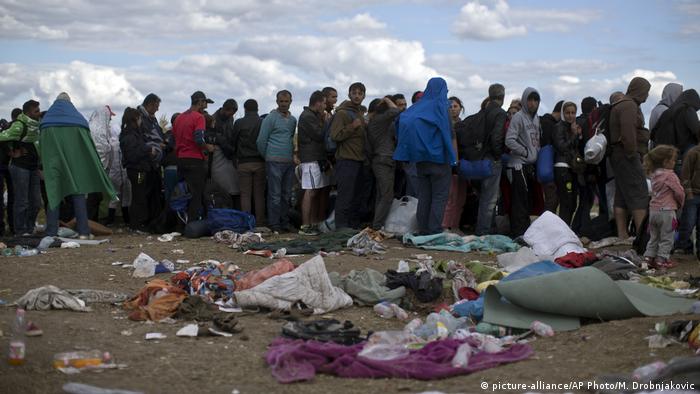 Budapest has said all migrants will be sent to detention centers while their asylum applications are pending. Prime Minister Orban admitted that this puts his country is in "open conflict" with the European Union. (09.02.2017)

The new legislation, which passed by a majority on Tuesday, prevents asylum-seekers from moving around or leaving the country until their claims have been processed. Instead, they are to be detained and transferred to container camps set up on the heavily fortified border with Serbia.

Hungary has been a focal point of Europe's migration crisis, with hundreds of thousands of people attempting to pass through the country in 2015.

Officials said the new border camps would be made up of converted shipping containers built onto existing "transit zones" that were created at the height of the influx.

Prime Minister Viktor Orban, who has taken a hard-line anti-immigration stance, said the bill was in response to recent terror attacks in Europe carried out by migrants. 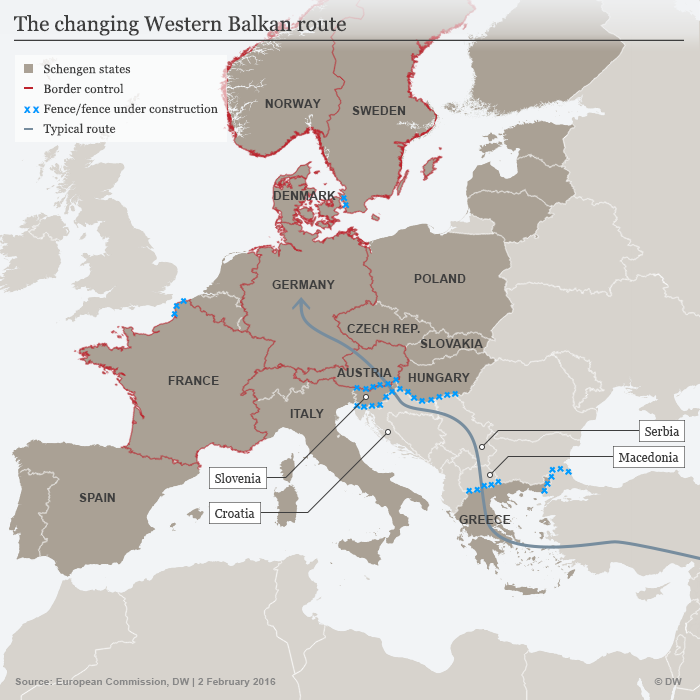 The law reinstates Hungary's practice of detaining asylum applicants, which it suspended in 2013 after facing pressure from Brussels, the UN refugee agency (UNHCR) and the European Court of Human Rights.

Government officials said the legislation would better protect both Hungarian and EU citizens. But UNHCR spokeswoman Cecile Pouilly warned the decision to detain all asylum seekers would further traumatize people who have fled violence. 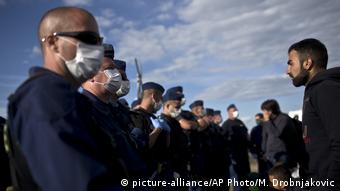 "This new law violates Hungary's obligations under international and EU laws and will have a terrible physical and psychological impact on women, children and men who have already greatly suffered," she said.

Orban has called migrants, many of whom are Muslims, a threat to Europe's Christian identity and culture. His government has also built razor-wire fences on its borders with Serbia and Croatia, rejected an EU scheme to spread migrants around the bloc and sought to expel thousands of people for "illegal border-crossing."

According to the government, just over a thousand people have applied for asylum in Hungary so far this year.

Inside Europe: The Balkan route one year on