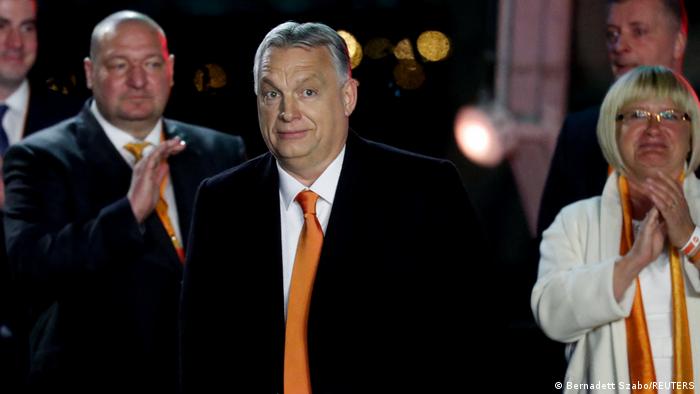 Partial results have given Viktor Orban's Fidesz party a strong lead, putting Orban on track for a fourth term in office

With 75% of votes tallied, Orban's Fidesz-led coalition had won 54.5% of the votes versus 34% for a six-party opposition alliance.

The preliminary results showed Fidesz taking 135 seats in Hungary's 199-seat parliament, while the opposition was set to take 57 seats.

The opposition's prime minister candidate, Peter Marki-Zay, said that the voting conditions had been stacked against them and urged supporters to keep up hope.

Orban on track for fourth term

Speaking to supporters and party officials on Sunday evening, Orban declared the election a "huge victory" for Fidesz.

"We won a victory so big that you can see it from the moon, and you can certainly see it from Brussels,'' the prime minister said, taking a jab at the European Union which as repeatedly condemned the Hungarian leader for democratic backsliding.

Sunday's national election had voters decide whether to give Orban a fourth term in office or to throw their weight behind a new six-party opposition alliance in an election overshadowed by the war in neighboring Ukraine.

The polls took place amid accusations by opposition groups and international observers that Orban and his right-wing Fidesz party are favored by a widespread pro-government bias in the public media and heavy gerrymandering of election districts.

Russia's invasion of Ukraine, however, looked like it could have given the opposition United For Hungary a handhold.

Its candidate for prime minister, Peter Marki-Zay, highlighted Orban's close political and business relations with Moscow and called for Hungary to act in concert with EU partners on sanctions and weapons deliveries. 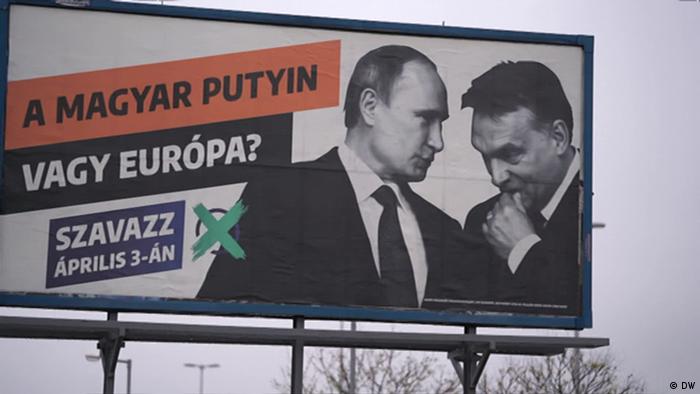 Opposition election posters have warned of Orban being a 'Hungarian Putin.'

What is Orban's stance on the Ukraine conflict?

Orban, a longtime ally of Russian President Vladimir Putin, has stated that Hungary must remain neutral and maintain its close economic ties with Moscow, including continuing to import Russian gas and oil.

Although he has supported an EU decision to send arms to Ukraine, he has rejected allowing weapons to be shipped from Hungarian territory, saying such a move could pose a security risk.

"This isn't our war, we have to stay out of it," Orban said at his final campaign rally on Friday.

On Sunday, while casting his vote in the capital, Budapest, he described the election as a choice between peace and war and again accused his opponents of trying to drag Hungary into the Ukraine conflict.

Asked about his ties with Moscow and Putin, Orban replied: "I am standing on the basis of the Hungarian national interests; I am pro-Hungarian."

The anti-Orban roadshow in Hungary

What does the opposition say?

Marki-Zay accused Orban of siding with Putin in the conflict and said the prime minister's moves had left him isolated within the EU, with which Orban has frequently anyway been at loggerheads.

The opposition leader cast the poll as a choice between East and West, charging Orban with turning Hungary toward Russia and away from the EU where it belongs.

According to Marki-Zay, Orban has undermined democratic rights and overseen rampant government corruption in the process. 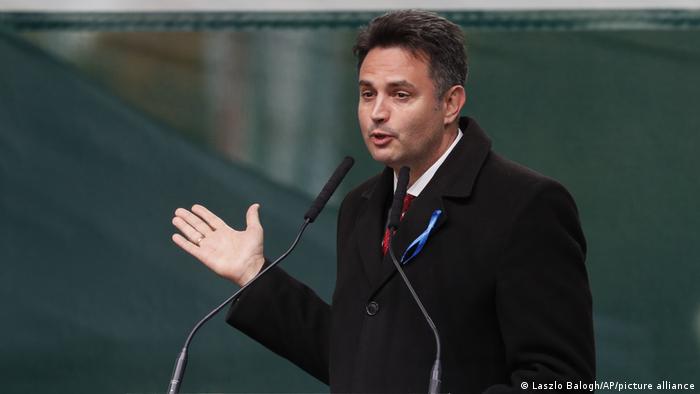 Orban, who sees himself as an advocate of "illiberal democracy," has taken control of many of his country's democratic institutions while claiming he is defending European Christendom against Muslim migrants, progressive trends and the "LGBTQ lobby." These attitudes have frequently brought him into conflict with the EU.

United for Hungary, for its part, has called for a new political culture based on pluralistic governance and the restoration of damaged alliances with the EU and NATO.

The opposition alliance included the leftist Democratic Coalition, the liberal Momentum party and the Jobbik party, the latter having turned from being far-right to moderate.