Hundreds cut off from outside world in besieged Benghazi

Amnesty International has published a report decrying the conditions of foreigners and families unable to get food and medicine for months. "We're living like animals," one resident told the rights group. 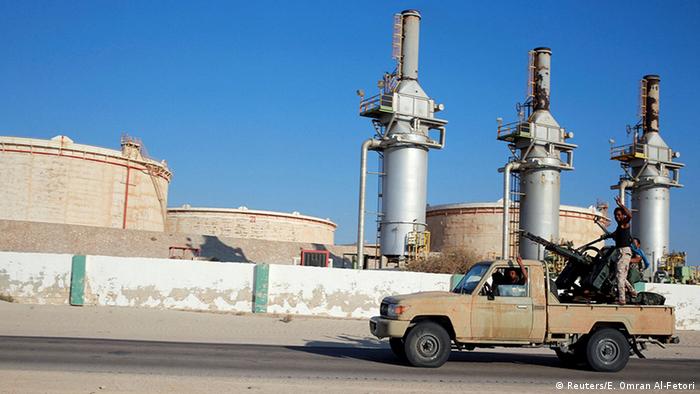 Amnesty International warned on Friday that hundreds of people, including many families and foreigners, were trapped in the Libyan city of Benghazi for months with no means of escape. A new report highlighted the plight of those surrounded by warring factions in the Ganfouda neighborhood, which has been completely cut off from the outside world.

"Time is running out for civilians in Ganfouda, who are being left to die trapped by the fighting," said Amnesty's deputy head for the Middle East and North Africa, Magdalena Mughrabi.

Benghazi has seen nearly constant fighting since 2014, when troops commanded by Khalifa Haftar in the name of the internationally recognized government have been fighting Islamist militants linked to al-Qaeda and "Islamic State" (IS).

"We're living like animals," one resident told the rights group, saying he had 24 people living in his small house after neighbors' and relatives' houses were destroyed.

Emphasizing the dire need for humanitarian aid, another civilian told Amnesty: "The children look like skin and bones because of the lack of food and poor nutrition. If they could just drop us some food for the children or get them out of here, even if that meant leaving the rest of us, that would be fine."

Amnesty appealed to both sides to create safe corridors in the city so that inhabitants can be given much-need food and medical supplies. Mughrabi accused Islamist militants of using the people of Ganfouda as human shields to keep Haftar's forces at bay.

"All sides should be facilitating the delivery of aid and granting civilians who wish to leave the area safe passage. Civilians should not be used as human shields, and those who wish to leave must be protected from arbitrary detention, torture or any other abuses," Mughrabi said on Amnesty’s website.

Italy says two of its nationals have been abducted; media reports suggest a Canadian is also missing. Little is known about the location from where they were taken, or their identities. (19.09.2016)

Italy has agreed to open a hospital in Libya, as well as deploy some 300 soldiers and staff. Concerns over the North African country are growing as war rages on multiple fronts. (14.09.2016)