When are refugees welcome — and when not? Historian Erik Lindner takes a long look back to discover answers to this question. He reveals them in his book "Flight Across the Sea." 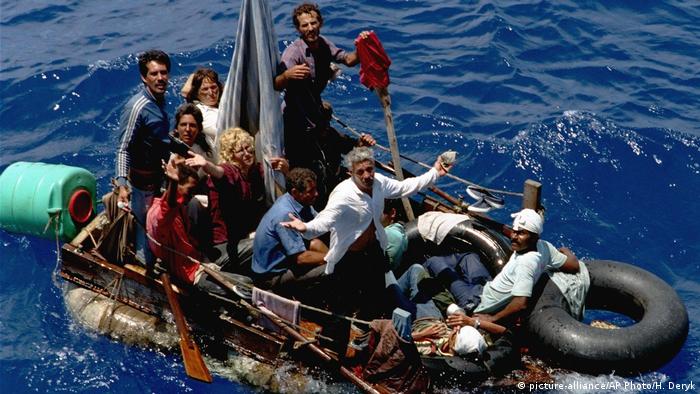 There are countless examples of fleeing across the sea — and historian Erik Lindner has been intrigued by this topic for a long time.

In the mid-1990s, it was the escapes to the Canary Islands that made the headlines. People traveled hundreds of nautical miles on fishing boats from the African west coast, with many of them drowning in the Atlantic. They were disasters that would repeat themselves in the Mediterranean Sea.

How to address the issue? The question remains as current today as it was back then. But it is also a topic that is timeless since fleeing has been part of humanity's experience from the very start.

Welcome — yes or no?

In his book Flucht übers Meer (Flight Across the Sea), Erik Lindner looks back at different regions and times in which people fled, and he notices similarities. "There were, for example, the 'boat people' from Vietnam, the GDR refugees, some of whom tried to cross the Baltic Sea to Schleswig-Holstein or Denmark, and the Cubans who arrived in Florida. These are three examples in which people who fled Communist states or dictatorships were welcomed," he noted.

The impetus was the East-West conflict: "Whoever fled Cuba or the GDR or Vietnam from the Communists showed that the West was superior. And that was something that occurred over decades: The US always had such an 'open door policy' toward Cuban refugees — as long as there weren't hundreds of thousands of them. So anyone who went from subjugation to freedom was welcome." 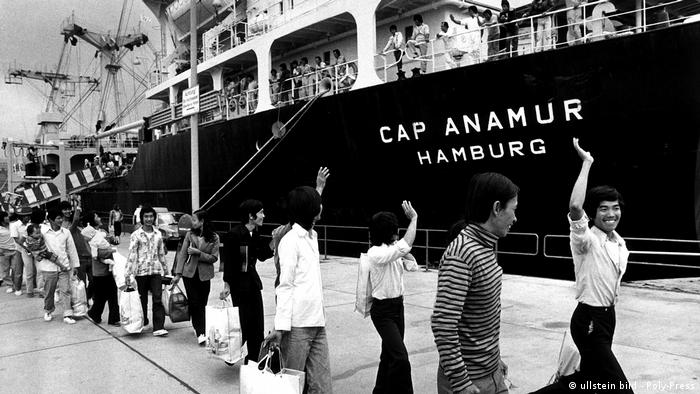 One of the photos in the exhibition at the International Maritime Museum: Vietnamese refugees depart the Cap Anamur in Hamburg; between 1979 and 1986, more than 11,000 refugees were rescued at sea via the revamped ship and brought to safe harbor

It was different during the Third Reich. "Many nations closed their doors at that time, some of them had to wait years for a visa," Lindner said. The exception at that time was Shanghai, where you could enter without a visa and stay there in exile. "The US at the time was in the midst of its economic crisis and US President Roosevelt could not afford to bring hundreds of thousands of German emigrants into the country in a short time after 1933. These are things we know today."

It should also not be forgotten that entering another country in 1933 was much more expensive than it is today. Crossing the border was more difficult, and an escape also had to be well prepared. Lindner believes that one cannot point blame at these countries either. "It was simply customary back then; they wanted to control immigration. They didn't want people who were a burden on the social system." That's a parallel that can also be drawn to the current situation. 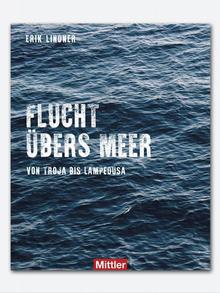 An eternal subject of humanity

To offer more insight into the subject, Lindner first looks back to Greek mythology — to the tale of story of Aeneas, who fled Troy and managed to begin a new life in the West after a dangerous odyssey. "It is the first escape from East to West across the Mediterranean, handed down in literary form, into a new life. And that is at the beginning of the history of Europe."

Basically, Lindner said, he hopes that his book will contribute to broadening the view on the subject and that people can see that the motives for fleeing have been the same for millennia. "One flees from war, misery, hunger, environmental influences, such as natural catastrophes, from religious oppression, dictatorship and slavery or subjugation. These are actually a handful of valid reasons that exist today, just as they did a thousand years ago."

He also sees a recurring pattern, for example, in the flight from hunger. In the middle of the 19th century, there was a great famine in Ireland due to years of bad harvests. Almost one in eight Irish people died then. One million of them left their homeland, most of them emigrating to the US, Canada or Australia.

Yet even after the catastrophe was over, the exodus did not cease. By 1911, Ireland had lost almost half of its population to migration. Interestingly, Patrick Kennedy, the great-grandfather of later US President John F. Kennedy, was also among the Irish famine refugees.

Historian Lindner also makes parallels to contemporary life. "This pattern in Irish culture could also compared to what is happening today in the African crisis states nowadays," Lindner pointed out.

Europe must maintain its humanity 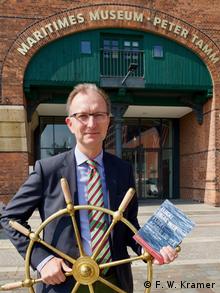 The fundamental message of Erik Lindner's book is that there have always been and will always be refugee movements. What remains is the question of how to deal with them in their respective contexts. There are no easy answers to that, but what is important, according to the historian, is to respect the migrants and their motives. Europe must preserve its humanity because that is the "core of its identity," he said. And the subject of migration will certainly not diminish.

"I am a historian and can't predict the future, but I don't think the refugee movements will just let themselves be stopped by development aid or Frontex [Editor's note: the European Border and Coast Guard Agency] or the like. They will continue."

In addition to the book, Lindner also acted as curator of an exhibition that will be on show at the International Maritime Museum in Hamburg from June 5, 2019 to February 2, 2020 that is likewise entitled "Flight Across the Sea. From Troy to Lampedusa." In addition to an array of photos, exhibits will be on display which aim to bring the migration events closer to the visitor. These include, for example, self-built surfboards with which two young men fled from the island of Rügen, which then belonged to the GDR, to Denmark in November 1986 — and actually made it to freedom.

Being forced to flee or migrate are among the world's most pressing issues. DW Akademie's projects include the promotion of dialogue and access to information. (21.05.2019)