With more than 200 million people in 130 countries across the globe depending on humanitarian assistance at some point or another last year, the aid bill is big. Is everyone getting what they need? 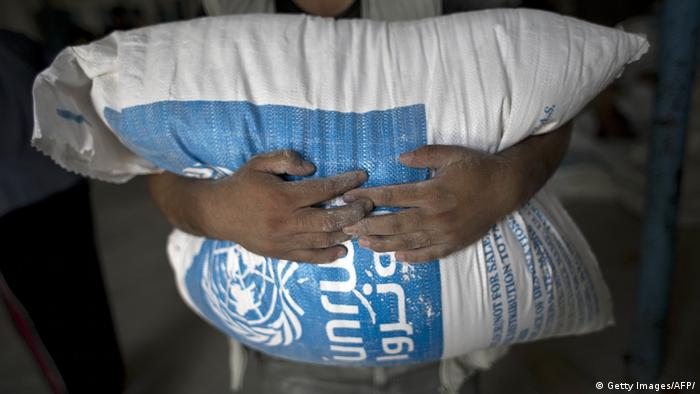 As armed conflicts in countries like Syria, Yemen and South Sudan continue to rage and natural disasters around the world regularly affect access to food, water and shelter, humanitarian aid is in high demand.

"There has been such a rise in people in need. We've got a higher number of refugees globally at the moment than ever before," Sally Austin, head of Emergency Operations with the international aid organization Cooperative for Assistance and Relief Everywhere (CARE), told DW.

That new high implies a need for unprecedented levels of help. And though, according to the Global Humanitarian Assistance Report 2018, worldwide aid donations from the public and private purse topped €24 billion ($27.3 billion) last year, they were by no means enough to meet global humanitarian needs. 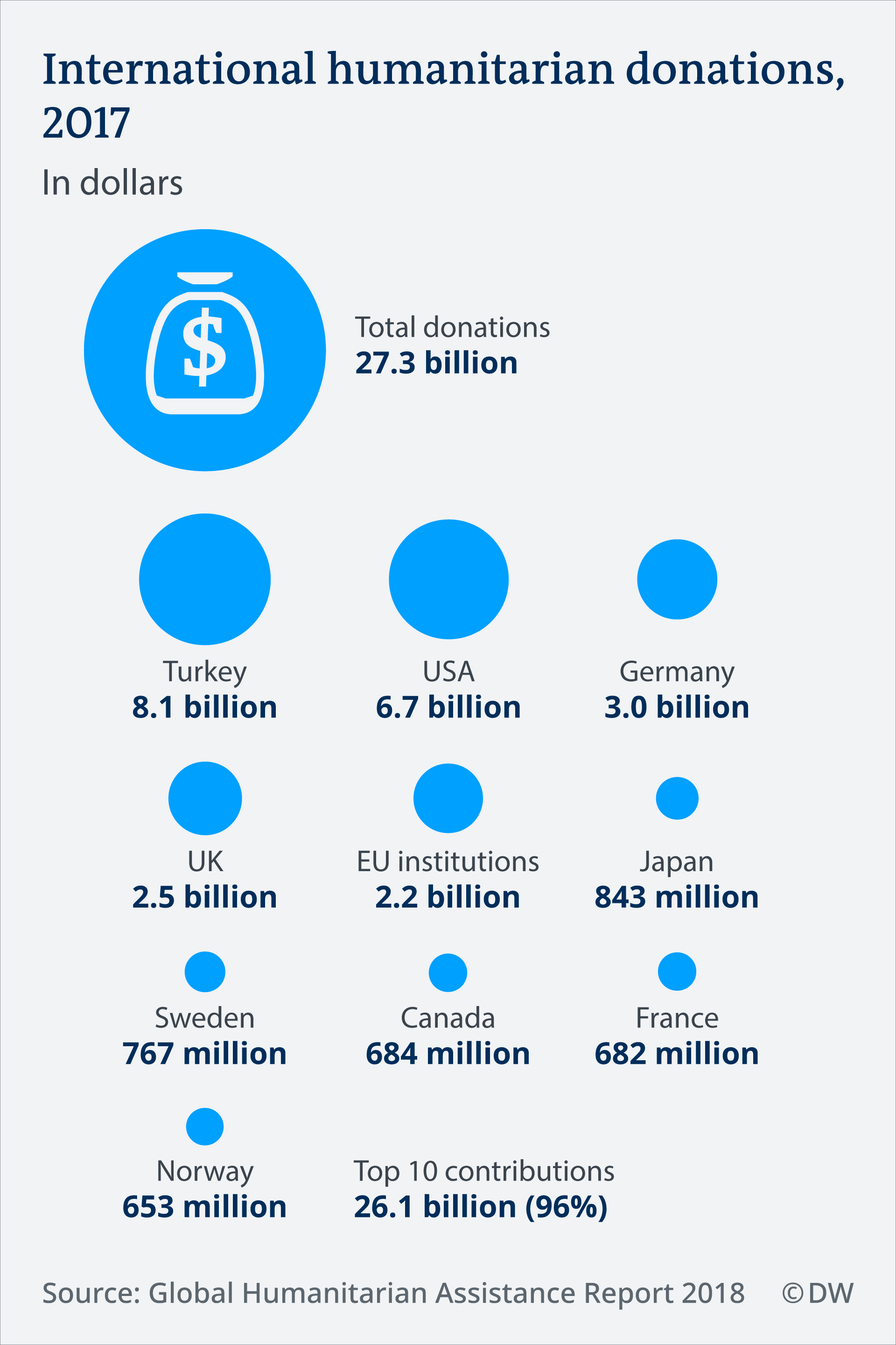 In fact, only 59 percent of UN-coordinated appeals were met in 2017. Of the money that did come in, and the largest chunk (€17 billion) was from governments and EU institutions, 80 percent went to conflict and war zones.

Syria has been a major recipient in recent years, but other conflicts that fall under the radar of the international community tend to receive considerably less funding. The Democratic Republic of Congo (DRC), where political instability and armed conflict are rife, is a case in point.

Though the Central African country has been in the grip of an emergency for years, Tamba Emmanuel Danmbi-saa, Humanitarian Program Manager for Oxfam in DRC, says the country "no longer attracts the sympathy and interest of donors."

The upshot, he says, is a lack of funding that makes it hard "to mobilize resources and help people."

Though the Central African country has been in the grip of an emergency for years, Tamba Emmanuel Danmbi-saa, humanitarian program manager for Oxfam in DRC, says it "no longer attracts the sympathy and interest of donors."

The upshot, he explains, is a lack of funding that makes it hard "to mobilize resources and help people."

Danmbi-saa, who experienced the importance of aid work first-hand when he became a refugee after fleeing his native Sierra Leone, believes the complex and dysfunctional nature of the DRC makes it harder to raise much funding — espite the ample evidence to show how badly it is needed. 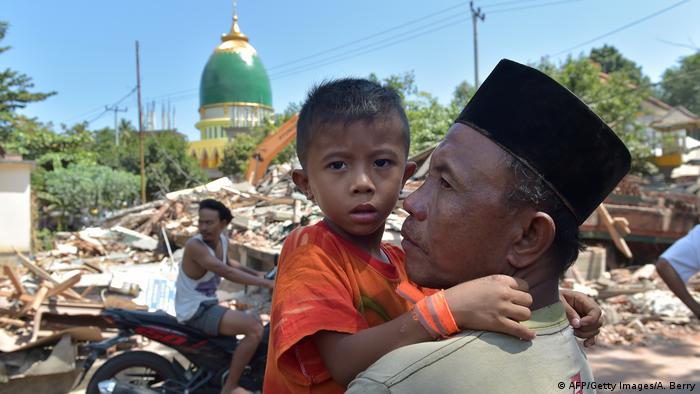 "We are talking about more than 8 million people that are affected. But we are getting less and less attention from the international donor community," he said. "We need funding to be able to respond to this crisis."

Visibility is one issue here, but there is also evidence that the donating public is less willing to put its hand in its pocket for victims of war than in response to acts beyond human control.

"You can definitely see that for natural disasters you raise more money than for conflict," Austin said. "Aid agencies aren't going to be able to raise as much restricted money from the public for those types of emergency."

But even when there is enough funding, aid workers face other challenges such as securing access to people in need. In war-torn Syria or Yemen, for example, the destruction of infrastructure like roads and hospitals hampers humanitarian efforts.

Danmbi-saa stresses the importance of collaborating with local actors who have a grasp of the situation on the ground.

"International aid agencies bring the expertise, but local actors have a better understanding of the context of the country and better access," he said. "We need to empower local actors to take action and respond to a humanitarian crisis themselves, which currently is not the case."

Strengthening local and regional actors was part of the agreements reached at the first World Humanitarian Summit held in Istanbul in 2016, says Martin Quack, coordinator for a new Berlin-based think tank, the Centre for Humanitarian Action.

"What we need is more direct funding for those important local actors," he told DW, adding that it has so far been slow in coming. 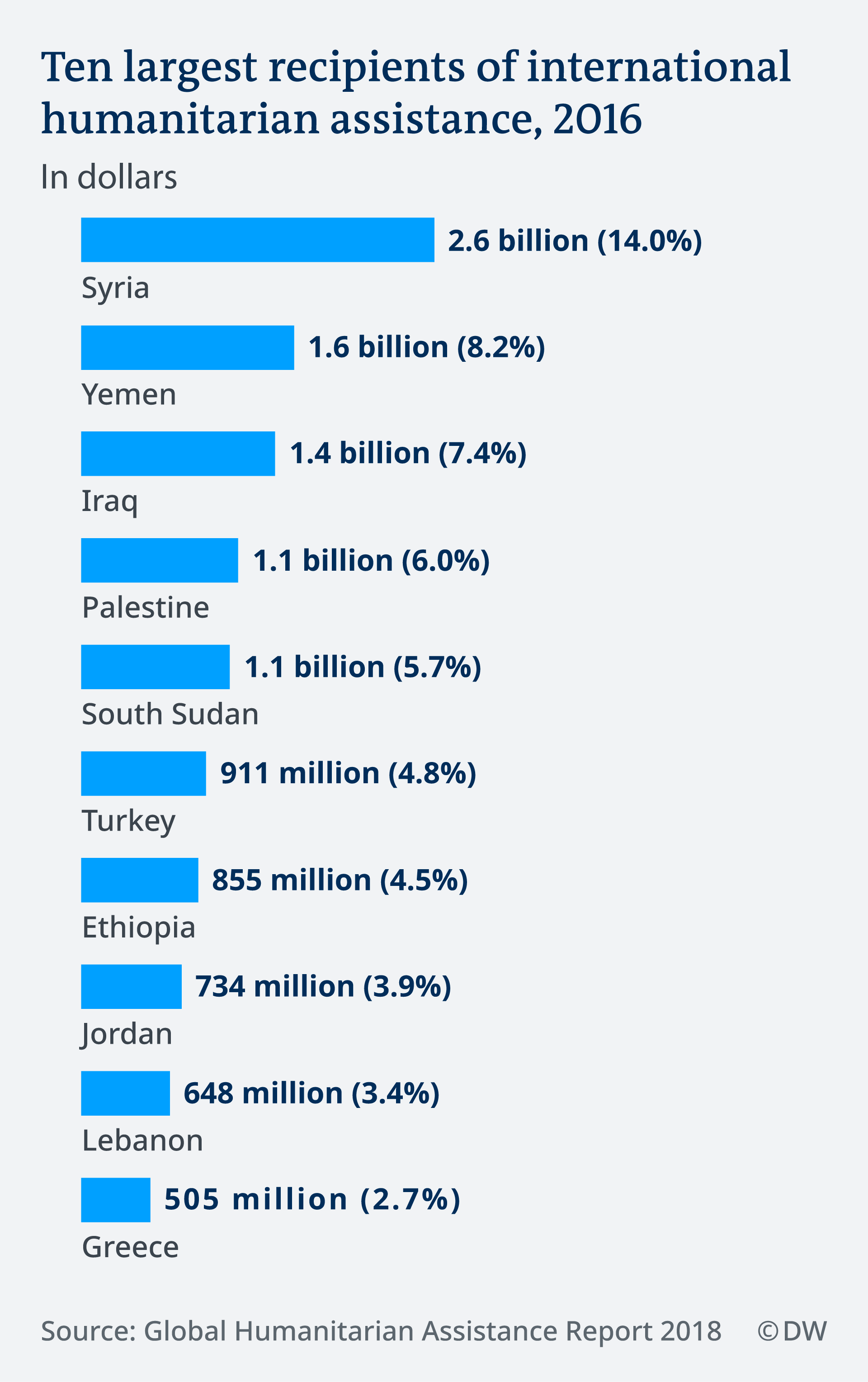 Though there is scope, in international humanitarian agencies working with smaller groups, to improve aid efficiency, Quack says the situation is complicated by the fact that aid organzations don't have big budgets to plan for the medium to long-term.

"They still have to find most of the money each year. That's a huge problem." Quack explained.

Prevention or a cure?

But that's not the only problem he cites.

"Political failure is the reason you need humanitarian action most of the time," Quack said. "I have the feeling that some governments and international organizations don't care or they are not able to solve big political problems and they put more responsibility on humanitarian action." 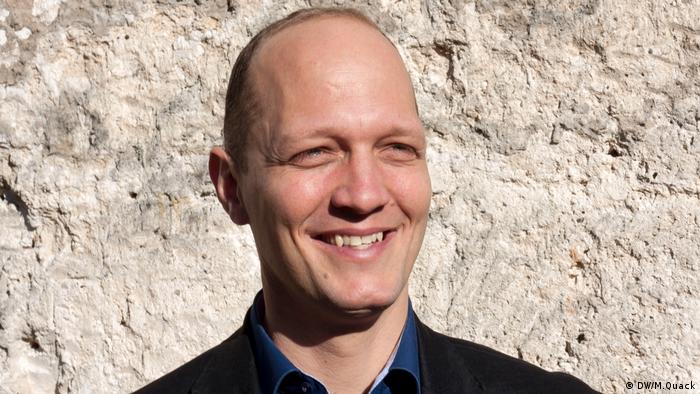 The so-called "refugee crisis" that saw an estimated million people flock to Europe in 2015, is a reminder of how important it is to understand that humanitarian aid is provided in a global political context.

The influx was partly triggered by the fact that a lack of funds meant the World Food Program (WFP) had to ration food in Syrian refugee camps a few months earlier.

"If we manage to achieve the sustainable development goals that all states have agreed to reach by 2030, we would not have a large part of the humanitarian disasters anymore," Quack said.