Rather than in a normal cinema, the Human Rights Film Festival Berlin opened on Wednesday in a vast studio, part of the Berliner Union Film Ateliers (BUFA), an iconic film campus used by renowned international directors for more than a century.

That allowed the crowd to enjoy the event in a socially distanced setting, but many more could join through an online stream.

The organizers of the festival felt it was more important than ever to come up with creative alternatives, resulting in a hybrid live and digital program, to allow the event to take place despite the pandemic, "because COVID-19 has exacerbated and increased problems such as human rights violations, abuses of power as well as social inequalities," said the festival's founding director and CEO of the organization Aktion gegen den Hunger, Jan Sebastian Friedrich-Rust.

The festival's opening film, Softie, tells the story of Boniface Mwangi, a Kenyan photojournalist turned political activist who decides to run for office in a regional election, a challenge that's not particularly compatible with family life, especially when death threats also target his children and wife. The activist family's empowering story is set against the backdrop of political corruption, poverty, tribal violence and police brutality in Nairobi.

Njeri Mwangi, Boniface's wife and a main protagonist of the documentary, traveled to Berlin for opening night along with director Sam Soko. Despite all of the country's problems, they said they remained determined that activism can lead to change. "We're used to this situation in Kenya," said Soko, "but we need to keep going." Especially with social media helping spread the word, "the change you see, it just snowballs," added Mwangi.

"The slogan 'The Future is Now' was chosen because our films are always about what needs to happen now, in order to improve the future," festival director Anna Ramskogler-Witt told DW, adding that Softie illustrates well how the commitment of individuals can have an exponential impact on society. 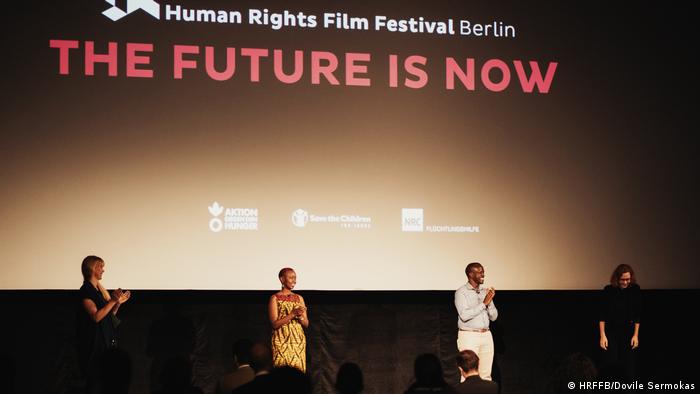 The film, which already won different awards including one at the Sundance Film Festival, is among the 10 titles competing for the Willy Brandt Documentary Film Prize for Freedom and Human Rights, recognizing a work for its outstanding artistic and content-related achievements. It will be awarded on the final evening of the festival, on October 9.

The festival's socially distanced events include not only many more film screenings but also a series of conferences and a virtual reality exhibition with six pieces focusing on climate change. "VR is very convenient in coronavirus times, because it can only be seen by one person at a time, and everything can be disinfected between each use," pointed out Ramskogler-Witt.

A new addition to the festival this year is the Human Rights Film Forum, described as "an international platform to discuss storytelling in the context of human rights, climate change and the global Sustainable Development Goals (SDGs)." 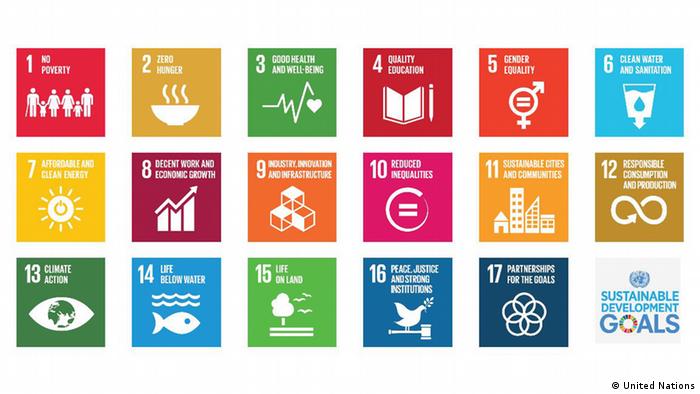 A guest speaker through a video address at the opening, former Secretary-General of the United Nations Ban Ki-Moon  praised this new discussion platform and, more specifically, the conference on the SDGs to be held on October 5.

Focusing on the global goals adopted by all United Nations Member States in 2015, the conference will include prominent experts, including a video participation by current UN Secretary-General António Guterres, revealed Ramskogler-Witt. For these goals to be achieved by 2030, as originally intended, more concrete action is definitely required. 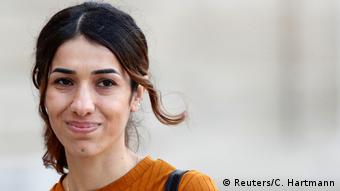 Nadia Murad was awarded the Nobel Peace Prize in 2018

Murad stressed the importance of documentaries on human rights issues, reminding that her own case exposes the power of storytelling.

A member of the Yazidi minority in northern Iraq, she was among the more than 6,700 girls and young women captured in 2014 and held as sex slaves by the Islamic State terrorist group.

Once she managed to escape, "I knew I had to tell my story," Murad said. That brought international attention and support to the Yazidi cause, and it also empowered her to pursue her activism on an international level.

The survivor's message echoed the underlying principle of the Human Rights Film Festival: "Never underestimate how powerful it can be to tell your story."

New hope for Yazidi women tortured by IS fighters

A new psychological trauma institute for Yazidi women tortured by the so-called IS is being established at the university of Dohuk in Iraq. It is the first in the entire region.

The timely film, which portrays divisions in Afghan society, as well as the government's false claims, was screened at the Human Rights Film Festival Berlin.

Hogir Hirori's award-winning documentary portrays the struggles of activists determined to save Yazidi girls and women who were captured by the "Islamic State."