A fresh round of US President Donald Trump's punitive tariffs on China has begun to bite. It adds another $200 billion in imports to the escalating trade conflict, with Beijing also imposing more retaliatory duties. 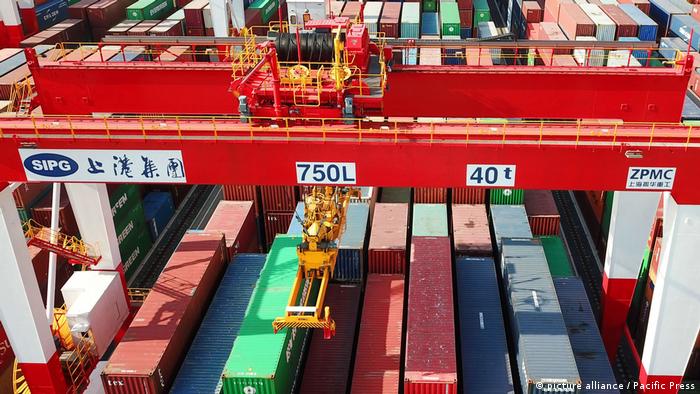 The United States and China imposed fresh tariffs on each other's goods Monday as the world's two largest economies showed no sign of backing down from a bitter trade dispute that kept rattling financial markets.

Chinese products hit with fresh US duties include everything from vacuum cleaners to internet-enabled devices, while US goods targeted by China include liquefied natural gas and certain types of aircraft.

Although a senior White House official said last week the US would continue to engage China "for a positive way forward," neither side has signaled any willingness to compromise. No date has been set for a new round of talks on the trade conflict.

Economists warned that a protracted bilateral dispute would eventually harm growth not just in the US and China, but across the broader global economy.

Analysts believe that China may be waiting for US mid-term elections early next month for any hints of changes in Washington's policy stance.

"With generic polls favoring the Democrats, they may feel that the trade environment may be less hostile after November 6," said ING's chief Asia economist, Rob Carnell.

China accused the United States of engaging in "trade bullyism" and intimidating other countries to submit to its will through measures such as tariffs, the official Xinhua news agency said Monday, hours after the two sides imposed fresh duties.