How Ukrainian poultry becomes EU produce | Europe| News and current affairs from around the continent | DW | 10.06.2019

The export procedures of Ukrainian poultry producer MHP have proved controversial. The EU has responded by changing its quotas for duty-free imports of chicken meat from Ukraine — but there may be further consequences. 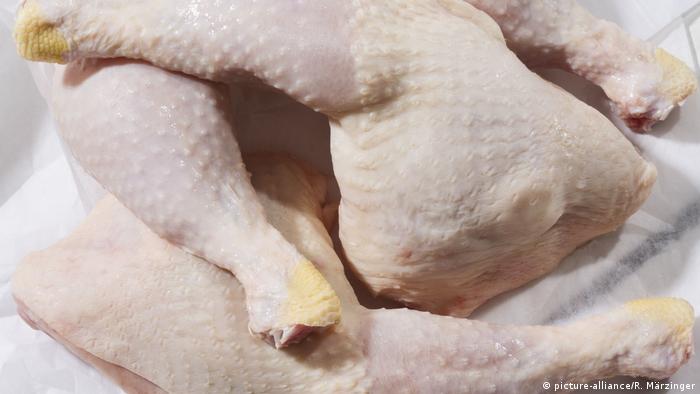 Chicken meat producer Myronivsky Hliboproduct (MHP) is owned by Yuriy Kosyuk, known as the Ukrainian "poultry baron." The company is the market leader in Ukraine, and over the past few years it has been expanding its operations abroad. MHP has hit on a cunning way of circumventing the EU's quota system, which allowed it to significantly boost its exports to the European Union. According to its own figures, MHP alone supplied more than 100,000 tons of chicken meat to the EU this past year.

The Association Agreement between the EU and Ukraine established a free trade zone. This allows Ukrainian companies to export almost all categories of poultry to the EU without tariffs – but specific quotas are applied. In the current year, 2019, that quota is 18,400 tons. It's set to rise to 20,000 tons between now and 2021, then remain at that level. An additional 20,000 tons is designated for frozen poultry.

Meat on and off the bone

However, Austria's Kurier newspaper says that for years now MHP has been using a trick to get around these export limitations. The quota limits EU imports of chicken breast fillet – the most expensive piece of chicken meat. The Kurier reports that a bone is therefore left on the meat when the birds are carved up in Ukraine. These pieces can then be classified as inferior, meaning that there's no limit on the amount that can be exported to the EU.

The report goes on to explain that MHP has factories in Slovakia and in the Netherlands where the bone is removed. The meat can then be classified as an EU product, and as such it can be sold not just within the EU itself, but can also be exported to third markets without incurring tariffs. According to news portal Politico, European farmers have complained that MHP has found an "ingenious and entirely legal" way of bypassing existing legislation.

The MHP press office confirmed to DW that the company exports poultry meat with bones to the EU for further processing, but pointed out that this complies with EU law. "Contrary to reports, MHP has not taken advantage of a loophole, but has at all times fully complied with EU regulations," said MHP's Anastasia Sobotyuk. "European institutions have confirmed to Ukrainian exporters of chicken meat that are subject to the various quota regulations that their procedure is legal."

Ukraine has indeed been able to greatly increase the amount of poultry it exports to the EU. In 2016, when the free trade agreement came into force, it was less than 50,000 tons a year. Two years later, according to Eurostat, it was already more than 123,000 tons. The rise was primarily down to cuts of poultry registered in the category "other." Fresh or frozen, the EU imposes neither quotas nor tariffs on imports of that category coming from Ukraine.

As authorities in several EU countries were unable to establish that the Ukrainian exporters had violated any regulations, the EU Commission took extraordinary measures to halt the extremely rapid increase in these Ukrainian exports to the EU — it initiated discussions about a change in the poultry quotas.

Sources on both sides have informed DW that Brussels and Kyiv have already reached an agreement, under which quotas will be extended to cover categories of poultry meat that were not previously subject to limitation. At the same time, a source acquainted with the negotiations told DW, the total quota for poultry exports will be increased from 50,000 to 70,000 tons. 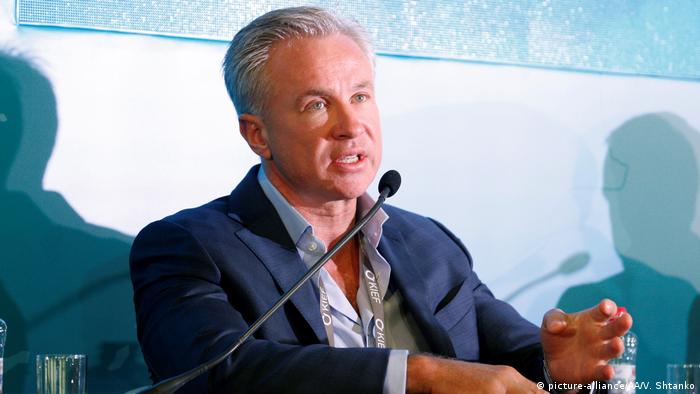 The Ukrainian side does not see the agreement as a victory, though. "We are actually making concessions. Without this agreement, the Ukrainian poultry exporters could continue to export certain categories of poultry to the EU without any quotas at all under the provisions of the association agreement," says Nazar Bobytskyi from Ukraine's EU Mission. The two sides are currently preparing the new agreement, which must then be ratified both by the parliament in Ukraine and by the European Parliament.

Despite the huge increase in trade over the past year, Ukraine is still only the third largest exporter of poultry to the EU. Both Thailand and Brazil supply more than twice as much. The EU also exports considerably more poultry meat to Ukraine than it imports – almost 180,000 tons.

Product labeling in the EU

MHP's dealings may also have further consequences, with implications for the whole of the EU. The Austrian government objects to the fact that the chicken breasts supplied by MHP to the European Union and deboned in Slovakia and the Netherlands no longer have to be labeled as being of Ukrainian origin. Instead, they suddenly become EU produce.

In April, Austria's then-minister for sustainability and tourism, Elisabeth Köstinger, discussed this with her counterparts from other EU countries. Now that elections to the European Parliament have taken place, the new EU Commission will be chosen. Köstinger wants it to make changes in the way products are labeled in the EU. People in diplomatic circles believe there's a need to guarantee that all consumers in the EU are able to see exactly where their meat has come from.

Ahead of Ukraine's parliamentary election, the party of newly elected President Volodymyr Zelenskiy has pledged to fight corruption and increase defense spending. Zelenskiy's new party is well ahead in polls. (10.06.2019)

A study has found half of chicken meat at discount supermarkets is contaminated with antibiotic resistant germs that pose a major health risk. The results indicate antibiotics are overused at industrial poultry farms. (17.04.2019)

Every year in Germany 45 million male chicks are shredded or gassed to death because they don't produce eggs. Now eggs produced using a new method that isn't so brutal are in supermarkets. (08.11.2018)