How to deal with the threat of FGM

16-year-old OP feared her parents would fly her from the U.S. to Somalia to get cut. She asked for help on the Internet. Here's what you can do if you are worried you might be forced to undergo female genital mutilation. 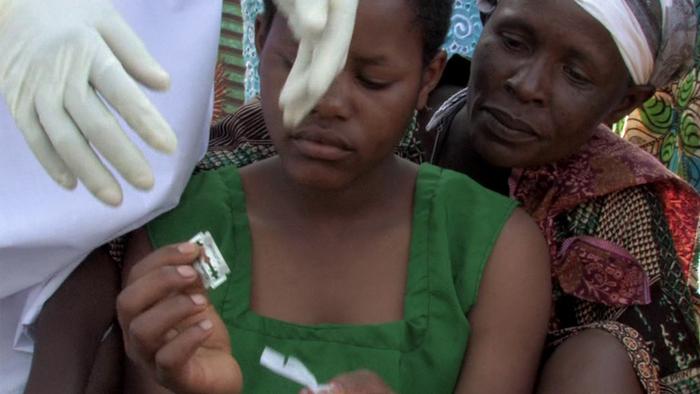 Don't go. Don't go. DON'T GO. These words were written again and again in bold or in capitals in almost every single of more than 800 comments under OP's post on the social news site Reddit.

As a regular Reddit user, the young American girl sought help in her usual place when she didn't know what to do: "In 10 days my dad will be taking my sis and brothers to a country in Africa [editor's note: Somalia] where 98% of women have suffered from FGM. As a 16 year old who doesn't want their vagina mutilated, I'm sooooooo effing scared." She explains that her mother is also cut, but that she hopes this won't happen to her, as both her parents work in health care and should know about the medical impacts of the practice. Nonetheless, she's terrified - not only about her own fate, but also for the sake of her 12-years-old sister.

OP's story reads like a thriller - but the fear is not fictional, it's real. Her initial post ends with: "Help Reddit! I'm so scared and I don't know what to do."

And the Reddit community did help, in their way. In all their comments, they advise 16-years-old OP to talk to her parents and to get in touch with the police and with school officials.

Torn between fear and the obligation to obey

In an update, OP informs users that she talked to her mom, who had also been cut as a girl; her mom said that they are not going to Somalia to get FGM, but just to visit the family. "She said that she would never do it to me because there is no benefit to having it done, and if a man expects that of me, he isn't the one," OP writes, but also says she will stay alert.

It's a difficult situation for any teenager: being torn between the belief that parents always want the best for their children and the new thought that "the best" might be a matter of personal definition.

Ten days pass and there's no word from OP on Reddit. Only 14 days after her planned departure to Somalia, she posts an update from the country: "The good news: I didn't get cut and it's not in the plans, EVER. The aunt whom I am staying with is very anti-fgm as I had suspected due to her upbringing in America. She swore she would not let it happen to me."

As you can see on Reddit, OP's difficulties don't end there - but at least FGM is off the table.

What can you do?

About two million girls undergo FGM each year. If you are afraid you might become one of them, we hope these tips can help:

It's important for you to know that you are not alone and it is very normal and healthy not to want to be mutilated. Of course it is understandably difficult to stand up to one's parents, community and tradition. But even if you are a minor you have a right to do so: FGM is considered a violation of human rights - and those are granted to you irrespective of your age.


Disclaimer:
We'd like to thank Terres des Femmes for supporting us in compiling the list of tips above.

A note to our readers from all over the world:
This is just a preliminary list of helplines. If you know of a helpline in your country for affected women or for girls at risk, or if you want to report a suspicion, please let us know in the comments below. We'll update the list accordingly.

[Egypt] The National Council for Childhood and Motherhood offers a hotline