Alleged Nazi-looted artworks were discovered through the Panama Papers revelations. Among the works hiding at the Geneva Freeports was a masterpiece by Modigliani - and many more lost treasures could be found. 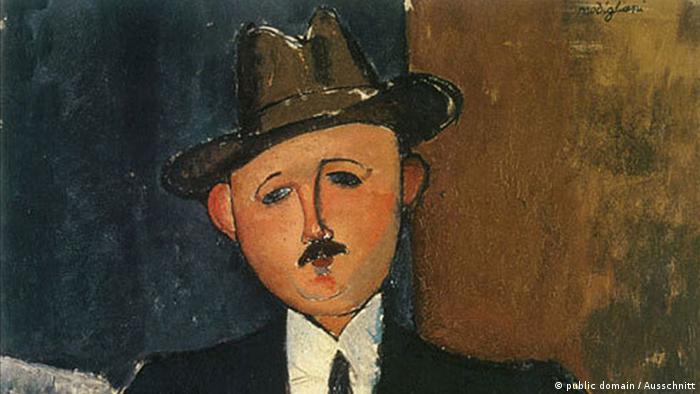 Swiss federal prosecutors searched a warehouse in the Geneva tax-free zone in connection with alleged looted art on Friday morning (08.04.2015), according to two Swiss newspapers, "Der Bund" and "Le Temps."

The search targeted the Rodolphe Haller Company, a firm that stores thousands of artworks in the Geneva Freeports, a duty-free warehouse area. Among the works is said to be a masterpiece by Italian painter Amedeo Modigliani finished in 1918, "Homme Assis (appuyé sur une canne)" (Seated man with a cane). Its worth is estimated at $25 million (22 million euros).

According to the "Süddeutsche Zeitung," Oscar Stettiner requested the return of the painting in 1946 but he died just two years later, before the case could be heard in court. With his death, the case went cold.

The search for the missing masterpiece 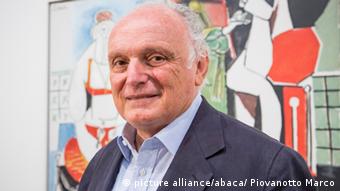 The case was only looked into again once Stettiner's grandson Philippe Maestracci expressed interest about the painting's whereabouts. The 71-year-old Maestracci hired the Canadian firm Mondex Corporation, specialized in tracking looted art, to find the artwork and return it to him. The company found the Modigliani - and researched the exciting history that the painting had experienced in the last 75 years.

The last time the painting had been seen was in 2005, according to the Swiss newspaper, "Tagesanzeiger." At the time, the painting had appeared in the New York gallery belonging to Helly Nahmad, the son of the art collector David Nahmad, a Lebanese-born art dealer whose family belongs to one of the most influential art handlers in the world. Among the 4,500 pieces in the family's possession are more than 300 Picassos, works by Monet, Matisse and Miró. Most of them are stored in the highly secure depot in Geneva's tax-free zone.

Modigliani in the possession of an offshore firm

When the Canadian company Mondex Corp. attempted to begin proceedings against the Nahmads for the heir to the painting, Philippe Maestracci, it was discovered that the painting's official owner was the offshore company "International Art Center" (IAC). 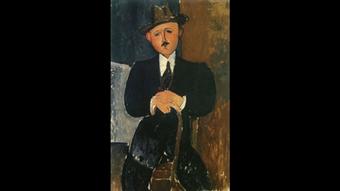 The latest revelations from the Panama Papers, as confirmed by the broadcasters NDR, WDR and the "Süddeutsche Zeitung," show that the IAC is controlled by members of the Nahmad family. Up through 2014, David Nahmad was said to be the sole executive of the firm. The proceedings are still ongoing, and can be protracted due to the unclear ownership of the firm. Nahmad himself denies that the painting was looted art.

Nahmad and his family are not the only art dealers with offshore companies. Other names can be found in the Panama Papers, including the Spanish family Thyssen-Bornemisza who was named in connection to Mossack-Fonseca. Through their lawyer, the family confirmed the existence of an offshore firm, giving the reassurance, however, that "the Spanish tax authorities are informed of it," as the Spanish agency EFE reported.

The niece of Pablo Picasso, Marina Ruíz Picasso, is likewise to be found in connection to an offshore firm. And the deceased Greek couple Basil and Elise Goulandris, who acquired a museum-like collection, have also been noted. A fight over their estate is ongoing at the moment, with accusations that important pieces of their collection were wrongfully sold.

As they released their final report, the task force in charge of the Nazi-era Gurlitt art stash claimed they needed more time. Jewish groups have already decried the snail's pace of the investigation. (14.01.2016)