A new US study found that air pollution kills about 4,000 Chinese people a day. But what are the main contributors and is Beijing doing enough to tackle the issue? DW spoke to the authors of the study. 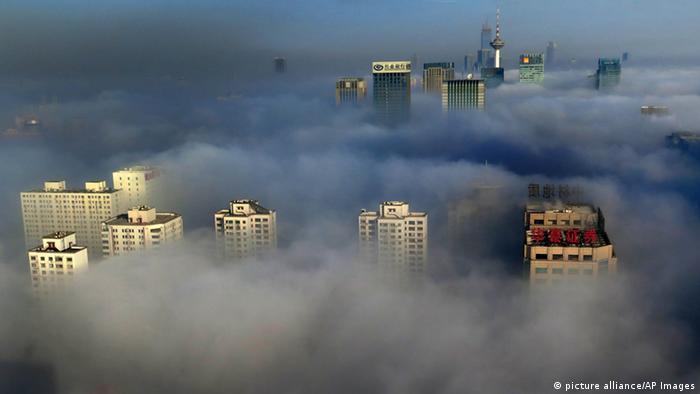 Bad air contributes to 1.6 million deaths a year or roughly 17 percent of all deaths in China, according to a scientific paper recently published by independent research group Berkeley Earth. "For 38 percent of the population, the average air they breathe is 'unhealthy' by US standards," said the authors of the paper, Richard Muller and Robert Rohde. Moreover, some 92 percent of China's population experienced at least 120 hours of unhealthy air between April 5, 2014 and August 5, 2015, said the scientists.

More than three decades of industrialization and rapid economic growth have led to deteriorating air, water and soil quality in the world's second-largest economy. Analysts say that despite government efforts, there are few signs of progress. Moreover, nearly 60 percent of the country's underground water is polluted, according to state media.

In a DW interview, Richard Muller and Robert Rohde talk about the main contributing factors for smog-related illnesses, the most affected areas, and what more the government needs to do to curb air pollution. 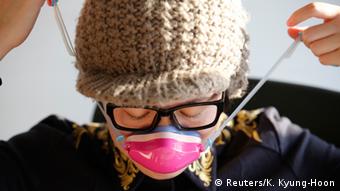 '99 percent of the Chinese population is exposed to greater air pollution, on average, than are exposed in the very worst city in the United States.' said the researchers

DW: What are the main factors driving the high levels of air pollution that are killing so many people in China at the moment?

Richard Muller and Robert Rohde: The dominant air pollution for health impact is PM2.5. That stands for "Particulate Matter" 2.5 microns and smaller. Previously people thought that this came from many sources, including automobiles, agricultural dust, dust from their extensive loess deposits, and from coal.

Which are the most common illnesses triggered by pollution and how widespread are they in China?

Earlier studies put the annual Chinese air pollution death toll at 1 to 2 million. What is new about your study?

Our results are consistent with those of the earlier studies, but (we believe) more precise because of the extensive data set we used (over 1500 stations, with hourly measurements) and the advanced statistical methods that we used.

The results didn't surprise us because we have travelled extensively in China and experienced the pollution ourselves. On a recent trip to Beijing the pollution rose to the "hazardous" level, and I calculated that I was losing 20 minutes of life expectancy for every hour that I breathed that air. 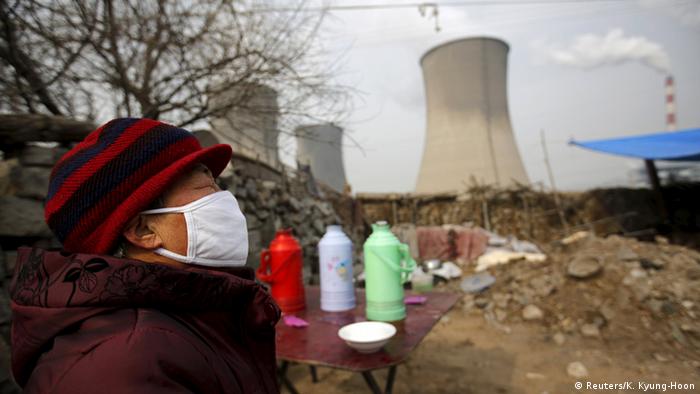 Air pollution comes primarily from coal, used for electric power, for industrial energy, and for heating

How did you determine that air pollution is killing about 4,000 people in China a day?

There have been many studies of the effects of PM2.5 on mortality, of which the most famous are the Six Cities Studies (low exposures) and the Huai River Study (high exposures).

We use a multi-component model for PM2.5 impacts used by the World Health Organization. It includes nonlinear effects for five diseases. We calculate the changes in mortality for each prefecture in China, and then combine the results weighted by population.

The number we calculate is 4,400 per day. (The 4,000 number was rounded.) Whenever I hear about some other tragedy, such as the recent explosion in Tianjin, I note the number killed.

In Tianjin, they have been giving numbers under 100, although that might grow. But when I hear that number, I think to myself, "… and 4,400 died in China from air pollution today." That's a number not reported every day in the news because it is not news; it happens every day. It is terrible that the developed world is not paying more attention to this great tragedy.

What areas in China are mostly affected by pollution and why?

The worst area is the industrial corridor stretching from Shanghai to Beijing. It is worst near Handan, Shijiazhuang, and Baoding; also near Tianjin. Our analysis also points to these regions as the locations that emit the highest levels of PM2.5. Most of the coal use near Beijing has been curtailed, and that may explain why it has lower pollution than these other sites.

China's new environmental measures 'a step in the right direction'

This January, a new law took effect in China designed to give more emphasis to environmental protection and more powers to enforcement agencies. DW speaks to IHS analyst David Yang about its implications. (13.05.2015)

UN talks in Bonn this week are paving the way for COP21 in December. DW asked Jennifer Morgan of the World Resources Institute how things are shaping up for a historic international agreement on climate change. (04.06.2015)

Are China's anti-smog efforts paying off?

Air quality in some of China's smoggiest cities and regions and cities has modestly improved in the past few months, a new analysis found. DW speaks to Greenpeace's Zhang Kai about why air pollution levels have dropped. (21.04.2015)

As pollution levels rise, the Chinese are increasingly taking to the streets to show that environmental issues are as important as ever. But how are the authorities dealing with the growing public outcry? (15.04.2015)

However, 99 percent of the Chinese population is exposed to greater air pollution, on average, than are exposed in the very worst city in the United States (located in Southern California).

The air pollution is widely spread by winds. It is not concentrated in cities or in basins, despite that misconception by many of the Chinese people.

How many people in China live in areas with unhealthy long-term air quality?

38 percent are exposed, on average, to air whose quality is termed "unhealthy" by United States standards. However, according to the Chinese scale, such air is only "moderately polluted."

However, China does not dispute the World Health Organization method for calculating premature deaths, the method that we use. So differences over the labels do not change the calculations of deaths. Whether "unhealthy" or "moderate," 4,400 people die from air pollution in China every day, on average.

To which extent have government efforts had a positive impact on the pollution issue?

Beijing is no longer a strong source of PM2.5, and that is very likely due to their major effort to reduce coal burning in that region. Now it is important for them to recognize that air pollution is transported by hundreds of kilometers by wind, and if they are to reduce pollution, it must be done over a larger region.

What must the government and the people do to curb air pollution?

There are four approaches. The first is energy conservation and energy efficiency. The Chinese government is working very hard to implement this. Doing so is a difficult logistical challenge, one that we have not fully succeeded at in the United States, but doing so is important. This approach has the advantage that it is highly profitable. You can save money by using less energy for the same benefits.

Second is expanded use of shale gas. Compared to coal, energy from shale gas reduces the PM2.5 pollution by a factor of 400. China is currently having difficulty expanding its shale gas production, and yet reluctant to seek US help. 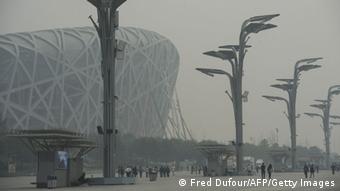 It is the US that is the expert in this approach, and we need to do everything possible to help the Chinese. It would also be valuable for Germany to recognize that shale gas can help solve the problem of air pollution, and to reduce its opposition to the method.

Fourth and last is use of scrubbers to clean the smoke in the stacks. Unfortunately, this approach is sufficiently expensive that although mandated by the central Chinese government, it has not been widely implemented, as shown in the recent Chinese movie "Under the Dome." If it isn't profitable, it is not sustainable.

Since China believes it must not allow its economic growth to slow, it is focusing on low cost and (ideally) profitable forms of alternative energy.

China is developing renewable energy, but its progress is very slow. Currently, less than 0.2 percent of China's electricity is generated from solar. Last year (2014) of their new energy generation capability (measured in kilowatt hours), coal accounts for 57 percent, and solar for only 3 percent.

To improve their economy, China continues to emphasize coal. We need to help them with conservation, shale gas, and nuclear. We need to set an example that China can afford to follow.

Richard Muller is the Scientific Director of Berkeley Earth. He co-authored the study with Robert Rohde.