How seriously is Germany taking its colonial history?

Genocide, looted art, stolen skulls: Calls for Germany to acknowledge its colonial past have grown louder. Four years ago, the German government promised to reexamine the issue, but has any real progress been made? 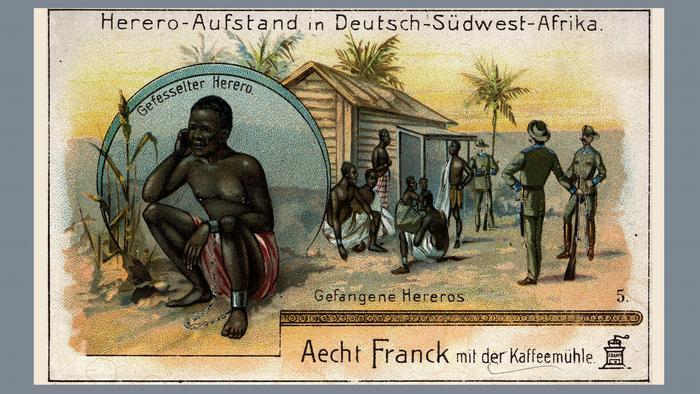 German colonial traces are plain to see everywhere for Naita Hishoono from Namibia. A walk through the country's capital, Windhoek, reveals German street names, German shops, an imposing church built during German colonial days. And under the surface lurks something more sinister and haunting: the genocide of Herero and Nama people by German colonial troops. It's a dark chapter every Namibian knows, but it's a topic that barely sees daylight in Germany.

For Hishoono, who directs the non-governmental organization National Institute for Democracy, the difference in how Namibians and Germans perceive Germany's crimes during colonial times is stark.

"Namibians are very aware of colonialism because we see the architecture, we see the economic impact, we see and live it every day. But in Germany, you would completely forget that Germany had colonies," she said at a conference hosted by the Hamburg-based GIGA Institute for African Studies.

"We in Germany have sold ourselves the illusion that we came out of the colonial times with just a few scrapes or that German colonialism was too short to create lasting damage," declared Michelle Müntefering, the minister of state for international cultural policy, during a parliamentary session.

Germany became a colonial power relatively late, only occupying African soil in the 1880s. It then lost those territories during the First World War.

It took more than 100 years for a German government to officially acknowledge the country's colonial actions in Africa. In 2018, the ruling coalition of the conservative CDU/CSU block and Social Democrat (SPD) parties agreed to take a fresh look the Germany's colonial past. 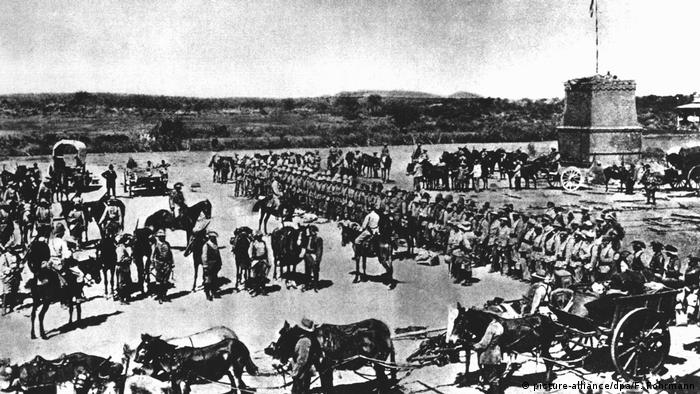 In Germany, colonial traces are still visible, even if they do not stand out. Streets and memorials honor Germans accused of colonial crimes. Former colonies lay claim to art objects in German museums that were looted during the colonial era. 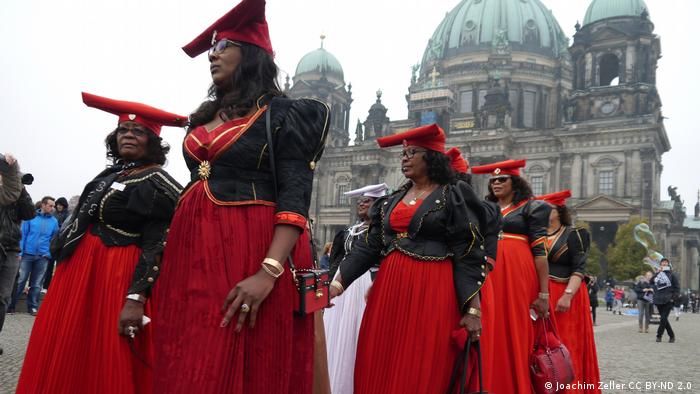 "We've covered some ground in terms of legislation," Müntefering said in November. The government has, in fact, implemented a host of new measures. Among other things, German museums came to an understanding on how they want to proceed with artifacts looted during the colonial times. And a central contact point has been established for former colonies to demand the return of their possessions.

Politicians are also becoming more active. For example, Germany's minister of culture, Monika Grütters, has invited stakeholders to a meeting to discuss the fate of the Benin Bronzes. The famous artifacts are considered colonial booty, and Nigeria demands they be returned to their country of origin. 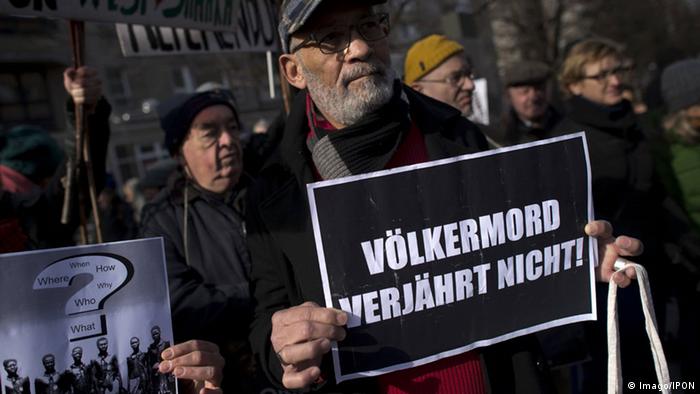 Museums and archives have returned skeletons brought to Germany during the colonial period — for dubious scientific experiments, among other things. Cities have begun renaming streets honoring colonialists. Last Friday, it was the turn of Wissmann Street in Berlin. The street was named for Herrman von Wissmann, who brutally put down a rebellion against colonialists in German East Africa.

Still, not nearly enough is being done, according to Hishoono. 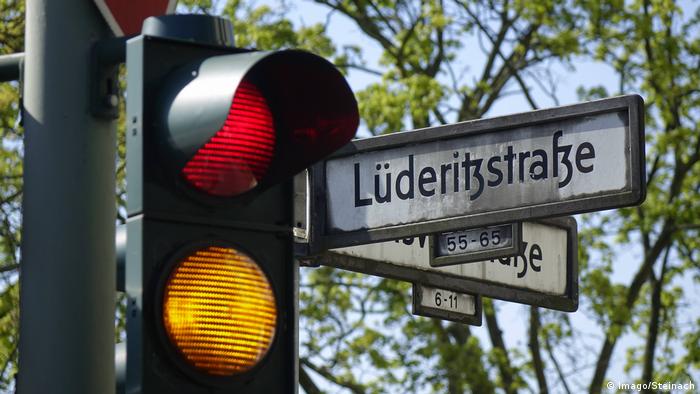 This is evident in Germany's handling of colonial-era crimes. Since 2015, Germany and Namibia have been negotiating about an official apology for the genocide of the Herero and Nama people, with no results so far.

In February, Tanzania's ambassador to Germany, Abdallah Possi, demanded the German government start negotiating a deal for reparations with Tanzania. This would allow Berlin to show that "Germans have finally accepted responsibility for human rights abuses during the colonial era, and that they take what happened to Tanzanians in the past seriously," the ambassador told the Berlin daily Tagesspiegel. Possi was referring to the Maji Maji Rebellion, an uprising against German colonial forces from 1905 until 1907, which claimed around 250,000 victims.

After Germany's media published Possi's comments, the Foreign Ministry said the Tanzanian government had not yet approached Berlin officially over reparations. With that, the topic almost disappeared from public debate, and the German parliament has remained silent.

Colonial history not given priority in schools

There is also concern the German school system does not give colonialism the space it needs.

"Many of my students don't know anything about Africa or colonialism. Others are very well informed because they had good teachers. But in the syllabus, the topic is covered in just one or two hours," colonial historian Jürgen Zimmerer said during the above-mentioned GIGA Institute conference.

Hishoono also believes studying colonialism should be given more importance. But school policies are dictated not by the federal government but by individual German states.

Namibia is demanding reparations from Germany for colonial-era genocide that took place more than hundred years ago. Are other former colonies going to follow suit? DW put that question to historian Jürgen Zimmerer.

Germany agrees to negotiate restitution of art from Cameroon, Namibia and Tanzania+++What Nigerians think of the call to arm themselves amid insecurity+++Burkina Faso: A community initiative to roll back desertification