How serious are the Taliban about full education for girls? | Asia | An in-depth look at news from across the continent | DW | 31.01.2022

How serious are the Taliban about full education for girls?

The Taliban has said they want to allow girls to continue attending school. That does not mean, however, an education in the Western sense of the word. 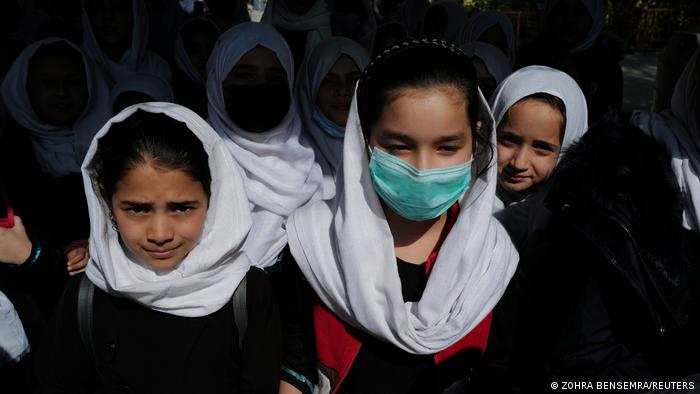 Will they have a future in education?

Girls and young women in Afghanistan are supposed to be able to go to school again as of March, according to Zabihullah Mujahid, a Taliban government spokesman and deputy culture and information minister.

However, education for girls and women is a "question of capacity," Mujahid told The Associated Press earlier this month. "We are trying to solve these problems by the coming year so that schools and universities can open."

He made it clear that girls and boys would have to be completely segregated in schools. He added that the biggest obstacle is finding or building enough dorms, or hostels, where girls could stay while going to school. In heavily populated areas, he said, it wasn't enough to have separate classrooms for boys and girls — separate school buildings were needed.

Cause for cautious optimism?

The Taliban will likely at least begin to implement their plan, says Ellinor Zeino, who until the summer was head of the Kabul office of the Konrad Adenauer Foundation, a think tank, which moved its headquarters to Tashkent, Uzbekistan, after the Taliban took power. From the start, the Taliban leadership has said it is not opposed to education in principle, not even against girls' education, Zeino told DW. 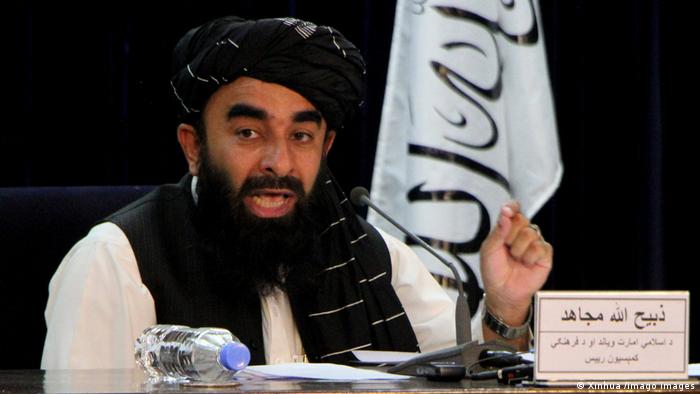 Zabihullah Mujahid: Whether girls can go to school is a "question of capacity"

However, the Taliban have always stressed two basic conditions — gender segregation in schools as well as in public life, and the curriculum must conform to the Taliban's religious beliefs, she said, adding that statements to that effect have been kept very vague. "And that seems to be the crux of the matter — girls will probably be able to go to school, the only question is what they will learn there," she said.

Kambiz Ghawami, executive chairman of the German Committee of the World University Service, which advocates education worldwide, is also skeptical about open education policies under the Taliban. The Taliban have said more than once that education is not necessary, Ghawami told DW, adding that in particular for girls and young women the educational situation is bleak. Teachers have not been paid for months, he said, so most of them have turned their backs on the profession to make money elsewhere.

Political turmoil was compounded by the 2021 summer drought, the worst in several decades. The UN estimates that an imminent famine could affect up to 23 million people. The emergency also affects the education system, argued Ghawami. According to recent UN statistics, eight million children are currently not going to school, girls as well as boys. In a bid to help, UN Secretary-General Antonio Guterres has urged the United States to release frozen Afghan government assets and for the World Bank to free up $1.2 billion (€1.07 billion) in development aid that donors have blocked for political and human rights reasons. 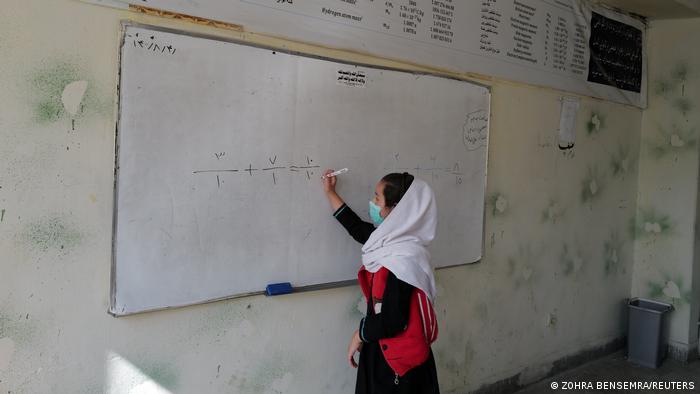 Will girls have to stay home after fourth grade?

Linking international aid with human rights demands does not look like an option, according to Ghawami who said it is unlikely to be the way to achieve a guaranteed right to an education for young Afghan women. Perhaps some Afghan girls can eventually return to school, he said, "but that doesn't change the basic situation in the country. The Taliban will try to prevent that wherever possible."

'There is no other way to reach the Taliban'

Ellinor Zeino advocates a strategy of small steps to improve the educational situation for girls, pointing out that a significant percentage of the Afghan population is conservative and shares the Taliban's ideas. "Even over the past 20 years, it has been common practice in the conservative provinces for girls to be taken out of school between the ages of 12 and 14," she said. "People don't want to let them go out in public anymore because to a certain degree they face social pressure." 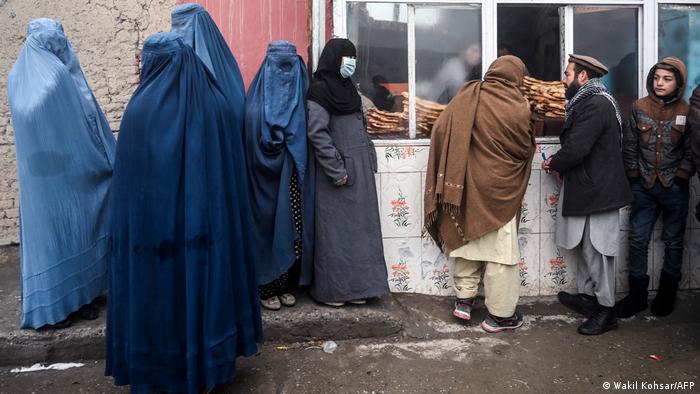 Food is a priority: Standing in line for free bread in Kabul

To protect women's and human rights, Zeino recommends seeking Islamic counter-arguments and not leaving the authority of interpretation of scripture up to the Taliban. That was the Adenauer Foundation's approach, she said, adding that human and women's rights can only be protected in Afghanistan if they can be legitimized or justified in Islamic terms. "That makes it necessary to examine to what extent the Islamic scope for interpretation can be improved or expanded."

Over the past 20 years, that was an approach rarely pursued, she said, arguing the importance of "drawing the right conclusions from the failure of the past mission" by holding any further debates with regard to the country's circumstances. "There is no other way to reach the Taliban," she said, adding that their actions are based on their views. "They can't be put under political or economic pressure, which is why we need to seek other methods."

Schools reopen in Afghanistan — but not for girls