How politicians use video games for their own gains | Culture | Arts, music and lifestyle reporting from Germany | DW | 19.10.2020 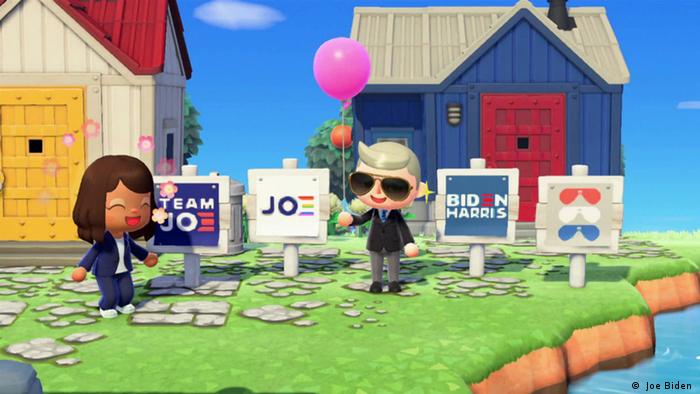 When the US president is elected on November 3, a fierce election campaign marked by a pandemic that has changed economic and social life forever will finally come to an end. As is always the case in crises situations, there have been losers and winners.

The video game industry appears to be one of the latter, having benefited from the fact that many people are spending more time at home. Sales of game consoles, game subscriptions and individual games have risen sharply during the global coronavirus pandemic.

That trend includes the game Animal Crossing: New Horizons, which was released in March. In the game, players get to travel to a virtual island where they can go fishing, shake trees until fruit falls down, build homes and talk to animals who talk back.

To date, it has sold about 22.4 million copies across the globe. But there's more to it than meets the eye.

Political activists and politicians make use of online games to create awareness for their concerns. A Black Lives Matter activist has, for example, created a monument on an island in Animal Crossing with portraits of George Floyd, Breonna Taylor and other Black victims of police violence.

Virtual Black Lives Matter demonstrations have also been taking place in popular games including The Sims, Grand Theft Auto and World of Warcraft. 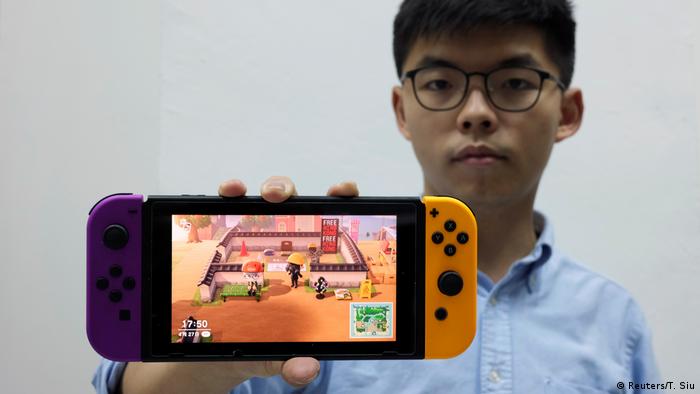 US Congresswoman Alexandria Ocasio-Cortez went on an election campaign tour with her virtual character in the Animal Crossing universe, delivering personal messages to the islanders. Gamers have also had the opportunity to put up campaign posters for Democratic candidate Joe Biden and running mate Kamala Harris in their virtual front yards.

However, there are no official Trump posters in the game. A spokeswoman for the US President said the Trump campaign would continue to use its resources to campaign in the real world, "with real Americans."

Election campaigns have. however, for years used video games. This is not exactly a new phenomenon. In the past, they were programmed for just that purpose, advertising games for a party or a candidate with a limited range.

But in-game advertising is an entirely different story, as such advertising becomes an accessory of sorts and is not the main purpose of the game, much as is the case with ads on social media. Advertising in video games is for the most part still the exception, however — and not the rule.

"Commercial advertising in video games never reached the levels predicted 10 years ago — even less so in political advertising," said communications expert Christoph Klimmt. He told DW that technological hurdles remain the main obstacle in creating a wider reach. "Integrating ads is comparatively complex because these are interactive software products, and are therefore bulky."

That's why campaign strategists think twice over whether making the effort might be worthwhile. 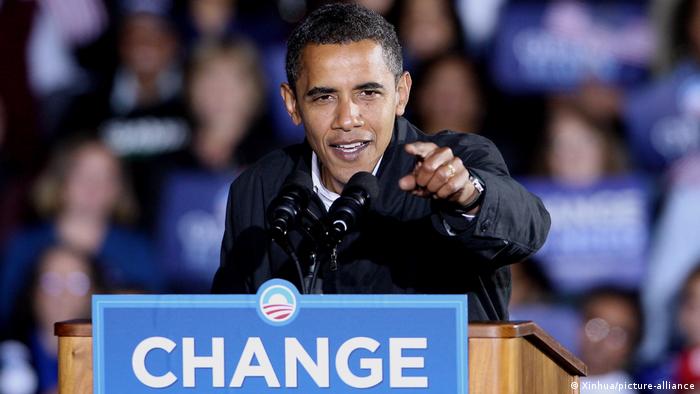 It's always also a matter of money, said Julius van de Laar, who campaigned for former President Barack Obama in the 2008 presidential election. Obama was the first to use in-game advertising in video games in a US presidential campaign.

"We had an incredibly clever campaign team. And we were so well-funded in the 2008 election campaign that we had the financial freedom and capacity to simply try things like that," van der Laar told DW.

Communication scientists and campaign managers know, however, that in-game advertising has very little influence on individual players — their focus is to follow the action on the screen and not the ads. In-game election advertising is an earned media strategy.

"The point is to reach specific target groups through such tactical measures, to show how innovative the election campaign is and to generate coverage [about that] in the classic media," said van de Laar, adding that "in-game advertising is a nice gimmick."

Video gamers in particular are also rather sensitive when it comes to how their favorite pastime is executed. They are quick to complain when they don't like the portrayal of their heroes, especially when it conflicts with their approach to the world.

Many want to see a sense of continuity that is aligned with the generally accepted view of the world through the white-majority lens: when playing games set in the European Middle Ages, most gamers seek out stories without LGBT+ characters and without Black characters. They also prefer games to ignore war crimes, and in general want their games to be unpolitical.

So far, most gaming companies have fulfilled these demands. "The large entertainment groups that shape both the film and video game markets have a very ambivalent relationship with politics," said Klimmt. "When in doubt, they try to stay out of it." 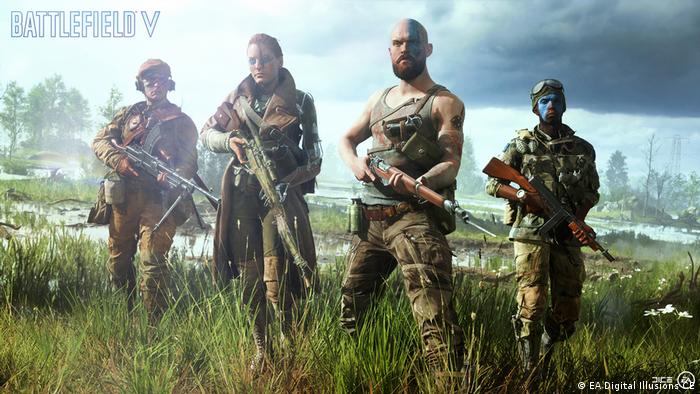 Gamers want action, not politics — as seen in this screenshot from 'Battlefield V'

'Games have a huge political potential'

Political complications and policy-related content that is difficult to understand are more likely to be perceived as bothersome, so game developers usually leave them out.

"I don't know if this is the best way to serve the audience, but the fact is that people who spend a lot of time and money on video games are primarily interested in intensive gaming experiences and don't want to be bothered by political complexity and how to make the world a better place," said Klimmt.

But politics and video games don't have to be mutually exclusive, according to Klimmt, who is sure there is a "huge political potential in a sophisticated combination of political or social messages with the entertainment value of a game."