Germany is just one of many countries monitoring the internet for possible traces of terrorists, arms dealers and criminals. But critics warn that the authorities might be overstepping their rights. 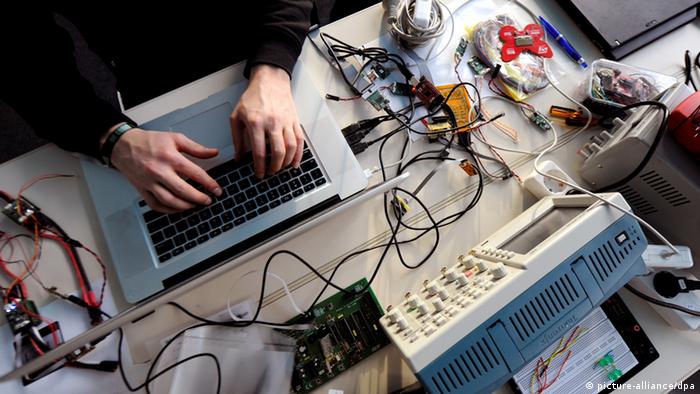 German Chancellor Angela Merkel is convinced that Germany, like other countries, has to protect itself against potential terrorist attacks: "We are dependent on being able to act and not being entirely at the mercy of the terrorists. And today, it's on the Internet that communication takes place."

Alexander Dix, data protection commissioner for the city of Berlin, is a lot more skeptical though. He calls for more restraint in the collection of data: "You don't have to follow conspiracy theories in order to suspect that data collected for fighting terrorism will also be used in other areas." The war against terrorism has become a killer argument that puts paid to any discussion. 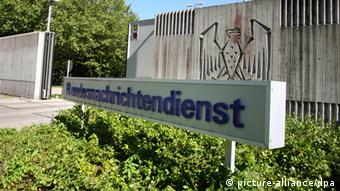 The German foreign intelligence service BND is legally allowed to monitor up to 20 percent of communication between Germany and abroad, checking for suspicious content by searching for certain keywords. So far, for technical reasons, the service has only been able to check some 5 percent.

Now, the relevant department is to be beefed up. According to a government spokesperson, the agency's budget is to be reorganized so that five million euros will be available to bundle the efforts against cyber attacks on Germany.

The spokesperson denied that there were plans for an even greater expansion of surveillance. The German news magazine "Der Spiegel" had reported the government had launched a 100 million euro project in order to strengthen the "technical surveillance" branch of the BND. A spokesperson for the BND refused to comment.

According to Dix, the laws anyway don't permit a more extensive control of data. And Constanze Kurz of Germany's Chaos Computer Club says that the BND is already working in a legal grey zone: "These are areas without proper legislation where no one is actually checking what the intelligence service is doing." 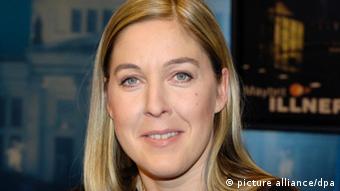 She argues that the parliamentary committee responsible for keeping an eye on the security services is unable to check properly. The group is made up of 12 members of the parliament who are sworn to secrecy towards the public. Member Hans-Christian Ströbele of the Greens admits that the checks are very limited - the government often fails to report important developments and even distributed false information.

Kurz insists that every citizen spied on by the BND should be informed of the fact. But it often takes years to find out such information.

The massive program to collect data by the US intelligence service NSA, the German plans to expand the activities of the BND, the data fed to services like Google or Facebook all suggest that there's no such thing as a private sphere once you're online. But whoever is worried about their data doesn't necessarily have to leave the Web altogether.

"There's a lot you can do," says Kurz. "And in fact it is very important that you do something. The technical protection of communication has become relatively easy." Mails and phone calls can be encrypted, movements on the web can be anonymous. Such precautions are secure and don't even normally slow down Internet connection. The programs one needs are available online.

But Kurz feels that many people are too lazy. They are not aware of the dangers and don't feel it matters to them. Everybody could end up as a target for the intelligence agency. Even those who should know better, like journalists or lawyers, often fail to be careful about their data. The same goes for companies, she warns, adding that especially here, "encryption should be obligatory." After all, intelligence agencies are involved in industrial espionage as a standard practice.

From cyber attacks to drones, President Obama has relentlessly pursued a revolution in military technologies. Europe must push to embed them in a global framework of rules before it's too late, writes Thorsten Benner. (13.06.2013)