Millions of German citizens use Microsoft, Apple, Google, Skype or Facebook on a daily basis. According to German politicians, the Prism affair is less of an American issue than a very troubling bilateral one. 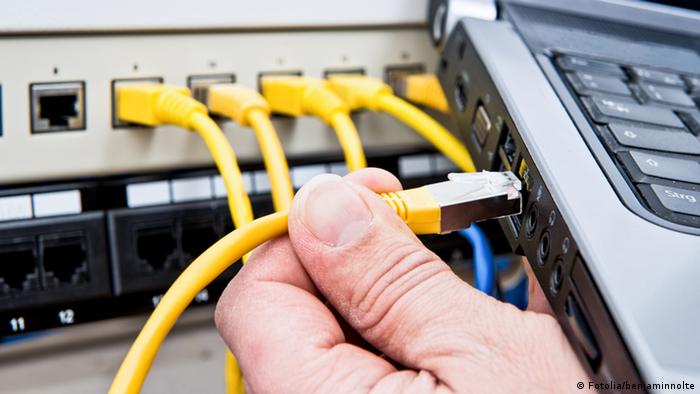 "Chancellor Angela Merkel will surely address that subject when US President Obama is in Berlin next week," said government spokesperson Steffen Seibert on Monday (10.06.2013). 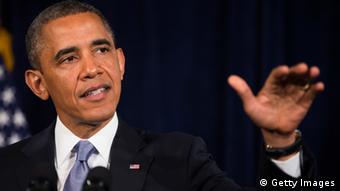 The subject in question was the US National Security Agency's (NSA) Prism program, a systematic collection of private user data by the NSA from American Internet giants: Yahoo, Microsoft, Apple, Google, Dropbox and Facebook were among the companies on the list.

As for the countries targeted, the NSA focused its efforts on Germany more than any other country.

German Justice Minister Sabine Leutheusser-Schnarrenberger has called the NSA's Prism program "alarming." She also considers the massive US Internet spy program unjustifiable - even in light of the threats of international terrorism. The fight against enemies of the state, the minister says, does not legitimate any means available.

Leutheusser-Schnarrenberger is known as a vehement defender of data privacy and for refusing to sign off on wide-scale surveillance measures. In January 1996 she resigned as justice minister when conservative politicians attempted to investigators to listen in on private conversations.

But there's indignation this time too among Merkel's conservative Christian Democrats. The US government is using "American-style Stasi methods," Markus Ferber, a member of the European parliament, told Reuters, referring to the former communist East German secret police. "I thought this era had ended when the [German Democratic Republic] fell." 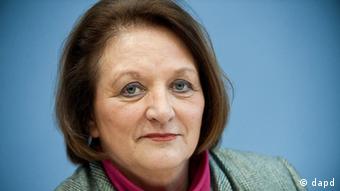 Germany's opposition Green Party is also demanding an explanation. The German government should shed light on the extent of Prism surveillance without delay, says Volker Beck, Green Party parliamentary whip: online searches of computers have no place in a free society under the rule of law. The Greens have scheduled a debate on the issue in the German parliament, the Bundestag.

Jan Korte of the Left Party's executive committee, goes one step further. He's demanding that the German government offer political asylum to Edward Snowden, the man has fled to Hong Kong after bringing the US surveillance program to public attention. Korte says that would be a clear signal for everyone throughout the world who threaten democracy and freedom with such surveillance programs.

Thus far, Germany's Social Democrats (SPD), the largest opposition party, have remained notably silent. Even the SPD's vociferous candidate for chancellor, Peer Steinbrück, has had nothing to say on the subject. Back in 2005, when the SPD ruled in coalition with the CDU/CSU party, the SPD voted in favor of wide-ranging surveillance measures. Customs officials who suspected that atomic, biological or chemical weapons were being delivered to Germany, for example, were authorized to listen in on telephone calls, to open letters and to monitor the Internet.

As might be expected, the German Pirate Party, for which Internet freedom is a major policy issue, has come out strongest. "it doesn't surprise us at all," says Frank Hermann, the Pirate Party's Internet expert. "It's got to be clear to every user that, when you're using email or 'cloud' services from American companies, that data ends up with the American government."

The Pirates, who are represented in a number of German state parliaments, aim their criticism not only toward the US, but also at the interior ministers of individual German states. They should reject any surveillance measures, including the storage of flight passenger lists or the long-term storage of data. 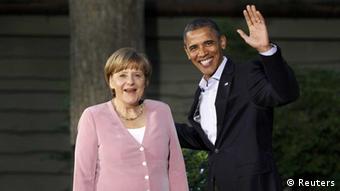 Obama and Merkel may have different ideas of privacy

German security agencies have said little. The Federal Criminal Police Agency, like its state equivalents, has its own cyber security unit. But it's not their responsibility if US Internet firms are spied on, said a spokesperson from the interior ministry in Germany's largest state, North Rhine-Westphalia

What is known, however, is that Germany's foreign intelligence agency (BND) does monitor and intercept e-mails. Up to 20 percent of Internet traffic going through German service providers is stored by the BND.

Germany's Federal Commissioner for Data Protection and Freedom of Information, Peter Schaar, wants a broad discussion of the issues. He wants Germans to think about whether they want their society to become a surveillance society, one that would cut back on fundamental rights.

According to Obama's spokesperson, Jay Carney, the US president does not believe his upcoming meeting with German Chancellor Angela Merkel on June 18/19 will be any more politically charged due to the Prism cyber-espionage scandal. As for further Prism revelations as they relate to Germany, Carney could not discuss them due to ongoing investigations at the US Justice Department.

The trial and tribulations of Bradley Manning

The trial of US soldier Bradley Manning has started. He's charged with leaking thousands of secret documents to Wikileaks, some of which allegedly revealed war crimes. But is he a hero or a traitor to the US army? (03.06.2013)