How Kashmir is trapped by a 'killer highway'

The Srinagar-Jammu National Highway connecting the Kashmir valley to the outside world is one of the most treacherous roads in South Asia. In 2019, more people died on the highway than in Kashmir's regional conflict. 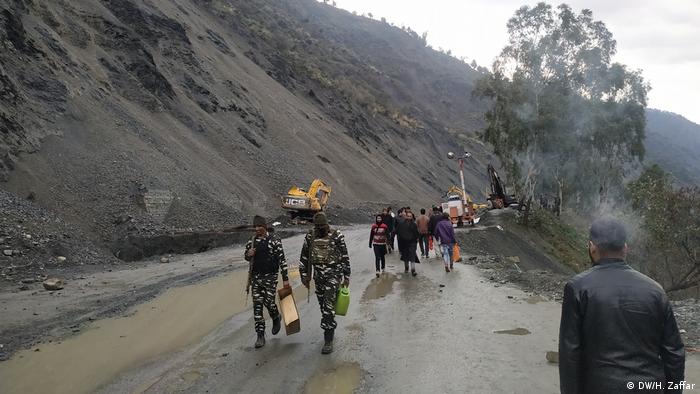 The mayhem started around midnight. The whimpers intensified into screams, as rocks began tumbling down the hillside towards the truck.

Ishtiaq Wani took out his identity card and zipped it securely in his pocket. "If I die, at least my family can identify my body," he said. Wani and two other passengers got down from the truck they had been riding in to find somewhere to hide from the falling rocks.

A few hundred meters down the road they found a hiding place in the darkness. Wani said it was hard to tell if it was a dilapidated bus stand or an animal shelter. Soon dozens of people scrambled into the tiny space, running for their lives as rocks and boulders tumbled at them in the pitch black from down the mountain.

Moments later, the sound of rock smashing into metal broke out, followed by the painful shriek of a man that echoed across the valley. "It was frightening. The sound still rings in my ears. We knew some poor soul had been crushed to death by a falling boulder. Men, women and children all cried. We thought we were next," Wani said.

Half an hour later, someone confirmed that a truck driver sleeping in his cab a few hundred meters away from the group had been hit by a large boulder that had rolled onto the road from high up in the mountain.

The crushed diver had been the second death at the same spot within 12 hours on the Srinagar-Jammu National Highway — the only fully operational road connecting the conflict-torn Kashmir valley to the rest of the world. 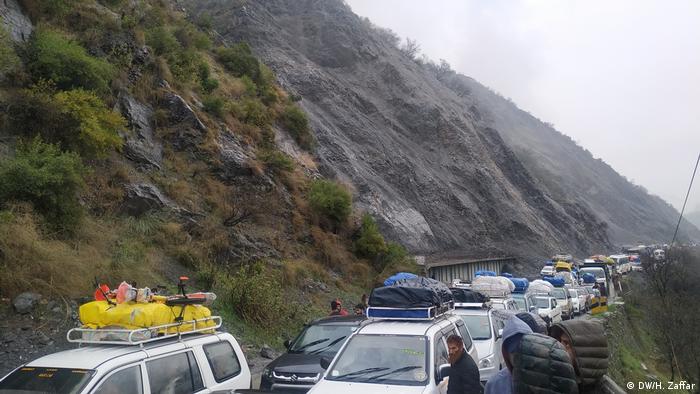 Accidents on the 270-kilometer (160-mile)-long highway cause hundreds of deaths every year, often surpassing those caused by the armed conflict in the region.

In 2019, for instance, violence in the Kashmir valley killed 366 people, whereas accidents on the highway claimed at least 447 lives. "There were at least 252 deaths in and around Udhampur on the northern belt of the road and 195 on the southern belt of Rambhan," said Liaqat Ahmad, a traffic official working in the Kashmir Valley.

While authorities attribute the high frequency of road accidents to the mountainous terrain that is prone to landslides and falling rocks, many from the valley believe there is more to the problem.

Near to where Wani and fellow passengers were taking refuge, Imtiaz Ahmed, a Kashmiri driver has been blocked from moving forward by local army personnel. The officials ordered the drivers to move their vehicles to one side to make way for a convoy of trucks.

Soon a shouting match broke out between angry motorists and the police.

"You treat us like second-class citizens. We have been stranded here for 24 hours, but you [security personnel] overtake us and move forward although we have been waiting here much longer," a frustrated driver yelled. 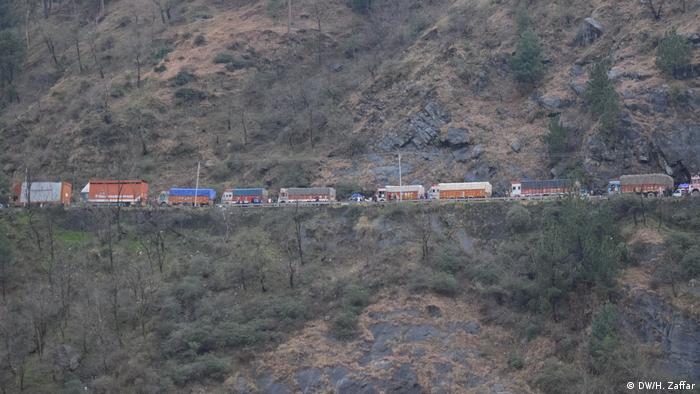 Thousands of military vehicles use the over-burdened stretch of highway every day, often creating congestion as military movement is prioritized over civilian vehicular traffic, which is often halted for hours. At times, the military has completely closed the road for civilian traffic.

In April last year, after a deadly attack on Indian paramilitary forces in which 44 security personnel were killed, the Indian government banned civilian traffic on the highway for two days every week to facilitate "safe passage" of military convoys. The decision also choked off essential supplies to the valley, which is dependent on the highway for all its needs.

"The highway cuts through many areas where mountains are held by loose soil. These mountains are also being blasted for road-widening purposes. Civilian traffic and hundreds of heavy army trucks pass through the area daily. There is a stress on the road beyond its capacity and it becomes prone to accidents," said Naveed Peerzada, a civil engineer from the region.

"It has also destroyed the ecology along the entire stretch. Springs have dried up in the entire area," he added. 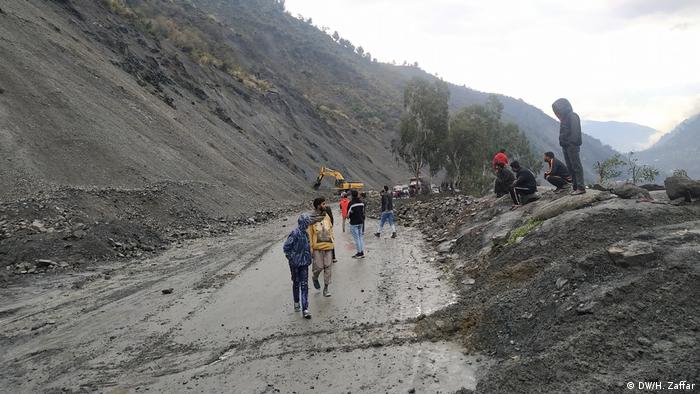 Experts also believe the Kashmir valley's absolute dependence on the route has led to the region's geographic isolation. The road is often closed due to bad weather conditions and in winter, the problem is aggravated by severe snowfall.

"This road has made Kashmir an enclosure," said Gowhar Bhat, a researcher at the AJK Mass Communication Research Center in Delhi. "Everything is regulated and mobility is controlled.  The Indian government has blocked all the routes of Kashmir with the outer world and even the knob of this road is with them. The government decides who can travel and when," Bhat added.

Kashmir awaits restoration of internet with hope and skepticism

The Indian Supreme Court ruled last week that the internet blackout in Kashmir was illegal. Residents are hopeful that the internet will be restored, but remain angry over lost time and income. Gowhar Geelani reports. (13.01.2020)