Were it not for the coronavirus-related cancelations, the world-famous Wacken Open Air festival would be taking place now, from July 30 to August 1. Initially an insiders' gathering when it started in 1990, the heavy metal festival has long since become a mainstream event, attracting fans from all walks of life.

But when heavy metal first emerged as a genre, in the 1970s and 80s, fans of the music were a provocative sight for the average citizen, with their long hair, all-black clothes, studded bracelets and patches with terrifying imagery. Heavy metal was identified with glorifying violence, drugs and Satanism. And metalheads got a kick out of being seen as the "bad kids on the block" or the "bad kids your parents always warned you about."

Like all rock styles, metal has its roots in the blues. But its direct forefathers are the hard and psychedelic rock of the 70s and include bands such as Led Zeppelin, Deep Purple or Black Sabbath, who were already playing riff-based, hard rock. By the end of the decade, heavy metal went a step further, with even louder and harder tones.

First adopted by kids of the working class, youths from conservative families also quickly realized that listening to the music was a great way to drive their parents crazy.

"It's a subculture that's easily accessible. Everyone can participate; everyone is accepted," says music journalist Carsten Schumacher, who has been a heavy metal fan since the 1980s. "You can come from any background; it doesn't matter. What's important is to share the passion for the music, to set yourself apart from the mainstream and be into things that others might find stupid." 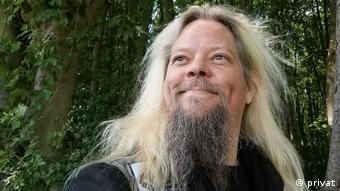 From specialized subgenres to mainstream hits

Metal attracted a wide group of people who couldn't identify with mainstream culture or who didn't feel understood. Accordingly, the music became more and more diverse and playful, and numerous subgenres emerged in the 80s, from power metal to speed ​​and thrash metal to black, Viking or folk metal. 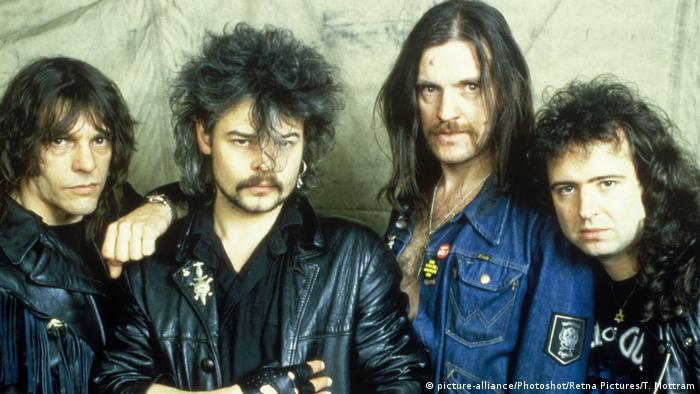 Soon, metal formations were no longer limited to the drums, guitar and bass trio; various groups were going for experimental additions, from the medieval hurdy-gurdy to Brazilian drums. Even synthesizers, which were initially frowned upon by metal purists, eventually found their way into the genre as well.

But some bands managed to go beyond the niche genre and become extremely popular. Researcher and journalist Jörg Scheller describes in his 2020 book, Metalmorphoses: The Unlikely Changes of Heavy Metal (Metalmorphosen: Die unwahrscheinlichen Wandlungen des Heavy Metal), how the underground scene with a rebellious attitude became a mass phenomenon. "Heavy metal is now even used by some companies for advertising," Scheller told DW.

But doesn't every countercultural movement gradually become part of the mainstream? Everything is a question of perspective, says Scheller: "This applies to liberal consumer cultures, but certainly not to fundamentalist theocracies. In Iran, for example, heavy metal is still underground." But, he adds, in our culture, every new genre seems to have eventually found its way to normalization and commodification. Even more than punk or hip-hop, metal has obtained widespread approval and is seen as representing something reliable and solid. In addition, heavy metal musicians and fans enjoy the reputation of being particularly relaxed people. Schumacher explains how hard music and chilled environments are compatible: "Regular outbursts of rage in creative circles is a form of mental hygiene. There are hardly any brawls at metal festivals."

So is metal, once known as the dark heart of rock, now just a digestible music genre for the masses? "The glowing core of metal is still about freedom," believes Scheller. 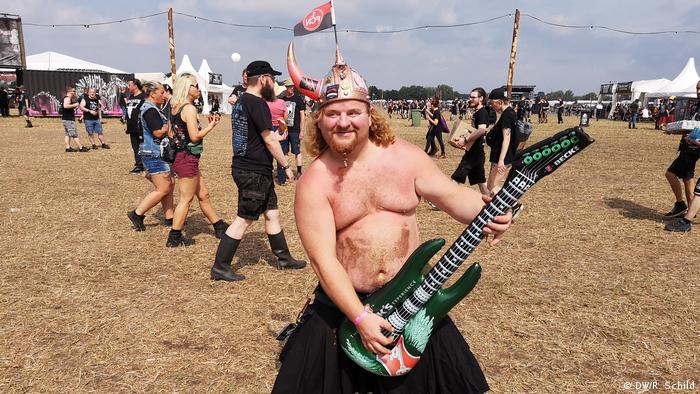 And heavy metal remains a tool of empowerment for many people to this day. All-female bands, for example, or groups from Tanzania, Iran or Indonesia, find a high-powered form of expression through this music: "When I hear how they can free themselves with this music, I feel connected to these people," says Schumacher, who is constantly searching for new bands from unexpected corners of the world.

Like hardly any other style of music, heavy metal can be at the same time pathetic and ironic, serious and playful, virtuoso and simple. But above all, metal still leaves room to deal with discomfort, an aspect that fascinates Jörg Scheller: "Metal does not suppress the evil, cruel and abysmal aspects of our existence, but critically transforms them into sound, text and image. It's the hardest form of mimesis, to quote the secret metalhead Adorno." That's why we should all head to the mosh pit ⁠— as soon as it's possible again.

Everything you need to know about Wacken from A to Z

The world's biggest heavy metal festival is held in the German village of Wacken. Nearly 80,000 metalheads get together each year to break records in headbanging. Here's a guide to everything you need to know.

Like all varieties of rock music, metal found its way from the underground to the mainstream over the years.

30 years of Wacken: How a village became a heavy metal mecca

Wacken Open Air is one of the world's biggest heavy metal festivals. What started as a village music festival 30 years ago meanwhile draws metalheads from all over the world. Here is what makes W:O:A so unique.

It's been a long wait for heavy metal fans. But now, after a two year hiatus during the pandemic, one of the world's biggest heavy metal festivals is back. Wacken is once again hosting 85,000 metal fans for three days in a field in northern Germany.