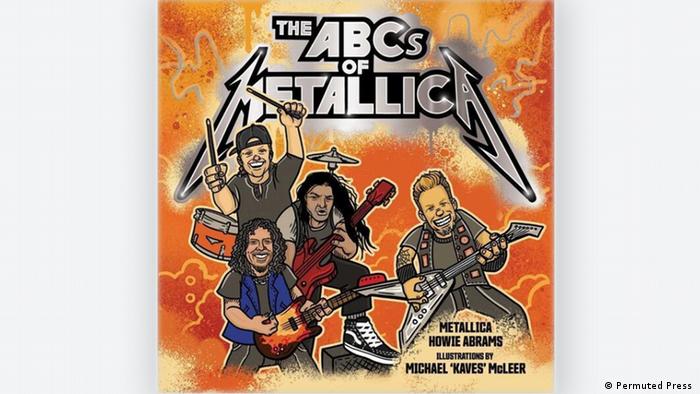 The band announced back in July that there would be a children's book coming out. Published on November 26, The ABCs of Metallica is a project that's very close to the hearts of all the band's members. After all, they're family people and support charitable causes with their foundation All Within My Hands. Part of the book's proceeds are to flow into the non-profit organization as well.

Beyond the new generation of admirers, the group's die-hard fans will enjoy sharing the band'shistory in rhymes and illustrations with their children — perhaps hoping they will become the next generation of heavy metal talent.

Each letter of the alphabet stands for a moment in the history of the band that was founded in 1981. For instance, the letter "K" stands for guitarist Kirk Hammett; as a teaser for the book, he introduces the entry himself on YouTube.

"G" is for Garage Days, referring to the EP of covers released by the band in 1987. The book includes anecdotes about other classic albums, such as Master of Puppets (1986) and St. Anger (2003) and songs — "E" is for Metallica's 1991 hit, "Enter Sandman." The colorful encyclopedia also reveals fun facts about the members of the band.

The book also includes a tribute to bassist Cliff Burton, who died in 1986. The band was involved in a serious accident with their tour bus, which Burton did not survive. US magazine Revolver published the two pages of the book dedicated to "C" for Cliff:

"He played his bass like a master.
His music was a gift to all.
Among the greatest musicians in history,
Cliff Burton will forever stand tall."

Alongside the poem is a drawing of the musician, as always dressed entirely in denim, with a flowing red mane and angel's wings. The band still celebrates him today during their live concerts. 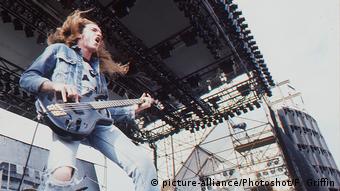 Bassist Cliff Burton was killed in a traffic accident involving Metallica's tour bus in Sweden in 1986; he was 24

The lyrics in the book were written by Howie Abrams, who has published several music books. The illustrations are by graffiti artist Michael "Kaves" McLeer, who also worked on the 2012 exhibition "Obey Your Master," which showed how artists and musicians were inspired by Metallica.

The book is another addition to the band's extensive merchandising selection. In addition to common accessories, there are also exceptional items like wetsuits for surfers, coolers, Christmas tree ornaments, camping chairs, and cufflinks that cost $250 (€227). The most expensive pieces are the limited edition "Enter Sandman" watches for a whopping $750.

How Wacken keeps renewing itself after 30 years

Wacken Open Air founder Thomas Jensen couldn't have imagined 30 years ago that his festival would turn into a heavy metal mecca. DW talked to him about bands from war-torn countries, new "Made in Wacken" fans, and more. (02.08.2019)