How Germany got the Russian Revolution off the ground | Europe | News and current affairs from around the continent | DW | 07.11.2017

How Germany got the Russian Revolution off the ground

The Russian Revolution has gone down in history as the victory of the workers and peasants over the czarist rulers. Few people realize the German kaiser was also involved: He gave aid to the Bolsheviks in 1917. 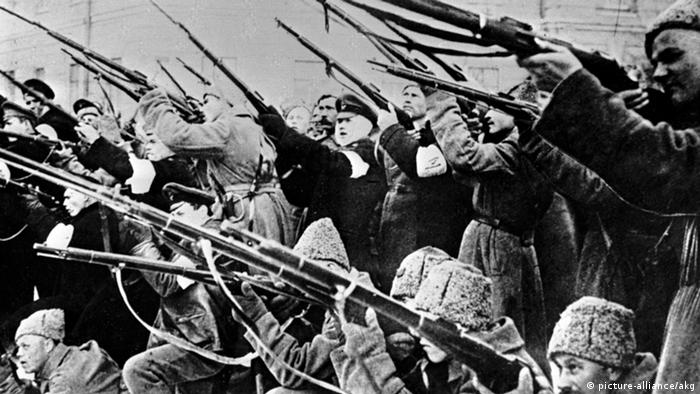 Zurich, April 9, 1917: 32 Russian emigrants are at the train station, waiting to depart. But they're not the only ones there. Shouts of "traitors, scoundrels, pigs" ring out at the travelers. Supporters of the group are also there, singing "The Internationale." The tracks are blocked for a short while, then train moves off.

The German chartered train was provided by Kaiser Wilhelm II with the aim of furthering the Russian Revolution. In one of the wagons sat none other than Vladimir Ilyich Ulyanov, better known as Lenin. With German help, Lenin left his exile in Switzerland and, a week later, reached his destination: Petrograd, which would later be renamed to Leningrad then changed back to today's Saint Petersburg. 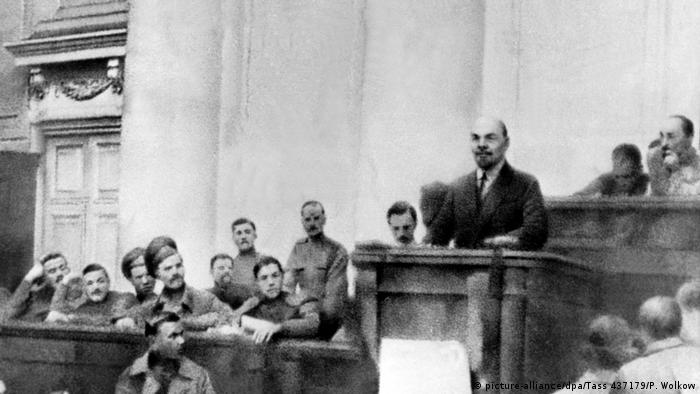 "He is working according to our wishes," German military leadership said of Lenin

In Russia, the February Revolution was just over, Czar Nicholas II had been swept from the throne, a provisional government was in office, and the October Revolution was not yet in sight.

Lenin's return to his home country was followed with great attention in Berlin.

"Lenin's entry into Russia was a success. He is working according to your wishes," was the message Germany's top army command sent to its Foreign Office.

A political paradox, or so it would seem: Kaiser Wilhelm II joining forces with the communist Lenin. The German emperor's aim was to finally undermine the czarist empire with which the so-called Central Powers - Germany and Austria-Hungary - had been at war since 1914.

The October Revolution 100 years on: 'Russia hasn't dealt with the past'

From What remains of the October Revolution in St. Petersburg

Berlin's strategy was clear: Lenin and his Bolsheviks were meant to destabilize Russia thereby — in the middle of the First World War — easing the burden of fighting on the Eastern Front. The German Empire was relying on an old rule of diplomacy: The enemy of my enemy is my friend. And the plan worked.

The idea originated with a man who took the communist nom de guerre"Parvus," or the little one: Israel Lazarevich Gelfand. He was a Russian Jew who at the end of 1914 had already been using his influence to offer the German ambassador in Constantinople an alliance of "Prussian bayonets and Russian proletarian fists." He claimed that the interests of Germany and the Russian revolutionaries were identical. After some initial skepticism, he was granted an audience in Berlin. 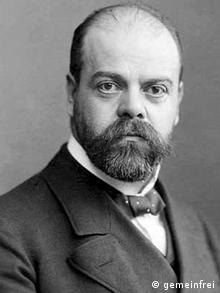 Israel Lazarevich Gelfand: the "little one" who sparked a revolution?

Gelfand, who liked to live in style and surround himself with women, first came to Germany in 1891. He wrote for left-wing newspapers under various pseudonyms and met with all the leading communists of the day: Rosa Luxemburg, Karl Kautsky, Lenin and Leo Trotsky. However, the comrades mistrusted him on account of his anti-socialist lifestyle.

After Bloody Sunday on January 22, 1905, when the czar's Imperial Guard shot demonstrators in St. Petersburg and killed more than 200 people, Gelfand and Trotsky were among the first Russian exiles to return home. They assumed positions as heads of councils but were later arrested by the police.

Gelfand ended up imprisoned in Siberia. He managed to escape and, after founding a business empire in Constantinople, became a rich man. He even owned bank, which led his old communist friends to turn their backs on him. Trotsky even wrote an "Obituary for a Living Friend."

The outbreak of war in 1914, however, presented Parvus with an opportunity to exert his influence. Following a visit to the German ambassador to the Ottoman Empire, he was received at the Foreign Office in Berlin in February 1915.

The Russian revolution in 23 pages

The Russian communist, with his journalistic background in Germany and business success in Constantinople, wrote the script of a revolution for the Foreign Office. It was a roadmap for what actually happened just a few months later. Over 23 typed pages, Gelfand detailed how a foreign-backed coup could be successful. For him, it was a question of money, sabotage, and toppling the government. One month later the German imperial treasury approved 2 million marks "to support revolutionary propaganda in Russia."

Gelfand was also active in a personal capacity. There was hardly any separation between his business interests and his political aims. He was the classic war profiteer, dealing with everything and everyone: arms, metals, cognac, caviar, cloth. The road to the east was blocked by the fighting, so his aides smuggled goods via a Swedish village on the border with Finland, which at the time was a grand duchy within the Russian Empire, and paid bribes to the border guards. 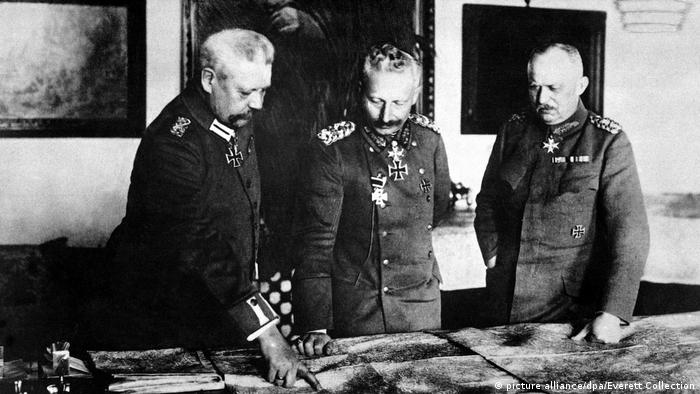 The phrase "I bring greetings from Olga" indicated that the Russian revolutionaries were getting more than just propaganda support. Weapons and dynamite also crossed the border. With the help of these "presents from Germany," ships were sunk in Archangelsk and ports were set alight. Parvus' actions were coordinated by the German ambassador in Copenhagen, Count Ulrich von Brockdorff-Rantzau, who believed supporting the communists was justified if it helped destroy the war coalition.

Gelfand's cunning plan eventually bore fruit. On November 7, 1917, a coup d'état went down in history as the October Revolution. The interim government was toppled, the Soviets seized power, and Russia later terminated the Triple Entente military alliance with France and Britain. For Russia, it was effectively the end of the war. Kaiser Wilhelm II had spent around half a billion euros ($582 million) in today's money to weaken his wartime enemy.

Parvus was directly involved as the middleman for the German kaiser. The man who helped Lenin's revolution succeed was described posthumously by the German Marxist Clara Zetkin as a "whoremonger of imperialism." Gelfand died of a stroke in Berlin in 1924, at the age of just 57. Both the Soviets and the German Empire drew a veil of silence over the historic role he had played.

Lenin was briefly discredited among Russian communists as the recipient of capitalist support, but after the murders of the czar and his family on July 17, 1918, he went on the offensive. At a party conference, he said that he was often accused of having achieved revolution only with the help of German money. This, he countered, was something he had never denied. Instead, he insisted, "I would, however, like to add that we will stage a similar revolution in Germany with Russian money."

The impact of Bolshevik Revolution on South Asian politics

The 1917 Russian revolution had a great impact on South Asian political movements and leaders. DW talks to renowned Pakistani social activist and author Harris Khalique about its relevance today. (20.10.2017)