Estrangement from history: 100 years since Russia′s February Revolution | Europe | News and current affairs from around the continent | DW | 23.02.2017

In February 1917, the reign of the Romanov czars came to an end. This event was a precursor to the October Revolution later that year. In Russia, what went on in February is not widely known. 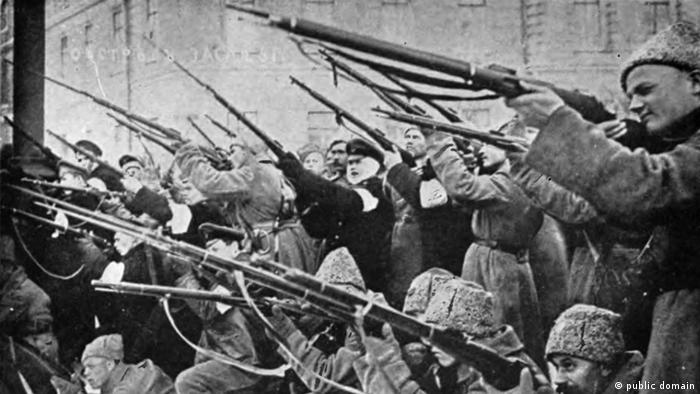 It's a date that cannot be ignored: February 23, according to the Julian calendar (March 8 in the Gregorian calendar). It is a date that forces Russian society to confront a part of its history that for many is difficult to reckon with. A 100-year anniversary usually involves state-organized events. But that's not so for the February Revolution in Russia as some fear opening this door to history.

According to Nikolaus Katzer, head of the German Historical Institute in Moscow, the conspicuous restraint surrounding the centenary has much to do with the Russian historical narrative. A dominant factor in this narrative is the presentation of a state under control, rather than one that has descended into anarchy. In fact, 1917 and the years thereafter were certainly anarchical.

Last December, President Vladimir Putin ordered anniversary events should be prepared. But the official call came noticeably late. This fits the lukewarm sentimental value with which the February events are held. In Putin's renewed Russia, the government of 100 years ago is perceived as having been weak. That feeling pervades despite the revolution having done away with the monarchy, led by Czar Nicholas II, and Russia once again later becoming powerful under the Bolsheviks. 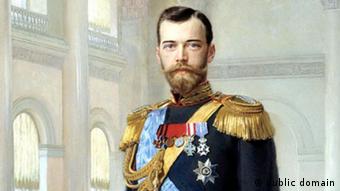 Still, many - from Kaliningrad to Vladivostok - hold the view that it was an era of Russian weakness. They are true to the old adage of being for whatever made Russia strong, great and confident is good - whether it was the Romanovs or Josef Stalin. Revolutions that endangered the continuity of the state, on the other hand, are bad. According to Yuri Pivovarov, a historian from Moscow State University, most Russians know nothing about the events that led up the more famous October Revolution, in which Vladimir Lenin's Bolsheviks took power.

Instabilityon the eve of the revolution

There is general unease about this chapter of history. One hundred years ago, Russia was on its knees. Famine and economic hardship, exacerbated by Russia's struggles in World War I, drove people to revolt. Russian troops had been on the retreat since 1915. Poland, Lithuania and territory stretching from the Daugava River to Romania had been lost. The entire Western Front had completely collapsed. Morale was at an all-time low. In 1916 alone, around half a million Russian soldiers deserted, while the people froze and starved.

The winter of 1916/17 was particularly harsh, with no wood or coal to burn. Industry was predominantly focused on production for the war economy. In order to finance the conflict, more money was printed. Inflation ballooned out of control and by the end of 1916 labor costs and goods had increased by an average of 400 percent. Russia still consisted of 85 percent farmland at the time, but strikes and radicalization were on the rise in the few industrial centers.

'Give us bread. We're starving'

Russia had seen industrial labor disputes in large ammunition factories even before the February Revolution. Long lines formed during the night in front of bakeries. Thousands chanted, "bread, bread!" Yet, rather than deal with domestic unrest, the czar decided to visit his troops. 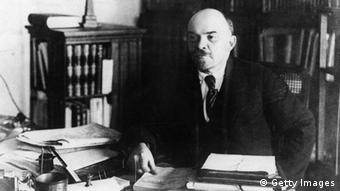 Lenin came to power in the October Revolution

The situation came to a head in the Putilov and Ayvas factories. Women workers, whose husbands were away at the war front, led these disputes. And while police were disarmed and beaten by the masses, the military was undecided on how to respond. Via telegram, the czar ordered an immediate crackdown on the uprising in St. Petersburg, then called Petrograd. The following day around 60 demonstrators were killed in a hail of bullets, but at the same time, there were entire regiments in the city showing solidarity with the strikers.

Within days, worker and soldier councils were formed. It was a complex situation. While the czarist regime declared a state of siege around Petrograd, the military had already called for support for the insurgents. Train stations and telegraph offices were occupied. The czar did not want to abdicate, but voices calling for his head continued to grow.

The bourgeois-liberal intelligentsia in the cities, which was very receptive to ideas about political reform, was carried along by the uprising. In particular, teachers, doctors and lawyers emancipated themselves from state restrictions. Russia had never before come so ideologically close to Western Europe.

Still, completely ignoring the realities in the factories, on the streets and in the cities, Czar Nicholas II telegraphed the president of the Duma and gave him orders to dissolve parliament. The parliamentarians refused to follow the order. Just one day later a Duma committee was established in order to bring back public order. Members of parliament took over government positions and a new commander-in-chief was installed. The Russian parliament declared itself to be the legitimate government. This was, like the events in Paris in 1789, the actual revolutionary act. The street uprising had turned into a genuine revolution.

Especially important for regime change was the restrained, tacit approval by the army generals. The interest of the military was unambiguous: They could not sympathize with liberal ideas. The essential factor was their interest in keeping the country's defensive capability intact, and in continuing the war.  The real decisive political battle only took place months later during the October Revolution, which the Bolsheviks won. It was only in 1922 that a new multi-ethnic state, the Soviet Union, was constituted. At least in terms of greatness and power, this date, rather than the February Revolution, is the one that Russians prefer to remember.

Russian investigators have exhumed the remains of the Czar Nicholas II and his wife Alexandra. Tests are to be performed as part of a new investigation into the murder of the Romanov family. (24.09.2015)

Whether French, Russian or Arab, revolutions have inspired composers to write music that supported revolutionary ideals or dealt with the historical events. And that includes critical voices, too. (06.09.2016)