How Erdogan fills a political gap for German-Turks

Turkish President Recep Tayyip Erdogan heads to Germany for a controversial state visit. Despite his authoritarian style, many German-Turks continue to cheer him on. Cabaret artist Fatih Çevikkollu tells DW why. 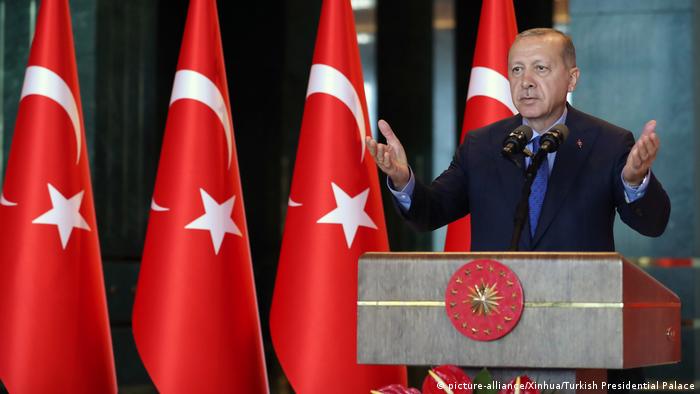 DW: You like to introduce yourself to audiences as a German-Turkish artist from the Cologne district of Nippes. Why?

Fatih Çevikkollu: Well, because that pretty well reflects the spectrum in which I find myself, that is German and Turkish — and Nippes.

You enjoy playing out the differences and conflicts between German and Turkish identity in your performances.

The people we are talking about here, these so-called German-Turks or Turkish-Germans, identify with Turkey to a degree and to a certain extent with Germany as well. They are a mélange of both; these are not Germans or Turks, but hybrids, the "best of the 1960s, 70s, 80s, 90s and the hits of today," so to speak.

Do you believe your audience can best understand these differences through laughter?

I want to make them think, but first laugh. When we laugh, we are all together.

So it's also about establishing a community? 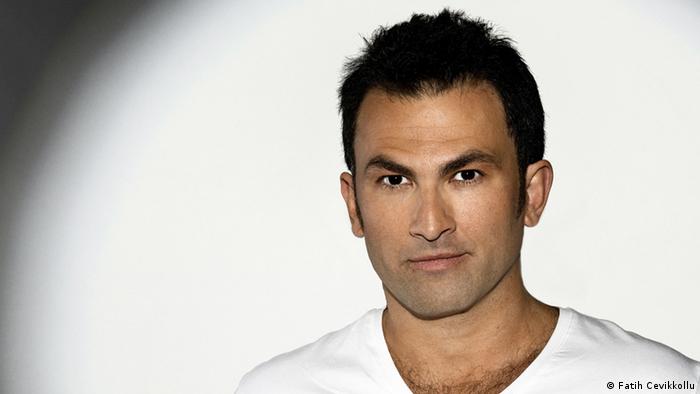 Fatih Çevikkollu wants to have fun while exploring German-Turkish identity

How does one align their German and Turkish identity?

It's not about alignment but awareness. It's about creating consciousness: To what extent can I claim that I'm Turkish if I was born and raised here? And to what extent can I claim to be German without the dominant society denying it to me? Then comes the self-determination to not leave this decision to the dominant society, but to myself define what is German and what is Turkish.

I feel really good, at home and interconnected here in Germany. And I enjoy getting out in Istanbul, Antalya or Izmir and feeling the same sense of attachment. It has a lot to do with language: I speak both languages. Language is the highest good, a key to another world. I have several keys to multiple worlds.

Nonetheless, I have the impression that is remains difficult to blend these worlds in Germany.

Yes. It's partly due to the history of migration here in Germany. For a long time there was a narrative that this is not an immigrant nation. There were the traumatic events of Solingen [Editor's note: on May 29, 1993, five women of Turkish origin died, and many more were injured, following a racist arson attack on a house in Solingen, northwest Germany].

Or on a political level, Helmut the fat, greasy Chancellor Kohl said he does not do "condolence tourism" [Editor's note: the chancellor refused to attend memorial services for the victims].

And on it goes. The view that emerged was, "They cannot and need not be here." As a parallel reaction, some [Turks] were stuck with the idea, "We're going back anyway." We, the second generation that are now in our 40s, grew up in this atmosphere of tension.

Judging by overwhelming support in the last Turkish election, why do you think so many German Turks identify with the kind of nationalism promoted by President Recep Tayyip Erdogan?

The sad thing is, here in Germany we missed the chance to give the Turkish people a sense of belonging. No one cared for decades: The Turks did not care, the Germans did not care. And now comes someone who scents this political vacuum. He realized, "Hey, here are votes! I'll go and smear ointment on the wound of non-belonging, non-participation, of not being recognized." He is saying, "We are Turks, I have not forgotten you. We are a country, we are behind you." Erdogan has directly filled this gap.

And I ask myself: Why didn't we manage to do that here in Germany? My theory is that this position doesn't bring in that many votes. To be against this stance and to further segregate gains more votes.

Read more: Turks in Germany praise 'our leader' after two-thirds vote for Erdogan

Does Erdogan's upcoming state visit to Germany deepen the gap between German-Germans and German-Turks?

The biggest problem is that this conflict is inciting people against each other. Because let's be honest: The fact that a president comes and leaves again is really just a side note.

What has to happen to allow Germans with Turkish roots to feel at home in Germany?

Fatih Çevikkollu, born in 1972, is a theater, film and television actor and cabaret artist with Turkish roots. In 2006 he was awarded the Prix Pantheon Jury Prize for his first solo show, "Fatihland."

Cem Özdemir, one of Germany's fiercest critics of Recep Tayyip Erdogan, intends to "send a signal" by attending a dinner for the Turkish president during his state visit. A host of lawmakers have pledged a boycott. (24.09.2018)

The Turkish president's hopes of addressing the German-Turkish community are closer to becoming reality. His upcoming state visit was described as a "betrayal" by journalist Deniz Yücel, who was imprisoned in Turkey. (19.09.2018)